Deputy Prime Minister Prawit Wongsuwon is one of the cabinet ministers targeted by the opposition.

The opposition camp is gearing up for a no-confidence debate, the second of its kind against the government, and is said to have a very long list of targets and allegations ranging from flawed management to corruption. The main issues will evolve around the handling of Covid-19.

While Prime Minister Prayut Chan-o-cha is the prime target of the upcoming debate, the opposition is said to be training their guns on 10 cabinet members from three coalition parties: the Palang Pracharath Party (PPRP), the Democrat Party and the Bhumjaithai Party.

The opposition parties are scheduled to meet on Sunday to review and finalise their targets and charges before submitting the no-confidence motion along with the details of the accusations to House Speaker on Monday. 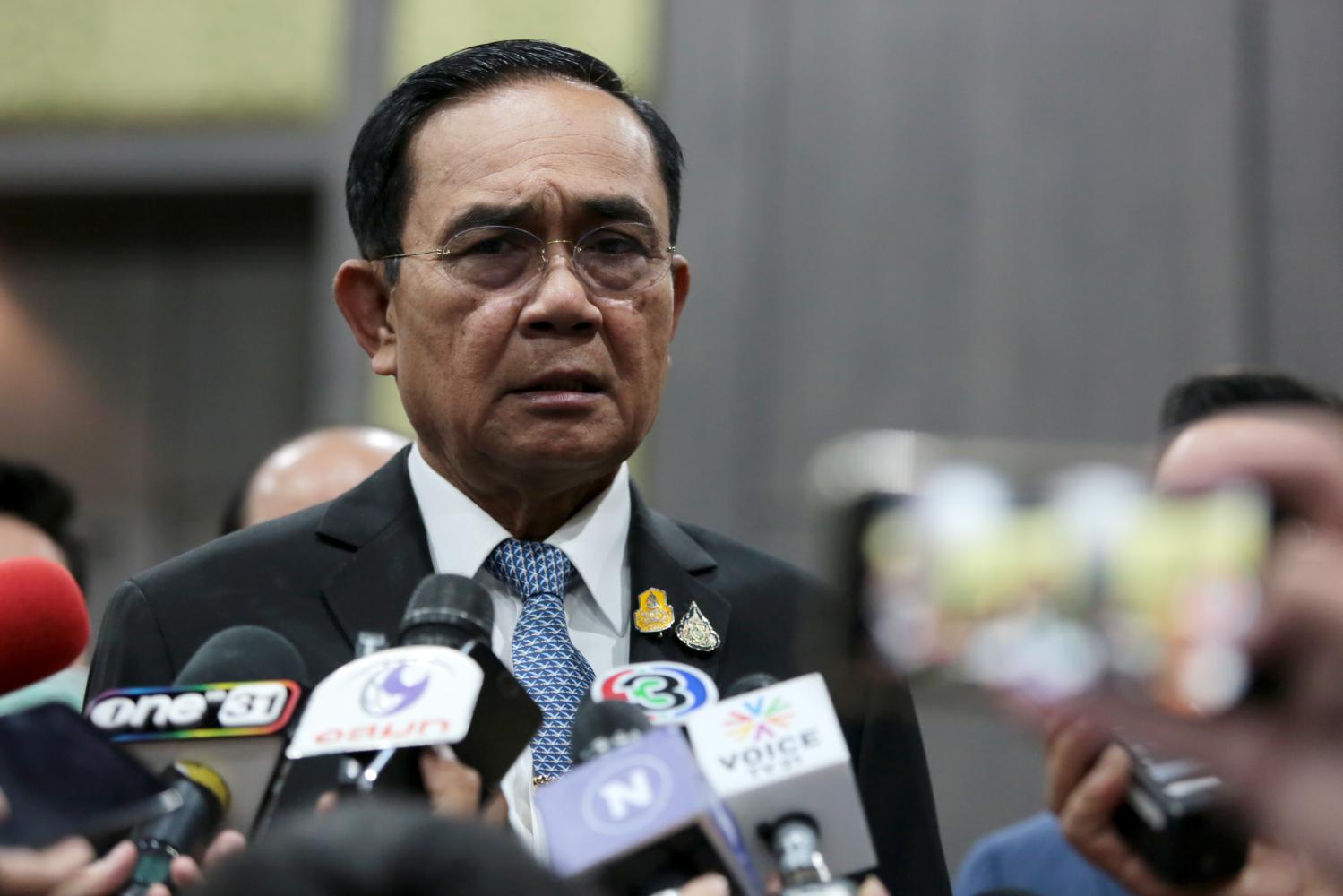 In the previous debate in February last year, Gen Prayut and four ministers faced a grilling and all comfortably survived a vote of no confidence.

Move Forward Party (MFP) leader Pita Limjaroenrat said the upcoming debate will zero in on Gen Prayut and Gen Prawit and will cover the government's failure to tackle economic, social and political problems as well as corruption.

Mr Pita said it does not matter if the government will survive the no-confidence motion, as the opposition's objective is to "open the people's eyes" and reduce the government's legitimacy.

However, a source close to the opposition camp said the opposition parties are not on the same page when it comes to who should be grilled and there seems to be some mistrust which they must overcome.

The MFP, a reincarnation of the dissolved Future Forward Party (FFP), and the Seri Ruam Thai Party are reportedly setting their sights on Gen Prayut, Gen Prawit and Mr Suchart over the smuggling of illegal migrant workers who are blamed as the source of the new Covid-19 outbreak.

However, they are concerned the main opposition Pheu Thai Party may not be committed to grilling Gen Prawit who was spared from the intense questioning in the previous debate.

At that time, the FFP accused Pheu Thai of shielding Gen Prawit by hogging most of the debate time and leaving the FFP members without any chance to question the targeted ministers.

Mr Pita, however, assured that he and the opposition leader will see to it that the incident will not be repeated.

According to the source, Pheu Thai is focusing on Gen Prayut over his alleged mismanagement involving illegal migrant workers and illegal gambling dens that led to the new virus outbreak.

The interior minister, the labour minister and Gen Prawit, who supervises the Labour Ministry, will also face the grilling over this. Capt Thammanat Prompow is said to be a target but the allegations against him are not clear.

Mr Jurin, leader of the Democrat Party, is likely to be grilled over the alleged hoarding of face masks in the face of the Covid-19 pandemic while Mr Niphon, also a Democrat minister, will face questions over the controversial Chana industrial complex in Songkhla that faces strong resistance from a coastal community.

Mr Anutin, the Bhumjaithai leader, is being targeted for his role as public health minister while Mr Saksayam has caught attention due to his role in the City Hall-Transport Ministry dispute over a fare increase and concession under the BTS skytrain system.

The MFP wants to grill Mr Anutin over the handling of Covid-19, but Pheu Thai argues that Gen Prayut should be grilled alone because he has invoked the emergency decree and put himself in charge.

Adul Khiewboriboon, chairman of a support group for relatives of the Black May 1992 victims, called on the Pheu Thai Party to use the no-confidence debate for the public good, not as a political tool for self-gain.

"I feel uncomfortable with reports about the party negotiating with those in power as to who will be grilled and who will be spared. I'm begging the opposition to do their job and maintain the public trust in the checks and balances system," he said.