Prawit: Seething at the Star faction

The Dao Rerk ("star") faction in the ruling Palang Pracharath Party (PPRP) claimed to be a new crop of young politicians who, as the group's name suggests, are capable of generating new "light" in the political arena.

But how they voted in last week's censure may well dim any glow the faction has been emanating.

By refusing to cast a confidence vote for Transport Minister Saksayam Chidchob, secretary-general of the Bhumjaithai Party, touted as the PPRP's most strategic ally in the coalition line-up, the six MPs aligned to the Dao Rerk camp did more than peeve the one person whose patience they should avoid testing the most: Deputy Prime Minister Prawit Wongsuwon, who is also the leader of the PPRP.

The four-day no-confidence debate in parliament, which drew to a close last Friday, provided telling evidence of cracks in the unity of both the government and opposition.

Bhumjaithai obviously had a shock when Mr Saksayam survived his vote by just 268 votes to 201, with 12 abstentions. Of the 10 censure-targeted ministers, Mr Saksayam pulled through with the highest abstentions, half of which came from the Star faction headed by Wathanya Wong-opasee, the flamboyant PPRP list MP.

Little did the faction members realise they might have to pay a price for their silent snub of Mr Saksayam, which was tantamount to offending Bhumjaithai.

A source in the PPRP said the normally cool-headed Gen Prawit saw red when he learned of the faction playing the abstention card.

Gen Prawit, at a recent PPRP executive meeting which he chaired, showed everyone present that hell hath no fury like a party leader defied.

Shortly before the censure vote, Gen Prawit suggested party MPs put their differences aside and give equal votes to the 10 censure-targeted ministers. The PPRP convened a meeting of members on Friday, the last day of the debate, to set the tone for the party's censure votes for the targeted cabinet ministers.

"Why did they [the Star faction] keep mum when I asked if they had issue with any particular ministers?" the source quoted Gen Prawit as telling the party executive meeting.

The deputy prime minister insisted the only befitting punishment was to expel the faction MPs but a political observer said one party's loss could be another's gain as the law permits purged MPs to defect to other parties.

The party source said Gen Prawit was furious partly because the PPRP had made a pact with its coalition partners that they would help each other when it came to censure voting.

"We gave them our word. They had our back but we got problems," Gen Prawit was quoted as saying by the source.

Gen Prawit said the Star faction's abstentions had been damaging to the PPRP's reputation and its members must face the music.

The source said several participants at the executive meeting were stunned because they rarely witnessed Gen Prawit showing anger.

At one point, a party executive spoke in defence of the faction, saying MPs enjoyed a legal right to vote as they pleased even if it meant going against their party's resolution.

This prompted PPRP deputy leader Paiboon Nititawan to recommend that an internal inquiry be launched to gather facts behind the faction's vote before more drastic action was taken.

Justice Minister Somsak Thepsutin, who is also a prominent member of the PPRP, is said to have urged party executives to wait for the findings of that inquiry before deciding what to do with the rebel MPs.

The source added that since the controversial censure vote on Saturday, Ms Wathanya had tried repeatedly to call Gen Prawit to clear the air with him ... but the party leader had refused to answer.

Although the PPRP will most probably opt out of banishing the faction members, the Star MPs could be prevented from running in the next general election. They could also be banned from serving in a House standing committee or removed from one if they currently sit on one.

Change in the pipeline?

Major political changes are in the pipeline following Wednesday's court ruling against key figures of the now-defunct People's Democratic Reform Committee (PDRC), whose months of "Bangkok shutdown" demonstrations ended with the May 2014 coup engineered by the National Council for Peace and Order.

A cabinet reshuffle had earlier been touted to take place in July or August when the government marks two years in office, by which time the Covid-19 pandemic is also expected to be under control due to the vaccine roll-out. 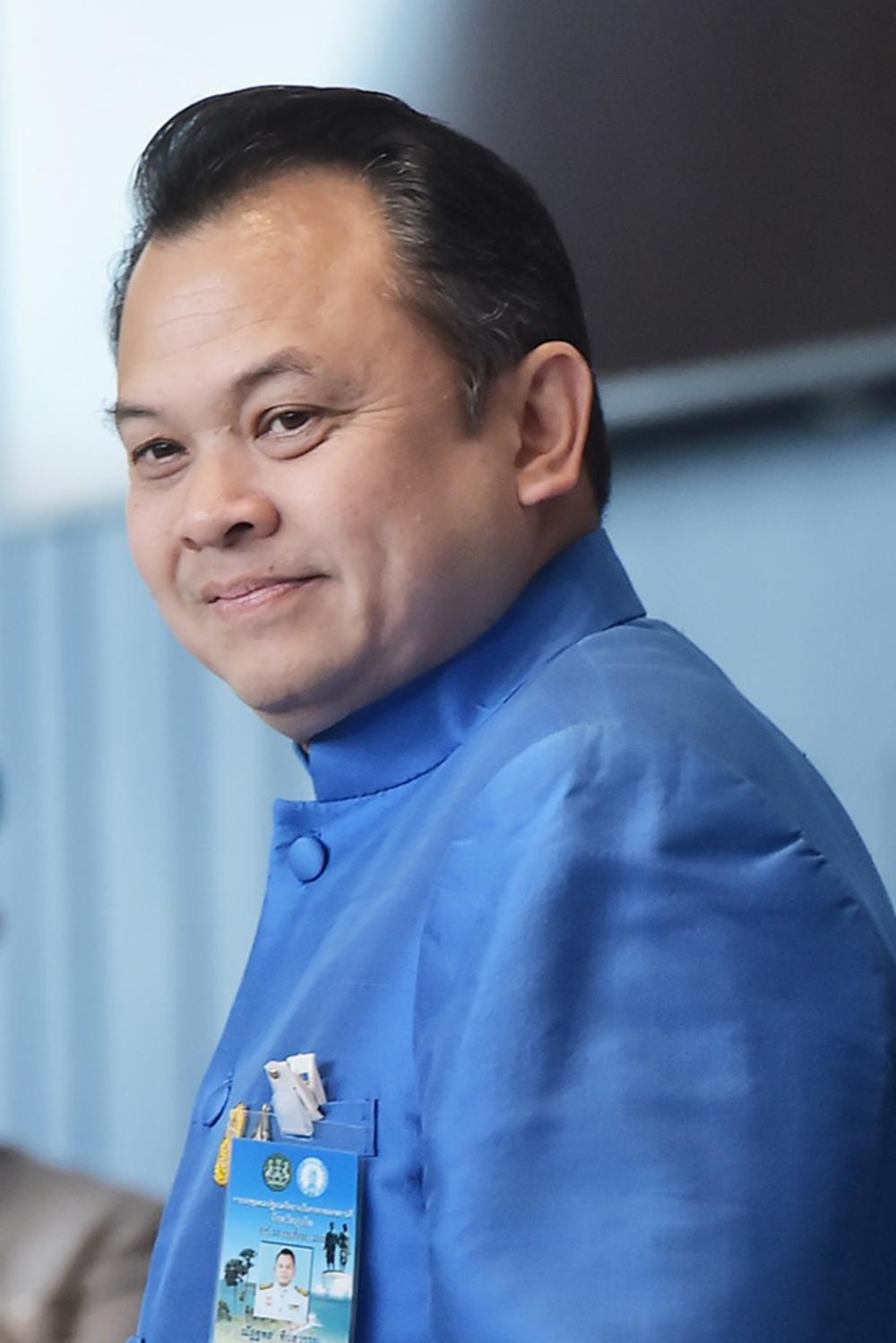 But the shake-up looks set to take place much sooner after three cabinet ministers -- two from the ruling Palang Pracharath Party (PPRP) and one from the coalition Democrat Party -- were handed prison terms by the Criminal Court for their roles in the street protests between November 2013 and May 2014 to oust the Yingluck Shinawatra government. The three were active protest leaders of the PDRC.

The court rulings will have ramifications on the Democrats, which also had two MPs sentenced to jail. Chumpol Julasai, an MP for Chumphon, received 11 years while list MP Isara Somchai was given eight years and four months.

According to political observers, prosecution and prison terms are nothing new to the PDRC leaders and supporters.

Figures from the now-defunct yellow-shirt People's Alliance for Democracy (PAD) and the red-shirt United Front for Democracy against Dictatorship have been through similar lengthy legal battles.

The fresh court rulings against the PDRC figures, however, may give core leaders of the anti-establishment Ratsadorn group a glimpse of what could be awaiting them in their future cases, according to political observers.

The Ratsadorn leaders, including Panusaya "Rung" Sitthijirawattanakul and Parit "Penguin" Chivarak, face multiple charges, many of which are as grave as those against the PDRC figures. The group's rallies have caused widespread concerns lately due to an increasing tendency by some elements among the protesters to resort to violence.

"The court rulings against the PDRC figures should remind them there are consequences that they must face for breaking the law," said Jade Donavanik, a legal scholar and former adviser to the Constitution Drafting Committee.

However, it is hard to say if the leaders of the Ratsadorn group will have second thoughts about their protest strategy, he added.

According to the academic, some Ratsadorn leaders might be unaware that they have broken the law because they think they are fighting for democracy. In their view, the PDRC was clearly in the wrong because the movement tried to oust an elected government.

Critics of the Ratsadorn group have slammed its leaders as "repeat offenders" and criticised police for being too lenient with them. They have been arrested and released on bail many times over the past several months and this angered people who wanted to see justice served.

However, the real deal is expected next month when public prosecutors handling legal cases against the Ratsadorn leaders must decide whether to indict them on charges related to the protests at Sanam Luang and Thammasat University on Sept 19-20 last year.

"They have been warned several times and let off the hook. So they take it for granted," said Mr Jade.

"But once the case reaches the court, justice will take its course and people who committed criminal offences will pay the price."