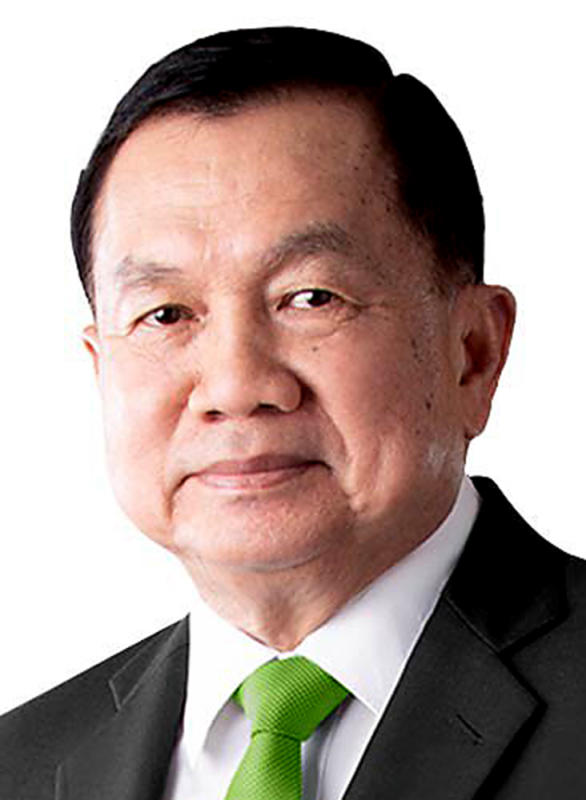 Capt Thamanat and Ms Narumon remain the party's secretary-general and treasurer respectively, but changes are looming over the ruling party, with the appointment of Wit Devahastin na Ayudhya as chairman of PPRP's strategic committee last week.

Hand-picked by PPRP leader and Deputy Prime Minister Prawit Wongsuwon, Gen Wit was the dark horse in the race for the position, as the head of the Sam Mitr faction Somsak Thepsuthin, also justice minister, had been expected to take the post.

The appointment of Gen Wit, one of Gen Prawit's closest confidantes, signals that Gen Prawit wanted to keep his distance from the Sam Mitr faction.

Gen Wit has worked with Gen Prawit in the field of sports for about 10 years.

Gen Prawit is the the president of the National Olympics Committee of Thailand; a source said Gen Wit will be appointed as the committee's secretary-general next month.

Observers have noted him as a key player in balancing Gen Prayut's role within the PPRP, after the PM pledged to work harder to narrow the distance between him and the party's MPs.

In an interview with the Bangkok Post, Gen Wit answers questions surrounding his new role in the party.

Why did you take the job as the PPRP's chief adviser?

Gen Prawit approached me and asked me to help him because he had no one he could trust. He looked unsettled and I wanted to help, so I took the job.

But you have no political experience, have you?

I'm not well-versed with politics. I'm a career soldier who helped Gen Prawit in the field of sports after retirement.

Now he needs my help and I think I should lend a hand. I want to do something for the country. I want to help stabilise the government and contribute to good politics. The goal is to unify and strengthen the PPRP to win elections.

When did you first meet Gen Prawit?

It has been about 30 years since I first met him in 1992, when I was transferred to the 12th Ranger Regiment in Sa Kaeo, which was under Gen Prawit's command. Since then he has been my boss and brother.

When we first met, he was prejudiced against me because of my family background. My father was an army general [Gen Yos Devahastin na Ayudhya, a former deputy defence minister and former PM's minister].

In the beginning, he thought I was no good but he eventually came around when he saw me work.

Some say there is a rift between Gen Prawit and Gen Prayut.

They are brothers, and their bond is unbreakable. It is normal to have disagreements over certain issues, but they always patch up their differences.

How is your relationship with Capt Thamanat?

We've known each other for a long time, since he worked for Gen Trairong Intaratat, or "Seh Ice", a retired army specialist. We can work together.

Some people think you're being groomed to be Gen Prawit's heir.

Gen Prawit never mentioned anything like that to me. I'm only here to help because he wanted someone he can trust. For me, it's just that and nothing else. I don't expect any position in return.

Still, there are rumours that you will assume the PPRP's leadership.

There is no such talk.

I'm only helping out with his workload. I did apply as a party member, as Gen Prawit asked me to apply two years ago. But I have no plan to enter politics, and I don't engage in the party's affairs.

How do you respond to claims you are being used to stop Gen Prayut from taking over the PPRP?

That is not true.

I'll help both Gen Prawit and Gen Prayut by coordinating with the party's MPs and they will carry on with their work in national administration and politics.

What is your plan for the PPRP?

I'm drafting a strategic plan for the party, with the aim of reducing friction between party MPs to unify PPRP.

I really believe that with the respect party members have for Gen Prawit, we can move forward and win the elections.