People put their signatures on a petition to end the lese majeste law on Sunday. (Photo: Apichart Jinakul)

Demonstrators were collecting signatures to propose the end of the lese majeste law, a protest leader said on Sunday.

Panusaya "Rung" Sithijirawattanakul said at a rally site in Ratchaprasong intersection the organisers expected to complete the collection of at least 10,000 signatures at the rally site in another bid to end the law.

She and other key members of the United Front for Thammasat and Demonstration led the rally to call for the end of Section 112.

The constitution empowers people to propose to Parliament a new law or an amendment to an existing law if they can gather at least 10,000 signatures of eligible voters.

The demonstration drew about 2,000 supporters occupying Ratchadamri Road before an evening downpour in the area caused them to seek shelter. 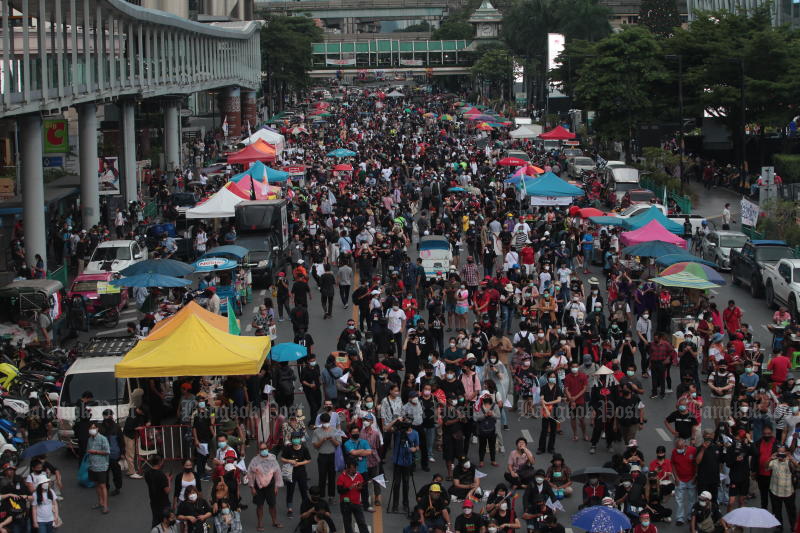