A Bangkok gubernatorial election is likely to be organised next year if the internal security situation eases and the capital is ready to hold the poll, Prime Minister Prayut Chan-o-cha said on Friday.

"[Whether the election happens next year] depends on how the country's situation turns out," Gen Prayut said. "Peace will have to be restored and conflicts curbed first because national security and stability always come first."

Gen Prayut appointed Pol Gen Aswin Kwanmuang as Bangkok governor on April 18, 2017, in his capacity as chief of the now-dissolved National Council for Peace and Order.

The prime minister elaborated on his previous comments regarding his intention to serve a full term as premier until March 2023.

Gen Prayut said the position of prime minister is a legal tenure and if the country's security situation is not tense, there is no reason to step down ahead of schedule. 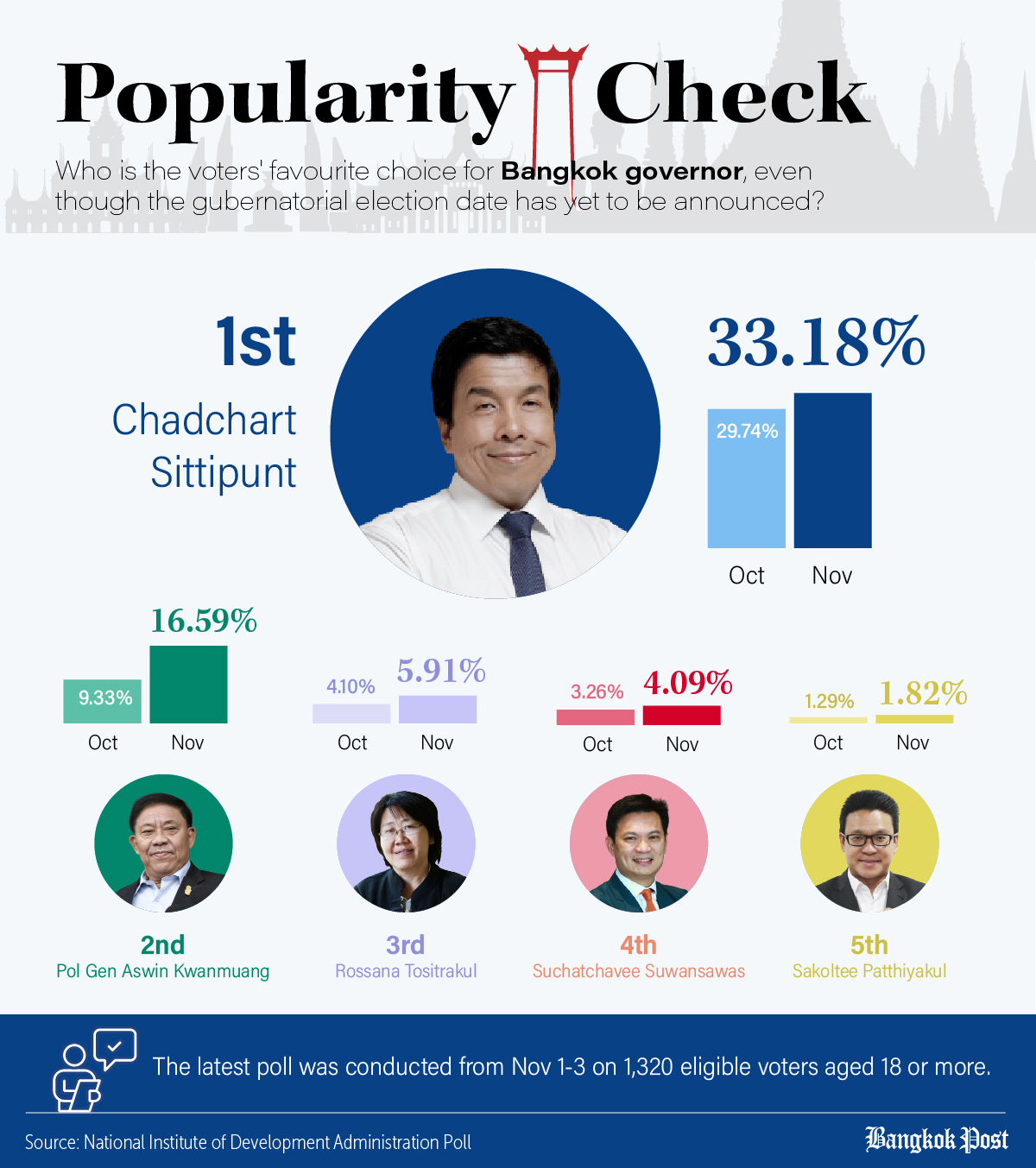