A source in the Palang Pracharath Party (PPRP) said the ruling party is planning to field Pathum Thani governor Narongsak Osottanakorn as a candidate in the Bangkok electoral race, which is likely to take place in April next year.

A former governor of Chiang Rai, Mr Narongsak became a household name in 2018 for his role in leading the rescue of the Wild Boar football team and their coach, who were trapped in one of the province's famed cave systems.

The source said Mr Narongsak was approached by the PPRP once more to stand as its candidate in the Bangkok election. 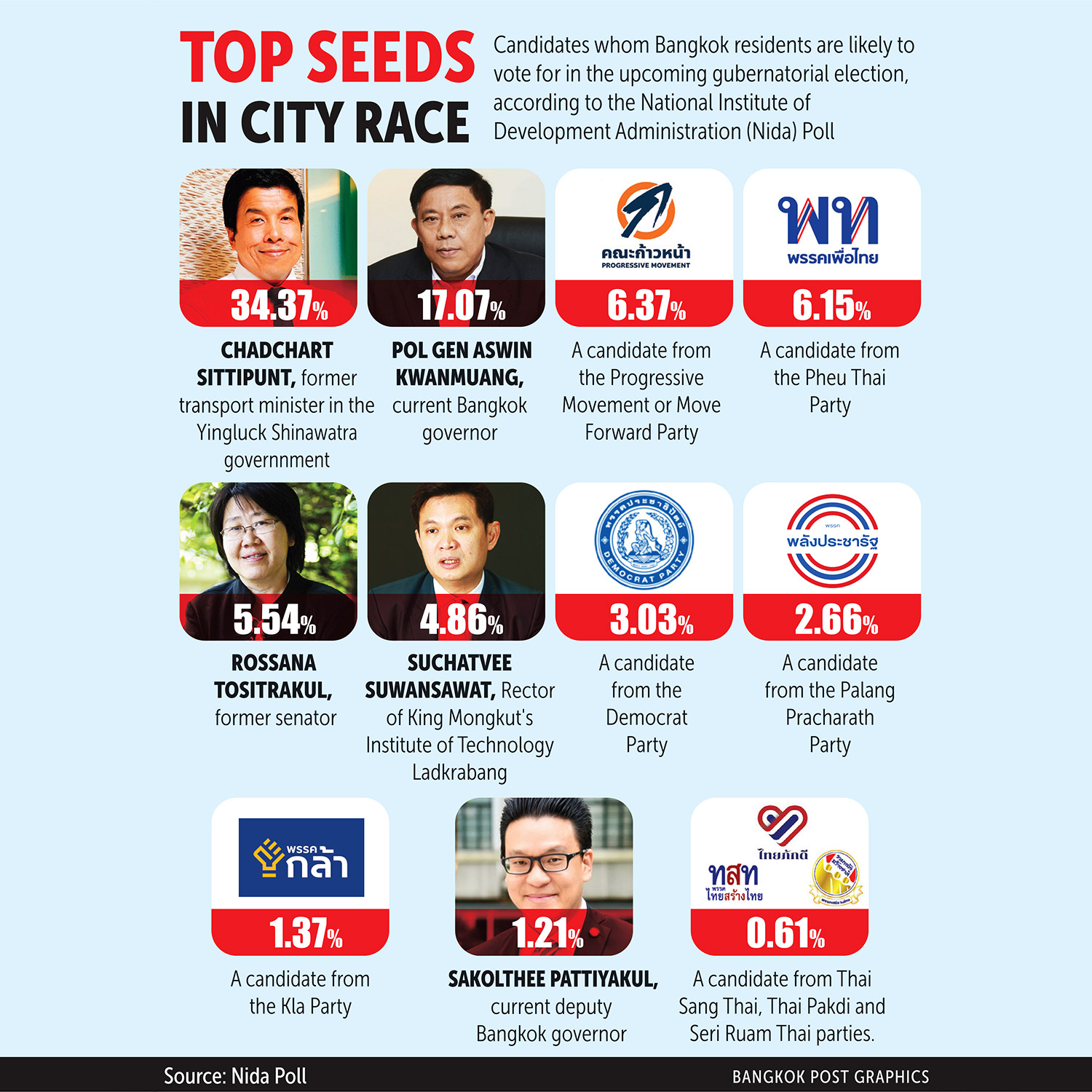 The Pathum Thani governor had earlier rejected the PPRP's offer to nominate him as a prime minister at the next general election, saying he has no political ambitions.

The party had approached a number of well-known individuals to represent it in the Bangkok election, though it eventually settled on Mr Narongsak, as he was deemed the mosSo t qualified to take on the job.

The source said Mr Narongsak said he was ready to enter the governor race on the PPRP's ticket.

Mr Narongsak, the party believes, will be a popular Bangkok governor candidate as he is considered a fresh face on the scene, with an unblemished record.

According to a survey by the National Institute of Development Administration (Nida) Poll, only 2.66% of respondents said they would back a candidate from the PPRP, far behind former transport minister in the Yingluck Shinawatra governnment, Chadchart Sittipunt (34.37%).

Other candidates which are said to be on the PPRP's radar include incumbent governor Aswin Kwanmuang and former national police chief, Chakthip Chaijinda.

The source said though Pol Gen Aswin is a familiar face, he lacks the "wow" factor.

It was reported last month that Pol Gen Aswin might replace Pol Gen Chakthip as the PPRP's choice of candidate.