Former key members of the Palang Pracharath Party have unveiled a new party and taken a firm position against Prime Minister Prayut Chan-o-cha.

"We will not propose Gen Prayut Chan-o-cha as the party's candidate for prime minister," Mr Sontirat said. "We are not setting up a party to prolong the power of any group."

Former deputy prime minister Somkid Jatusripitak could be one of the party's  candidates for the premiership.

"Personally, I think he is suitable," Mr Uttama said. "Frankly speaking, he has never abandoned us." 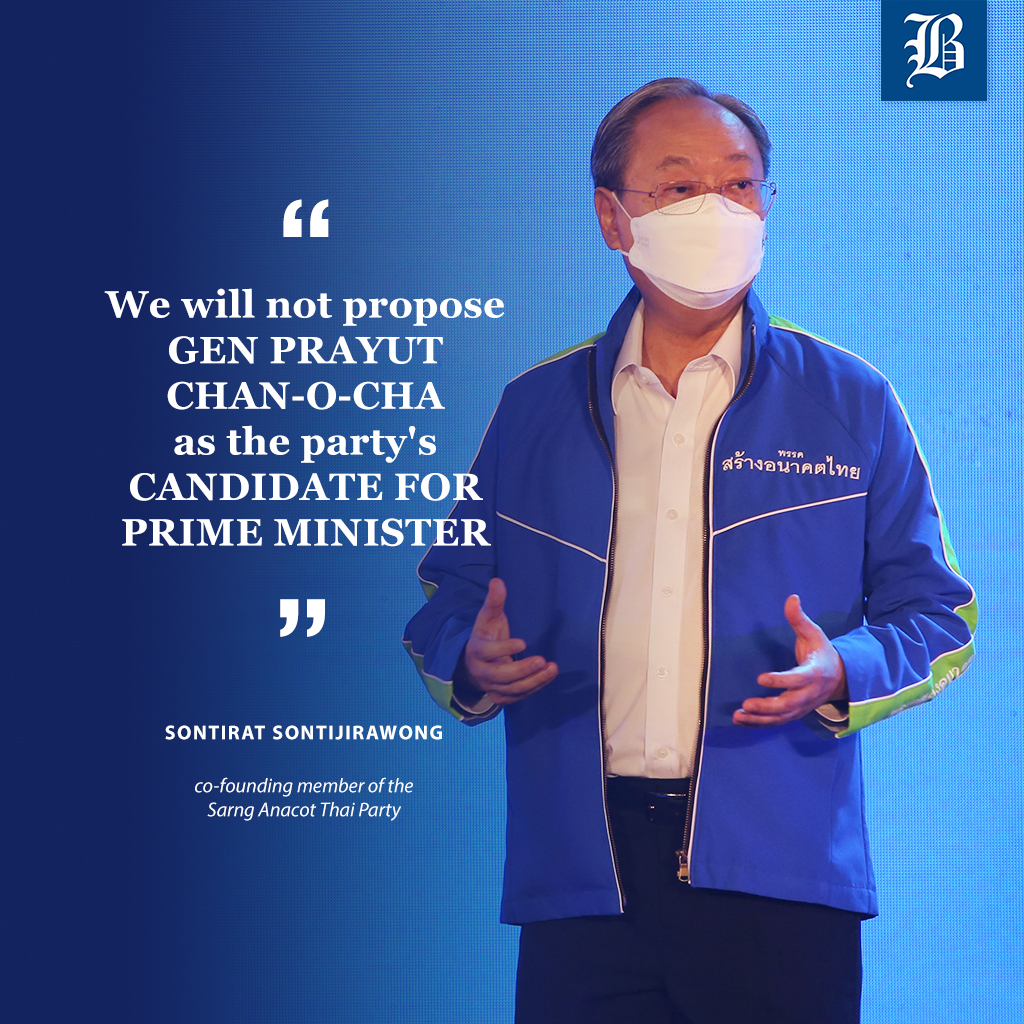 The party will decide on three people, one of them the party leader, qualified to serve as prime minister before short-listing to one candidate.

A person qualified to be a candidate for prime minister, who can lead the country out of political conflict, not be part of the conflict, Mr Uttama said.

Sarng Anacot Thai would vote to select the party leader and other key positions at a later meeting, the date yet to be set.

Mr Sontirat said the focus of the party would be on revitalising the economy.

It had long been expected Mr Uttama and Mr Sontirat would form a new party, ever since they resigned from Palang Pracharath in 2020 amid internal conflict within the ruling party. Mr Somkid also stepped down from the government.

Mr Uttama was the Palang Pracharath leader and Mr Sontirat the party secretary-general before leaving the party, which was formed to make Gen Prayut the prime minister in the general election.

Passengers fled as an air-conditioned, gas-fuelled bus burst into flames on Ngam Wong Wan Road in Nonthaburi on Monday night. One person received burns to her arm.

KYIV, Ukraine: Russian forces on Tuesday stepped up their offensive on the last pocket of resistance around Lugansk in Ukraine's eastern Donbas region, as the conflict entered its fourth month.

D.OASIS and Human X Club, together with its 30 Partners and 25 Leading Celebrities, launch “D.OASIS, The Sandbox Metaverse”