Aswin in no rush to decide on Bangkok governor bid

Bangkok Governor Pol Gen Aswin Kwanmuang walks to open an underpass on Maharat Road for the convenience of visitors to the Grand Palace on Monday. (Photo: Pormprom Satrabhaya)

Bangkok Governor Aswin Kwanmuang says he is no rush to decide whether he wants to compete for the job in an election.

Pol Gen Aswin said on Friday he would take three days after a decree confirming the Bangkok election is announced to make his decision on his candidacy.

“I have three days to make the decision. It will be easy and simple,” he told reporters at Government House. “I am the governor and I don’t see the need to make the announcement now.”

Pol Gen Aswin was handpicked by the now-defunct National Council for Peace and Council as the capital’s governor in August 2016 after the coup-making body removed MR Sukhumbhand Patibatra from office amid allegations of misspending state funds.

He is a distant second behind Chadchart Sittipunt in the monthly poll conducted by the National Institute of Development and Administration on voters’ preferences to run Bangkok.

Interior Minister Gen Anupong Paojinda has said the Bangkok election, the first in eight years, could be held in May, along with a poll in Pattaya.

The Palang Pracharath Party has kept the public guessing as to its candidate, with some believing that Pol Gen Aswin will be the ruling party’s choice. 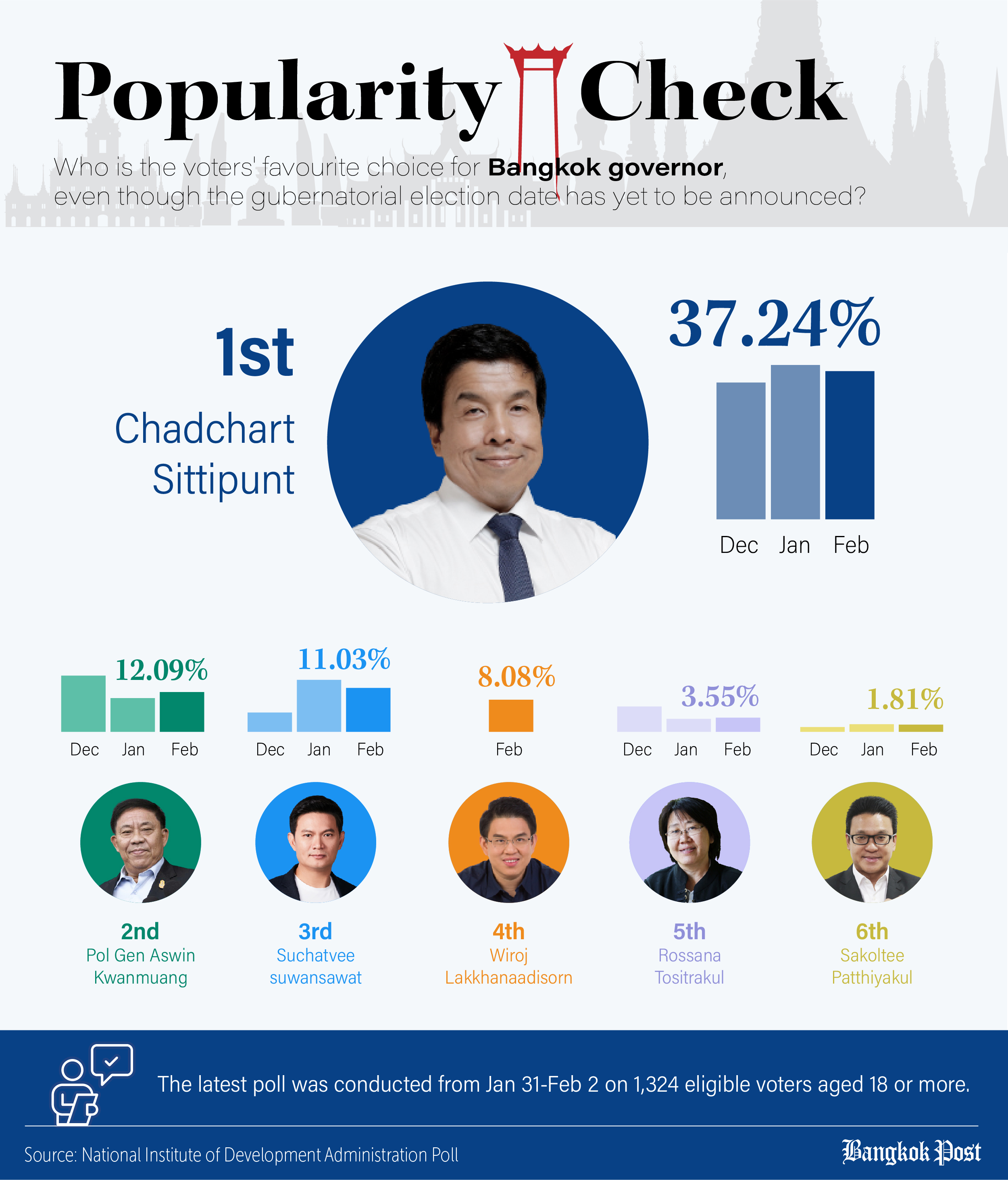 Indonesian President Joko Widodo ordered the temporary suspension of the local football league’s upcoming matches after a stampede at a stadium in East Java left at least 129 supporters and police dead.