Prime Minister Prayut Chan-o-cha on Tuesday distanced himself from a remark by Deputy Prime Minister Prawit Wongsuwon that there could be a House dissolution after the Apec summit in November.

Gen Prayuth said it was too early to say.

It was not even certain the Apec summit would be held in November, as scheduled. This would also depend on the Russia-Ukraine situation.

Gen Prayut was responding to reports of comments made by Gen Prawit during his meeting with representatives of small parties in the coalition on Monday at the Five Provinces Bordering Forest Preservation Foundation office on Phahon Yothin Road.

Gen Prawit reportedly told them the government needed the small parties' support until the Apec summit in November, after which there would likely be a House dissolution with a general election early in the new year.

On Tuesday, Gen Prawit admitted he talked about a House dissolution at the meeting on Monday, but said it was just his own opinion. The government would be at ease by then and he just thought the timeline was suitable, regardless who would be at an advantage or disadvantage.

A House dissolution was for the prime minister alone to decide, he said.

Asked whether he intended to stay on to complete his term or would dissolve the House of Representatives after the Apec summit, Gen Prayut said he saw no reason to talk about that right now.

"The situation will be the deciding factor," he said. Everyone should put the country first.

"The country has survived and overcome problems because the Thai people unite to fight whenever there are threats. But we have now been so divided and plagued with problems. Let's think what we can do," Gen Prayut said.

Gen Prawit confirmed on Tuesday that the leaders of all coalition parties, big and small, had been invited to a dinner with Gen Prayut this Thursday at the Rajpruek Club in Bangkok.

However, he said the Setthakij Thai Party, the new home of 21 former MPs of the Palang Pracharath Party (PPRP) led by Thamanat Prompow, had not been invited because it had not elected a party leader. "The party will be invited when they have a leader," he added.

Asked whether there would be a chance for Gen Prayut to meet with Capt Thamanat, Gen Prawit sidestepped the question. "You are trying to pit them against one another," he responded.

"No, let's not talk about Thamanat," he said.

Gen Prawit also declined to say if there would be a cabinet reshuffle, and whether PPRP would field a candidate to the Bangkok governor election. 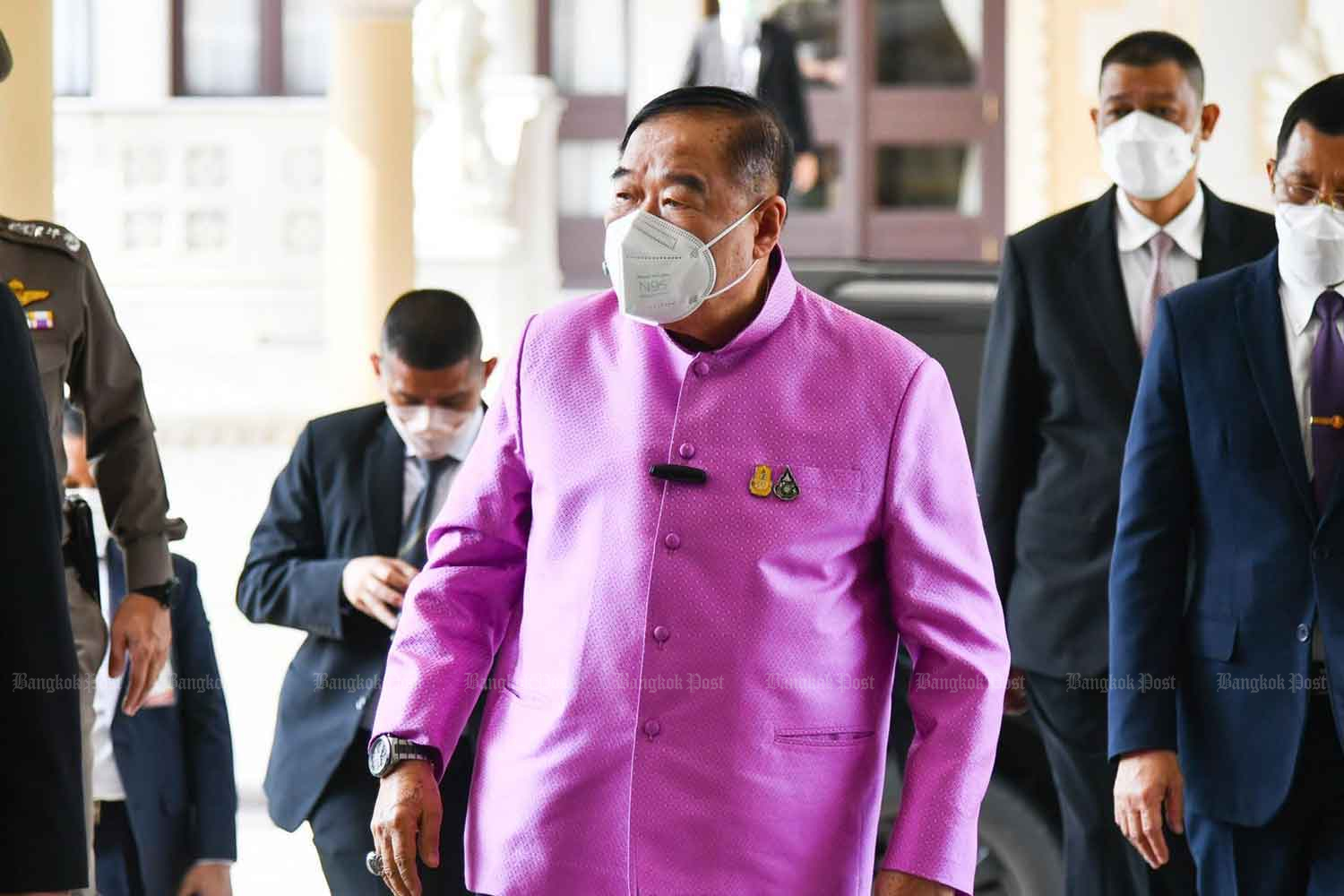