Only one prominent candidate could survive this problem

Bangkok residents feel the pain from big banners of candidates for the Bangkok governor as they obstruct public places. (Photo: Apichart Jinakul)

Most candidates for the post of Bangkok governor are hastily replacing their large campaign signs with a slimmer version to appease public anger.

Suchatvee "Ae" Suwansawat of the Democrat Party was one of the candidates who started replacing big posters cluttering the city with smaller ones.

"Roll out the 3D banners", the former rector of King Mongkut's Institute of Technology Latkrabang posted  on his Facebook account on Wednesday.

The new version can be wrapped around power poles or other surfaces in public places.

"They will not obstruct the visibility of motorists," Mr Suchatvee said. 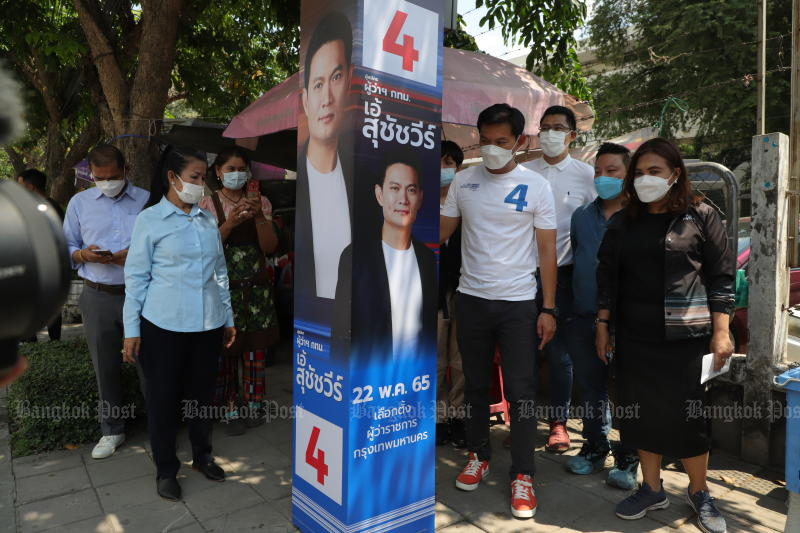 Many people vented their frustration as the big signs were blocking their paths and visibility and causing inconvenience.

Some netizens complained that they could not see incoming buses because of the signboards. Some said they had to walk on the road because the pavement was already occupied by them.

"Those big banners will be a reason for me to decide which candidate I will support," a Twitter user wrote. "You offer yourself to make Bangkok better, but your campaign banners are already causing trouble to the people."

"I drove past my soi several times because of the obstruction of your banner," another social media user complained. 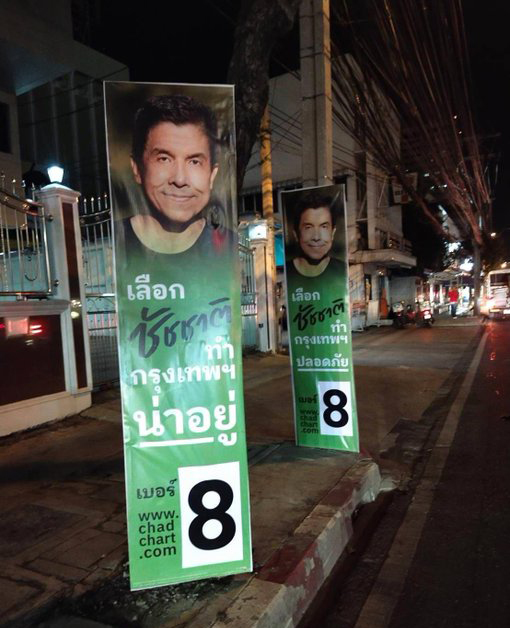 The banners of candidate Chadchart Sittipunt were smaller than those of his rivals until now. (Photo: @chadchart_trip Twitter account)

Chadchart Sittipunt, an independent candidate who led all polls so far, was believed to be the first using smaller campaign signs, while other candidates still thought that the bigger the signs, the better chance they would win.

The old thinking was a setback as their banners were causing inconvenience and not eye-friendly to the people, who could be their potential voters.

"I can't move forward as your big banners were blocking me," the cartoon read.

On Sunday, Pol Gen Aswin, who hopes for another chance to administer the capital, admitted to the problems caused by his signboards. They would be replaced with smaller ones, he added.

Wiroj Lakhanadisorn of the Move Forward Party also joined other candidates in trimming his banners.

Some netizens called the slim version the "Chadchart size" because his small banners were the first that they saw in public.

Mr Thepthai said on his Facebook page that using small banners in political campaigns was not new. The Democrats already did that in the 2019 general election, but the party did not keep them as evidence or promote it on social media, he added. 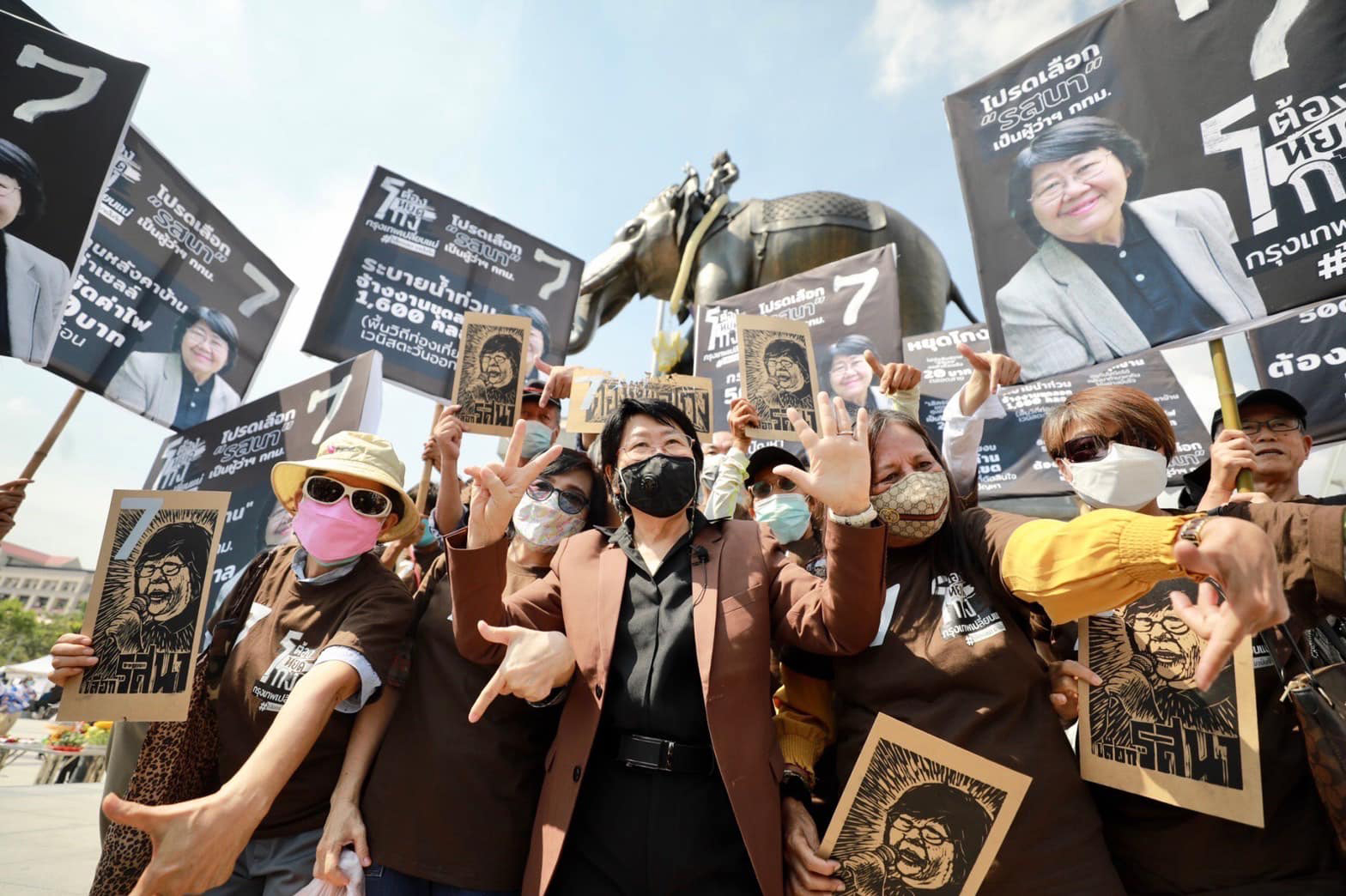 The only candidate who may survive the criticism could be Rosana Tositrakul.

The activist, who projects herself as a "real independent" candidate, said she would install her banners only in places allowed by owners because she did not want to add more garbage to the capital.

"My banners are on your mobile phones," she wrote her Facebook page on Tuesday. "If you support me, please also share all 10 banners of mine on your social media channels," she added.

The Bangkok election is set for May 22 with 31 candidates vying for the top job at City Hall. The city council poll will be held on the same day.