The Palang Pracharath Party (PPRP) on Friday denied taking its campaign policies off its Facebook fan page after it had admitted doing so a day before. 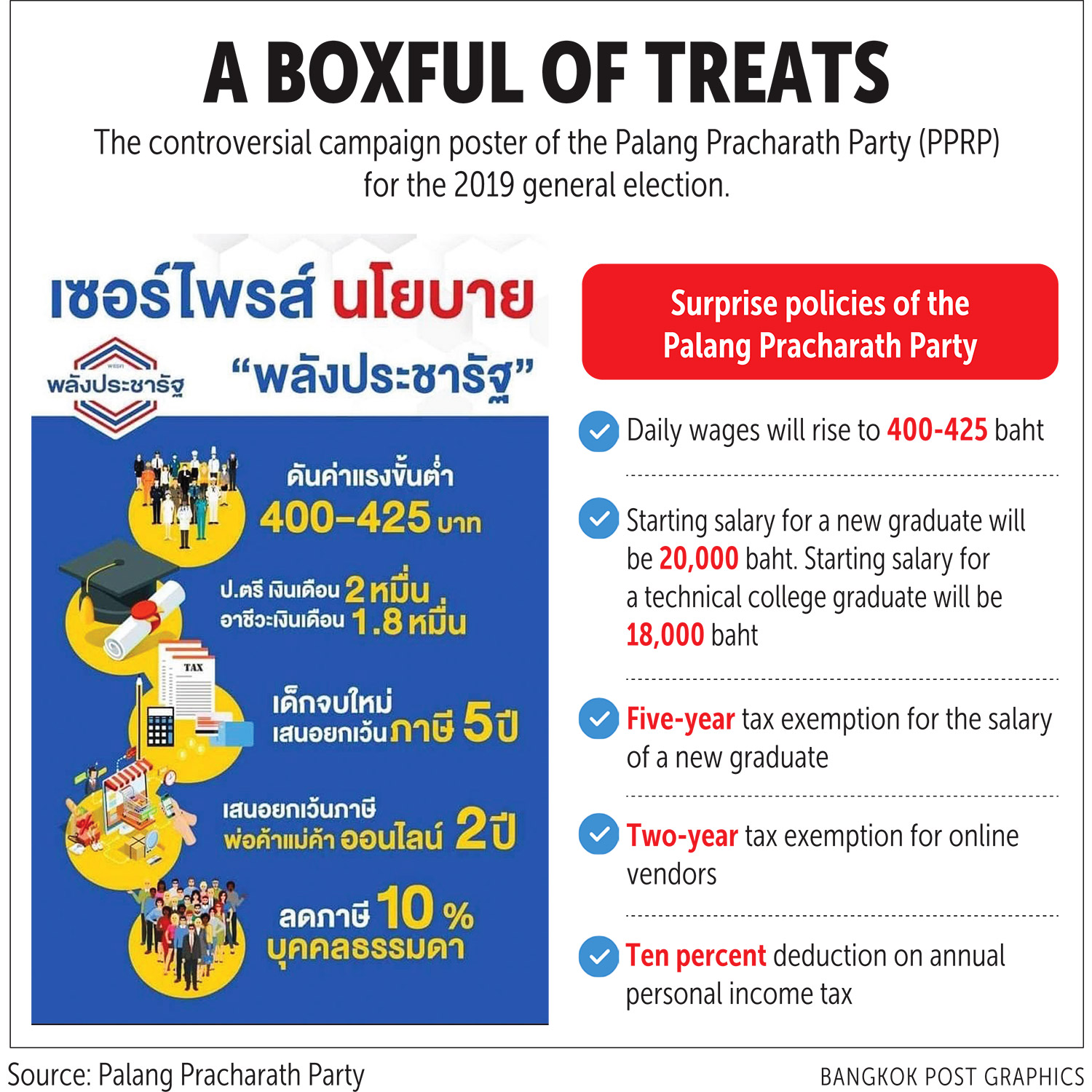 Deputy PPRP leader Paiboon Nititawan said the party did not delete the post from the PPRP Facebook fan page because it did not exist.

Mr Paiboon said there was a misunderstanding when he gave an interview on Thursday about the alleged post because the party was making changes to its social media channels to prepare for the next general election.

He said the party will investigate what he called a "fake post".

Allegations were made on Thursday that the PPRP removed the information from its fan page after people started checking to see if the ruling party has actually delivered on its pledges.

The alleged infographic Mr Paiboon was referring to lists a number of policies including a targeted minimum daily wage of 400-425 baht, a minimum salary of 18,000 baht for vocational school graduates, and a minimum salary of 20,000 baht for those holding a bachelor's degree. It also included a five-year tax waiver for new graduates, a two-year tax waiver for online vendors, and a promise to lower personal income tax by 10 percentage points. None of them has come to fruition.

"Our team who manages the party's fan page insists that it has not deleted any posts. It also showed me all the 23 posts on the fan page on March 14, 2019. Most of the posts are about our campaign policies. All posts are still there including any information posted before and after March 14," he said. "The controversial infographic has never been posted on the PPRP Facebook fan page. Somebody might have created it as well as created the link to accuse us of deleting the post."

He said the party will investigate the alleged post, and the link and will file charges against whoever was behind it, he said.

Gen Prayut said several of Mr Chadchart's policies would take time to be implemented while pointing out that if the newly elected governor was able to carry out all of them, his authority would be greater than that of the prime minister.

The PM's remark drew attention to the PPRP's election campaign promises, with some political pundits looking into the issue, and then reportedly finding the alleged infographic posted March 14, 2019, was removed and started questioning its removal.