ABOUT POLITICS: Many are raving over Bhumjaithai's success in legalising weed, but Bangkok governor Chadchart Sittipunt is not one of them | Fear of old enemies could be the reason for Suchart Chomklin's odd reaction to no-confidence listing, observers say

Two of the brightest stars in politics were on a collision course last week, which had observers speculating on the possibility of one plotting to upstage or even undermine the other. 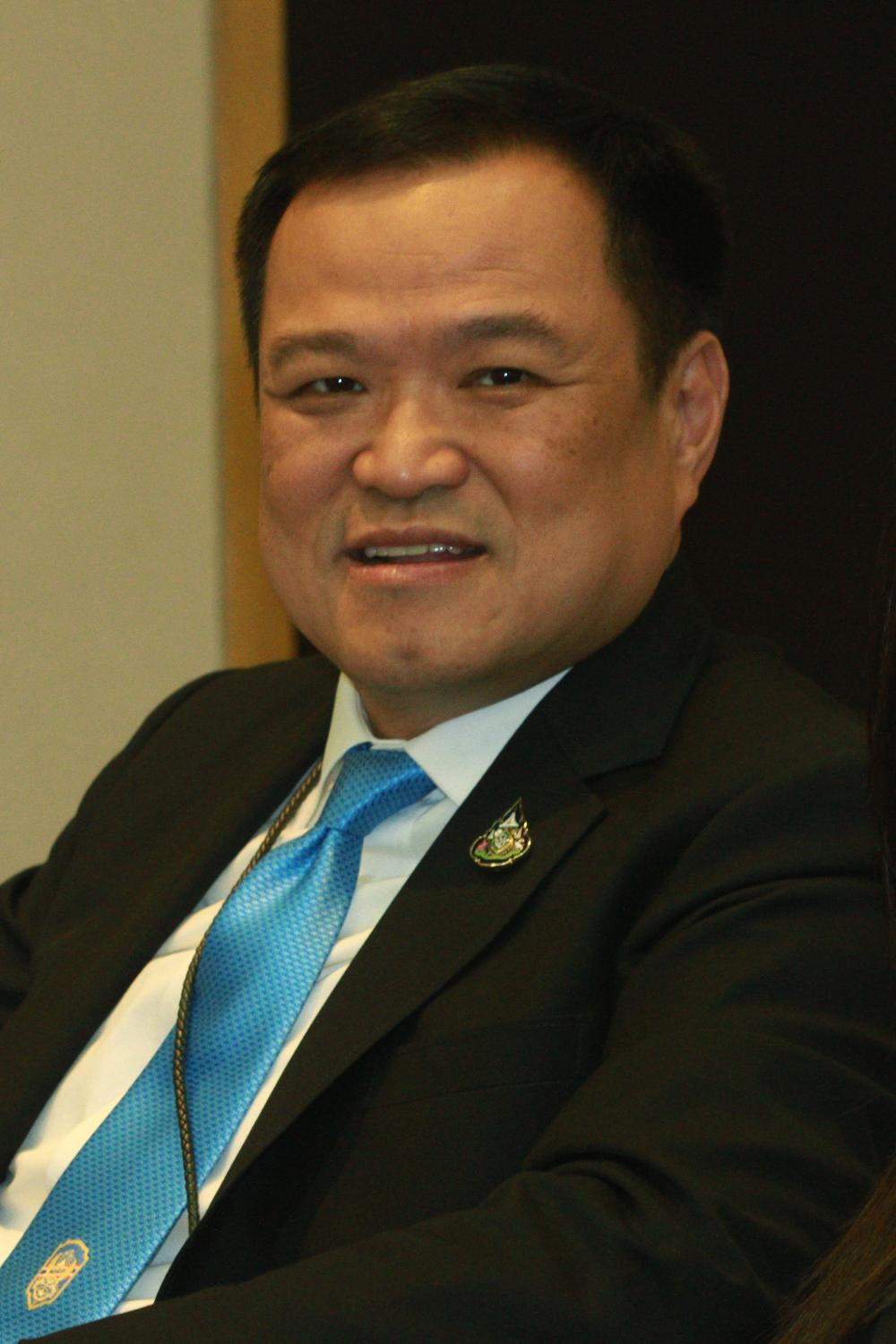 The delisting of cannabis as a narcotic has catapulted Anutin Charnvirakul to stardom, not only as public health minister but as leader of second-biggest coalition partner, the Bhumjaithai Party.

As public health minister, he has pushed for cannabis to be decriminalised to allow people to capitalise on its medicinal properties and for research purposes.

Also, he prides himself as being a leader of a political party able to overcome the unthinkable -- removing cannabis from the narcotics list -- which was adopted as Bhumjaithai's flagship campaign promise and dismissed by most people from the outset as wishful thinking.

However, decriminalisation has come with a chorus of warnings from medical professionals about the dangers of overconsumption and the unwarranted use of cannabis, especially by young people.

Bhumjaithai was unrelenting in its push for cannabis, or ganja, to be made legal, arguing the plant's medicinal powers have been overshadowed by ingrained worries about its abuse. Once commercially developed, it can also create immense economic opportunities for the country, according to the party.

With the cannabis election pledge fulfilled, Bhumjaithai is basking in popularity and looks set to see this provide success in the next election, observers said.

The party has also retained generally cordial relations with other coalition partners and the ruling Palang Pracharath Party (PPRP). It has never shown signs of wavering in its support for the government during tough times such as the no-confidence motions in parliament.

Bhumjaithai has been dubbed by some observers as the rock of the PPRP, which has held the government together.

The party had no serious discourse with the main opposition Pheu Thai Party until it decided to admit some Pheu Thai defectors. They have mainly been responsible for Bhumjaithai's steady expansion, from 51 MPs originally to more than 60 at present.

The observers said the high rate of defections was indicative of Bhumjaithai's rise in popularity. They believe Bhumjaithai will come away from the next election as one of the three biggest parties, enabling it to comfortably compete to be the core party forming the next government.

Bhumjaithai counts itself as having relatively amicable ties with other parties and with no real affiliation to any political bloc, it could flatter many suitors in the next polls and establish a government with them, according to observers.

But Bhumjaithai's cannabis euphoria, which earned the party further political credit, was subdued after the death of a man who died after taking what was described by Bangkok governor Chadchart Sittipunt as an "overdose" last week.

Mr Chadchart highlighted City Hall's concern about the ramifications of the liberalisation of cannabis.

The governor disclosed last week that four patients who developed adverse reactions after taking cannabis were admitted to hospitals under the supervision of City Hall's Medical Service Department, and that one of them had been pronounced dead.

"A 51-year-old man was pronounced dead at Charoenkrung Pracharak Hospital. He died of heart failure. He overdosed on cannabis," Mr Chadchart said.

A source at City Hall clarified that heart failure was identified as the official cause of death, not an "overdose".

After Mr Chadchart's announcement, Mr Anutin insisted the issue should not be politicised. The public health minister reiterated that the primary aim of decriminalisation is for medical purposes while warning against the unhealthy use of cannabis.

"The report [of the man's death] may have had an ulterior motive... This is not about politics. When the bill on cannabis was tabled with parliament, it received support from MPs from the coalition government and the opposition," Mr Anutin said.

The observers said Mr Chadchart's critics have questioned the timing of the governor's announcement, which were tantamount to pouring cold water on Bhumjaithai's cannabis legalisation success.

The announcement by Mr Chadchart, a former transport minister under the Pheu Thai-led administration, may have been intended as a circuit breaker to keep Bhumjaithai from getting carried away by the political success brought by the delisting of cannabis, according to the observers. 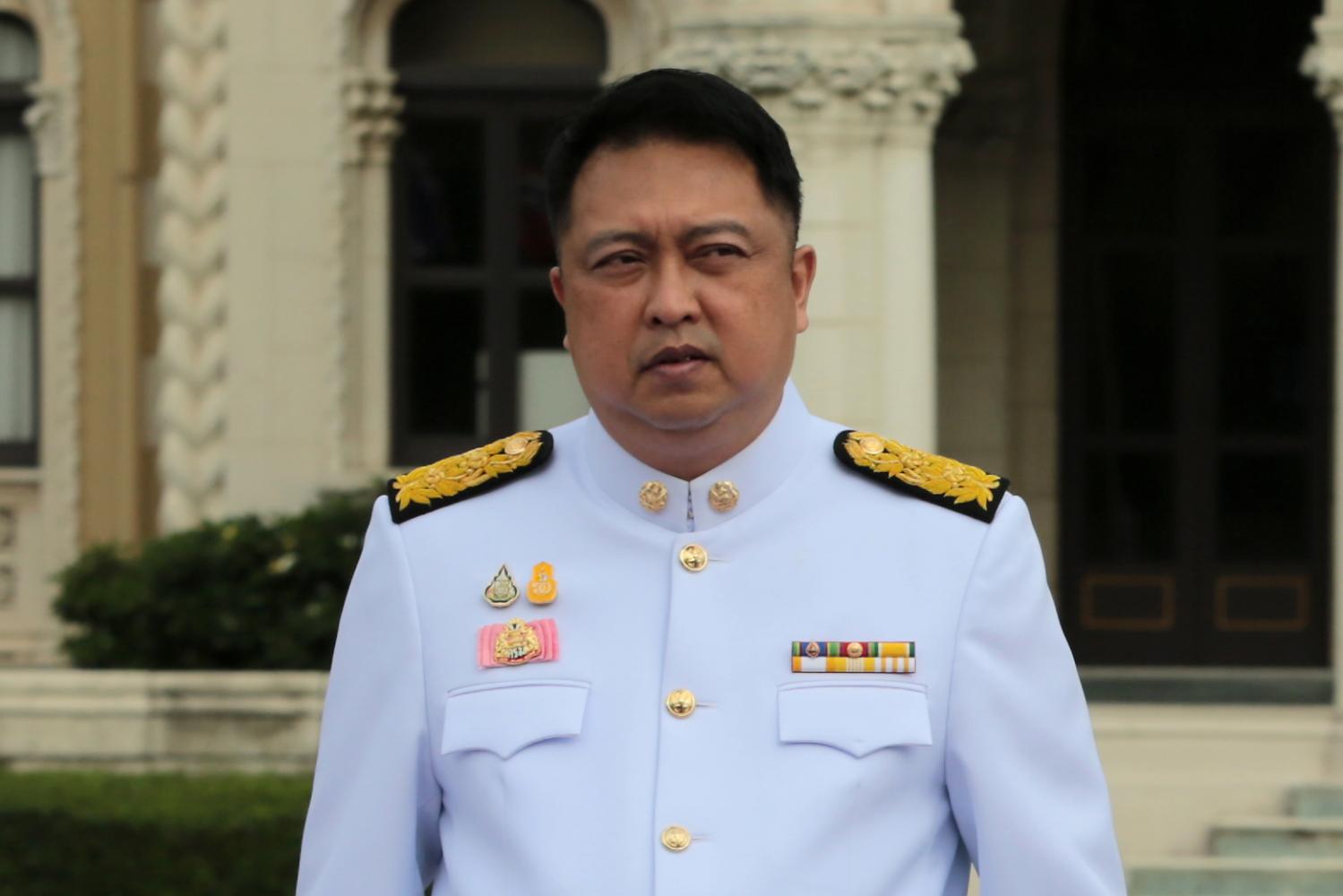 Suchart: At odds with Palang Chon

Labour Minister Suchart Chomklin raised a few eyebrows when he demanded the opposition withdraw his name from a no-confidence motion or he would ask the anti-graft agency to intervene.

The cabinet minister from the ruling Palang Pracharath Party (PPRP) argued that the motion was unlawful because his name was added at the last minute without the knowledge of opposition MPs who supported the motion.

According to Mr Suchart, his name was not originally on a list of ministers targeted for the censure debate and the last-minute change, which was made after the motion was signed, was unconstitutional.

His move caught several political observers off guard because they did not expect this sort of reaction since a no-confidence motion is part of the checks-and-balances system.

Usually, ministers who find themselves targets in censure debates will react by saying how confident and ready they are to face a grilling, according to observers.

Moreover, it is not the first time Mr Suchart, an MP for Chon Buri, has had to answer to the opposition in a no-confidence debate. He was the target of two previous censure motions and survived the no-confidence votes.

However, Mr Suchart looked clearly disturbed by this no-confidence motion and has political observers wondering why.

According to a highly-placed source in the ruling PPRP, Mr Suchart was under the impression he had been spared from the censure motion. The labour minister reportedly lobbied rebel MPs in the opposition to excluding him and he thought he was in the clear.

Mr Suchart's reaction is believed to have something to do with an internal conflict in the PPRP, according to the source. He is known to have been at odds with the Kunplome family and there is a likelihood that MPs from the Palang Chon faction may not vote for him in the next censure debate.

The rift emerged in February this year when two Chon Buri-based factions in the PPRP traded barbs, but without naming names, as the ruling party prepared candidates for the next general election.

Mr Suchart posted a Facebook message saying he was not happy staying in the "big house" anymore because the owners had turned against him. Hours later Sontaya Kunplome, leader of the Palang Chon group, said on Facebook that a "dog" brought up by the faction had started showing "signs of aggressiveness".

The "big house" was believed to refer to the Kunplome family and the "dog" Mr Suchart who was reportedly introduced to local and later national politics in the eastern province by the family.

In the 2019 general election, Mr Suchart won a constituency seat, but Itthipol Kunplome, who is Mr Sontaya's younger brother, was defeated in a different constituency.

Mr Suchart had gained a prominent role in the PPRP and was named labour minister after the party's restructuring in June 2020. The Kunplome family was said to have felt threatened after Mr Suchart was put in charge of recruiting MP candidates for the ruling party to contest the next election.

Mr Suchart is also known to be on bad terms with Capt Thamanat Prompow, the leader of the Setthakij Thai Party. The pair were said to have fallen out during the time Capt Thamanat served as the PPRP's secretary-general.

It is widely speculated that Setthakij Thai Party MPs may not back Mr Suchart in the upcoming censure debate and some minnow parties may follow their lead.

With the motion declared lawful and the leaders of seven opposition parties endorsing the list of cabinet ministers targeted, the labour minister has no choice but to keep his fingers crossed.

According to the source, Mr Suchart's fate rests with PPRP leader Gen Prawit Wongsuwon. Without Gen Prawit's support, he is believed to be in a precarious situation.

The labour minister is known to be close to Prime Minister Prayut Chan-o-cha, but the premier has no control over ruling party MPs.

The upcoming debate is expected to take place July 18-22 and it will be the last censure debate the opposition can initiate before the government's tenure expires next March.

In this motion, Mr Suchart is accused of having solicited ill-gotten gains from the importation of migrant workers and worked for the benefit of large businesses which illegally use foreign labourers.