Thaksin: 'See you in Thailand next year'
Thailand
Politics

Thaksin: 'See you in Thailand next year'

Members of the United Front for Democracy against Dictatorship listen to former prime minister Thaksin Shinawatra speaking from Dubai during a birthday party for him at a resort in Pak Thong Chai district of Nakhon Ratchasima on Saturday. (Photo: Prasit Tangprasert)

NAKHON RATCHASIMA: Former prime minister in exile Thaksin Shinawatra hopes the long-distance birthday party thrown for him this year will be his last.

Thaksin on Saturday night promised to see red-shirted supporters in person next year, instead of via video call from Dubai, where he has spent most of his time since fleeing the country in 2008.

"This year will be the last," he said of the birthday party. "See you all in Thailand next year."

His supporters cheered in response.

About 300 members of the United Front for Democracy against Dictatorship from 20 northereastern provinces converged at a resort in Pak Thong Chai district on Saturday to celebrate their leader's birthday. He will turn 73 on Tuesday. 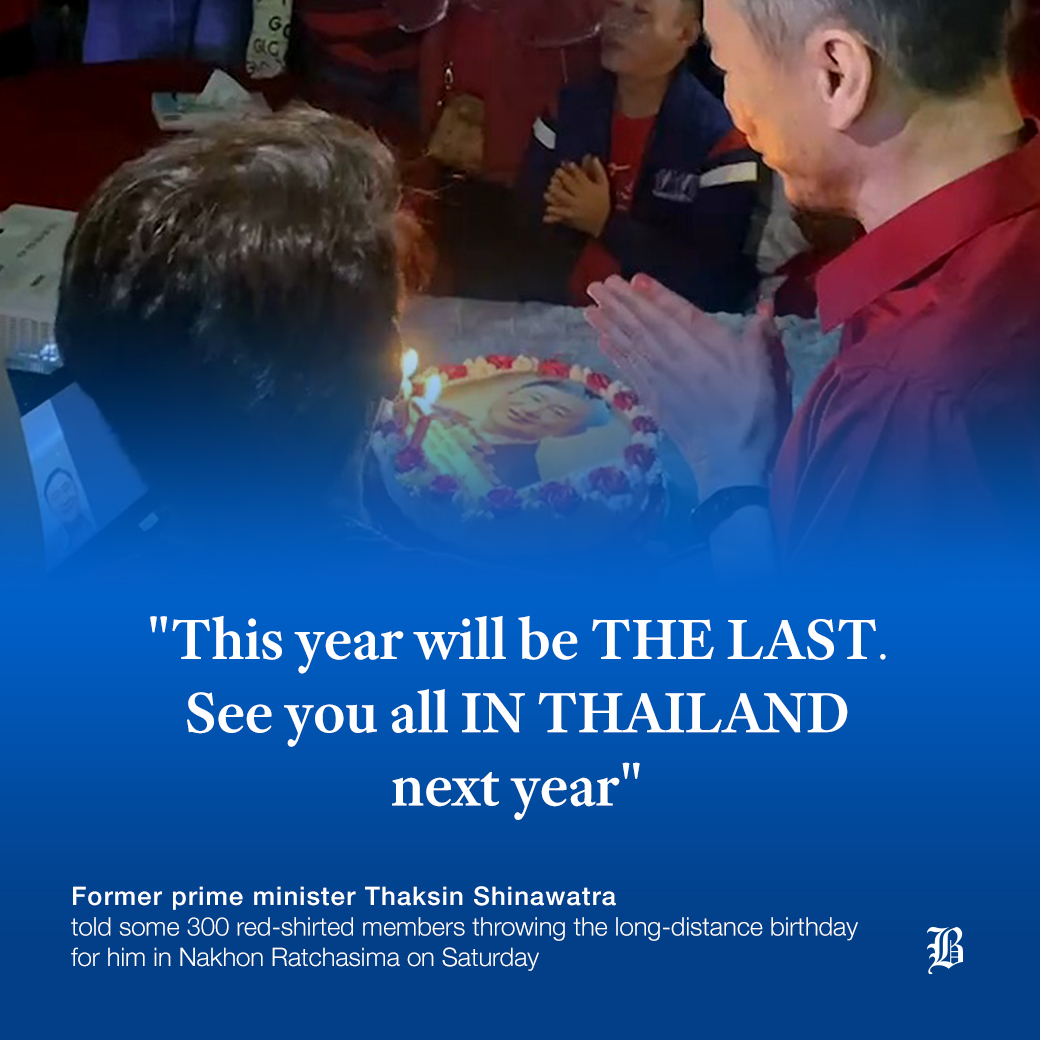 The party was hosted by his younger brother, Payap, who handles northeastern MPs for the Pheu Thai Party, and Anuwat Thinnaratch, the red-shirt leader in the region.

Thaksin said he expected the latest incarnation of his Thai Rak Thai party - which, like several of its successor parties, was dissolved by the courts - to win the next general election as voters will cast their ballots to "punish" the government.

Phue Thai is campaigning for a landslide victory in the next election to end the power of Prime Minister Prayut Chan-o-cha and the Palang Pracharath Party.

At the start of the censure debate on Tuesday, Gen Prayut challenged Pheu Thai to bring Thaksin home, although he did not mention him by name.

Thaksin countered - under the name of Tony Woodsomein the CARE Facebook account - "I will definitely return. I will."

Thaksin was sentenced in absentia to two years in jail for abuse of power by the Supreme Court's Criminal Division for Holders of Political Positions in 2008. He was also convicted in multiple other cases.