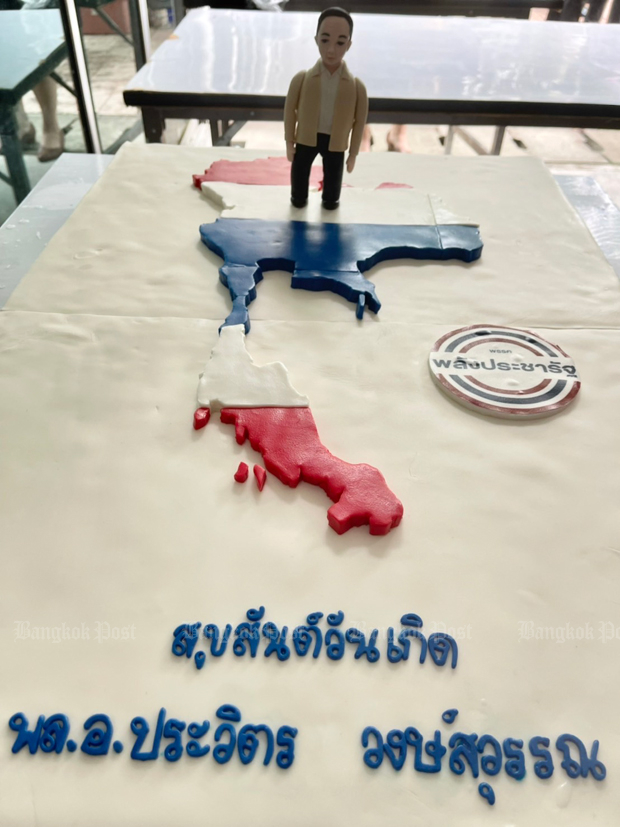 The design of the original cake showed the figure of a man supposed to represent Gen Prawit standing on the national flag in the shape of the country. It bore a message reading: “Happy birthday Gen Prawit Wongsuwon” and the logo of the main party in the coalition.

The cake was shown to well-wishers at the offices of the Five Provinces Bordering Forest Preservation Foundation, where Gen Prawit, the foundation’s chairman, likes to conduct most of his political business.

But when images of the cake appeared online, the responses were anything but sweet.

“Is that real?” Thai Sang Thai Party chief strategist Khunying Sudarat Keyuraphan asked on her Twitter account. “You’re so powerful that Thailand is under your feet?”

Student activist Parit “Penguin” Chiwarak, who faces a host of charges related to his activities, asked on Facebook whether the cake represented desecration of the flag, which surely is a criminal offence.

He noted that some of his pro-democracy colleagues had faced charges of violating the Flag Act for installing red flags on flagpoles during some of their rallies over the past two years.

The Palang Pracharath party planners got the message, took the first cake off the menu and brought in a new version bearing a picture of the birthday boy and a message: “Happy birthday Gen Prawit Wongsuwon, our beloved party leader.”

This time, his picture and message were surrounded by roses, not the flag.

Gen Prawit, a deputy prime minister and the key deal maker for the government, turned 77 on Thursday. 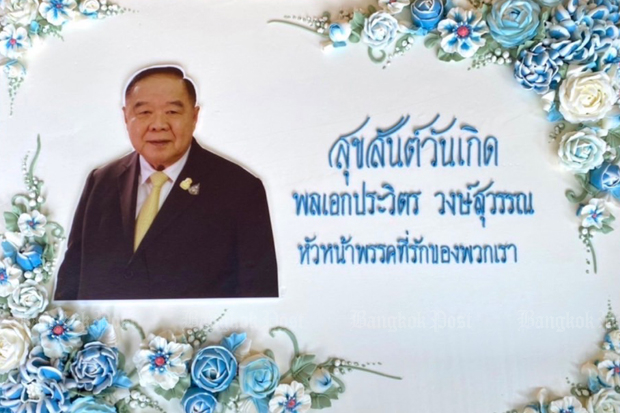 A new version of the cake for Gen Prawit.