A little matter of getting it right
Thailand
Politics

A little matter of getting it right

Chalerm's unbridled enthusiasm to fight the drug war just might have got ahead of the facts - China is very much on the mind, and the lips, of one of the 111 banned politicians as he nears his return - It's not what you know, but who, which could decide the next police chief

The recent arrest in Laos of Jai Norkham, a suspected drug baron who is on the Thai authorities' most-wanted list, may have backed Deputy Prime Minister Chalerm Yubamrung into a tight corner. 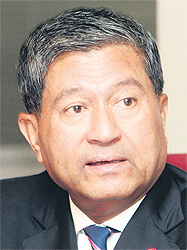 He may have to answer a crucial question left unanswered for seven full months.

Immediately after the massacre of 13 Chinese boat crew members on the Mekong River on Oct 5 last year, Mr Chalerm insisted he knew who the guilty party was.

He said at the time that police had solid evidence against nine army officers, who have been charged with murder and tampering with evidence in connection with the massacre.

An initial account said the nine army officers intercepted the Hua Ping and Yu Xing 8 ships as they entered Thai waters on the Mekong and found nearly 1 million methamphetamine tablets on board.

When the bodies of the sailors turned up in the water, the soldiers became murder suspects.

The nine officers, attached to the 3rd Army's Pha Muang Task Force, denied the charges and maintained a drug-trafficking gang from Shan State in Myanmar led by Norkham was responsible.

The case has been forwarded to the Attorney-General's Office.

Mr Chalerm did not mention Norkham as a suspect in the case and appeared unreservedly confident that his theory about the soldiers being involved in the deaths of the crew was accurate.

The deputy prime minister's comments were splashed across newspaper headlines and were also quickly picked up by the Chinese press.

The news touched off an angry reaction against the Thai soldiers from a wide section of the Chinese public.

The news generated intense interest from Beijing, which sent delegates to Thailand to follow up on the progress in the crew murder investigation.

The Pha Muang Task Force's reputation lay in tatters, while the army vowed to get to the truth and treat the soldier suspects fairly.

The twist came after months of gruelling investigation.

By then, the ''who done it?'' riddle had unravelled with Norkham being singled out as the mastermind behind the massacre.

The authorities believed the murders were motivated by deadly conflicts among elements controlling the lucrative drugs trade along the Mekong River.

China stood to lose the most from the growing security threats on the river as most cargo barges plying the international route are Chinese-registered vessels.

China commands the biggest share of cargo traffic on the river.

Since Norkham's arrest, Mr Chalerm has been noticeably quiet.

On the deputy prime minister's list of priorities, drug suppression has come out on top, judging from the frequency of his anti-drug visits to the provinces and media interviews he has given regarding his narcotics-busting policies.

Critics have maintained the deputy prime minister should know better than to jump the gun, regardless of his true intentions.

As the five-year political ban against the 111 former executives of the defunct Thai Rak Thai Party is lifted at the end of the month, a major bash is being prepared to welcome the politicians back into the fold. 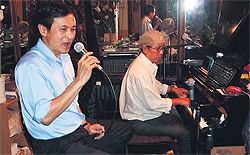 The bash will not be a low-key event by any means. Many A-list performers, singers and entertainers have been contacted to join the party with fat pay cheques being dangled in front of them.

Some have declined to take part out of concern their appearance could give a false impression of their subscription to colour-coded politics.

During the past five years of their hiatus, the so-called tenants of House No.111 have gone their different ways since being convicted by the Constitution Court of conspiring with Thai Rak Thai in electoral fraud.

The party was dissolved and its 111 executives banished from politics for five years.

The former executives found ways to occupy their time and some crept back into the news on occasion. The preoccupations include rubber farming, a football club ownership and charity engagements.

Most of the banned politicians, however, stayed out of the spotlight and Mr Chaturon, who held a noted place in Thai Rak Thai's think-tank, was one of them.

Mr Chaturon may have been a rare sight in public but his sister, Thitima Chaisaeng, certainly was not. She was the government spokesperson for a number of months until her replacement in a cabinet reshuffle.

The Chaisaengs have had a run of ill fate in politics. The family used to be a dominant player in their native Chachoengsao where the surname was a sure bet in general elections.

However, the July 3 general election last year served the family with a shocking defeat. Not a single Chaisaeng survived the electoral onslaught.

Mr Chaturon retreated into the background after the political ban was issued by the court. On occasions, he was invited to public forums to share his views on current affairs. During the red shirt street protests of recent years, he was not seen on the rally stages.

But on Twitter and Facebook he regularly expressed his thoughts in articles he wrote touching on the subject closest to his heart _ politics. Mr Chaturon imparts opinions on improvements to national administration, drawing in a large following of mostly red shirt intellectuals.

When his schedule allowed, Mr Chaturon attended a Chinese language class. He has achieved a fairly good grasp of the language and is able to speak basic Chinese rather well and can sing in Chinese.

He now croons more Chinese songs at parties than he does his signature Thai folk songs.

A source close to Mr Chaturon said he has been travelling to China and some of the Chinese businessmen contacted by Mr Chaturon have pledged long-term investments in Thailand.

Observers are eager to watch what political role, if any, Mr Chaturon will play post-political ban.

Mr Chaturon may have been out of the public eye but he is definitely is not out of mind as far as the Pheu Thai Party's inner circles is concerned.

Many in line to be next top cop

A succession plan has been carefully hatched that promises an uninterrupted rise of police chiefs loyal to the government over the next several years.

As the national police chief, Priewphan Damapong goes into mandatory retirement at the end of the current fiscal year in September.

Candidates for his replacement are subject to a whirlwind of speculation. 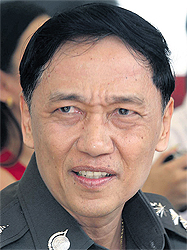 Pansiri: Could be in line for big promotion

Only a police general makes the cut as police chief and there are currently 15 of them in the Royal Thai Police Office. And only the prime minister can nominate one person to the Police Policy Commission for endorsement.

The commission can either endorse or reject the nomination. However, the prime minister reserves the power to ultimately push for the police chief appointment of a candidate of her choice.

By Sept 30, Pol Gen Priewphan and three other police generals will have retired, leaving the force with 11 generals to vie for the coveted top post.

However, not all the 11 top-ranking officers will have an equal chance of succeeding Pol Gen Priewphan.

Seniority among the generals makes for a crucial, though not deciding, factor. There is also the strength of one's connection to the occupants of Government House. Some faced a reversal of fortunes and found themselves left out in the cold after the government changed hands.

Pol Gen Priewphan himself was thought to have been sidelined as a potential candidate for the police chief seat during the previous Abhisit Vejjajiva administration.

Pol Gen Priewphan is the elder brother of Potjaman na Pombejra, the former wife of ousted prime minister Thaksin Shinawatra, who is the main supporter of the ruling Pheu Thai Party.

Their careers in the police force, however, took them on wholly different paths.

Pol Gen Watcharapol was involved in narcotics suppression and international police operations, while Pol Gen Adul was more into fighting crime on the ground. The former is popular with the commanders while the latter is accepted by the rank and file.

However, neither may fill Pol Gen Priewphan's place as the jackpot could well land in Pol Gen Pansiri's lap.

Pol Gen Pansiri headed the investigation into the land reform scandal in Phuket during the Thaksin government.

He was later promoted to Metropolitan Police Bureau commissioner, under whose tenure warrants were issued for the arrest of key Democrat Party members over stickers allegedly containing a lese majeste message in the 2005 general election.

A source says Pol Gen Pansiri's wife, Pattama, retains a close connection with Khunying Potjaman, who, despite her divorce from Thaksin, is believed to maintain tremendous influence in the ruling party.

The source said the succession plan would likely place Pol Gen Pansiri in line to be the next police chief. After he retires next year, Pol Gen Adul is predicted to be next to have a shot at the force's highest post, but that would also dash any hopes of Pol Gen Watcharapol rising to the top.