The Yingluck government's haste in pushing for an amnesty bill while the people have not yet fully learned the truth about the 2010 political violence is not prudent, the younger sister of an Italian journalist killed during the upheaval, said on Wednesday. 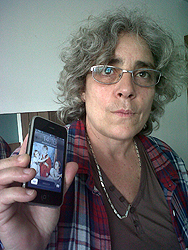 Elisabetta Polenghi shows a painting of her siblings, including the late Fabio, in the middle.

Elisabetta Polenghi's brother Fabio was killed on May 19, 2010 while reporting on the army's lethal crackdown that ended the long protest.

Ms Polenghi, 48, making her fifth visit to Thailand since the tragedy, hoping to speed up the investigation into his death, said people today were not still living in caves, they were quite capable of dealing with the truth.

"I don't agree with the push for amnesty.At the least we should be clear about what happened at such an important historical juncture for Thailand.

"Me, I'm not looking for a revenge, I don't even want to know the name of the person who killed my brother with just one shot.

"But I want to hear from the actors who were responsible that they were wrong. I want the people who were involved to admit their mistakes," said Ms Polenghi, who is from Milan.

Although she had been contacted about receiving financial compensation - and had difficulty understanding and had sought an extension of the registration deadline - she emphasised that her family did not look for a financial remedy, but more for moral compensation.

"I've sent a letter to the Yingluck government seeking some kind of remembrance of the death of not only my brother, but Hiro Muramoto, the Japanese journalist who was also killed during the political violence," Ms Polenghi said.

She suggested there should be a plaque or a sign of some sort in memory of the foreign journalists who were killed recording during this historic upheaval, and maybe a classroom or auditorium named after them as a reminder of the risks people in the profession face bringing the news to the people.

"It would at least tell the world that despite all the bad things that happened, the ensuing governments care about the freedom of the press, and also serve to remind the Thai people not to allow this to happen again," she said. 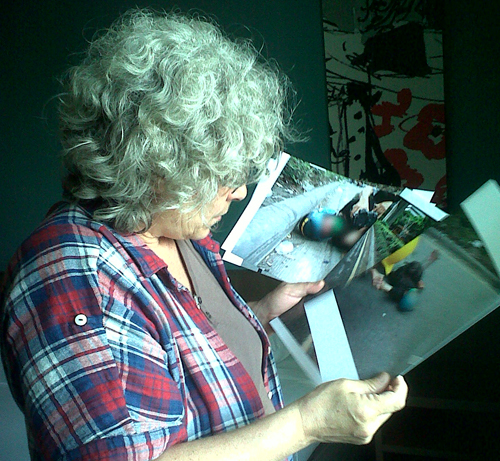 Elisabetta Polenghi says she believes her brother was killed by a military sniper and wants information on the progress of the investigation.