Parliament, court jostle for right to have last word

Two prominent figures face off in the simmering dispute over the Constitution Court's decision last week to accept a petition on whether the charter amendment bills proposed by the government are constitutional. Worachet Pakeerut, a member of the Nitirat academic group, which has criticised the court's ruling, said the court had no authority to accept the case. Kaewsan Atibodhi, a former member of the coup-installed Assets Scrutiny Committee, said the court's intervention is needed to stop the government from overthrowing the constitutional monarchy

The Constitution Court does not have the authority to accept the petition because the constitution does not allow people to complain to the court about the actions of parliament. 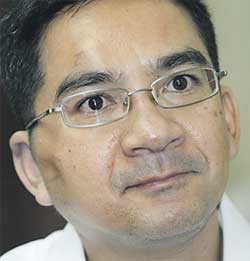 Section 68 of the constitution stipulates that anyone who becomes aware of acts to overthrow the constitutional monarchy or acquire power to rule the country by any means not based on the constitution may petition the Attorney-General to investigate and submit a motion to the court for a ruling.

However, the petition must be about acts that were committed by a person or a political party.

The fact is that the charter amendment legislation was undertaken by parliament as authorised by the constitution, and parliament is not regarded as a person or political party.

In addition, the intent behind Section 68 is clear _ that the Attorney-General should investigate the merits of the petition first before sending it to the court. In this case, the petition was submitted directly to the court.

This case is not about the rights of people to file the petition with the court, but about the use of legislative authority by parliament in considering the charter amendment bills.

If the court allows the petition saying the people have a right to voice their objection, it will set a precedent that will create problems in the future.

Any decision made by a prime minister or any state agencies may be challenged with the court in the future by accusing them of trying to usurp power to rule the country.

Legal interpretations in a country which is governed by democracy must be based on democratic principles and the rule of law.

Political conflicts in the past have dragged several independent agencies into the mix, including the justice system. As we have seen, several court rulings have spawned public criticism and doubts.

The court's decision in this case will be a turning point for the worse for the country's legal system.

The court's order to suspend parliament's third reading is an extension of its jurisdiction beyond its authority. Debating the charter amendment legislation is the legislative prerogative of parliament as endorsed by the constitution, which is above the power of the judiciary. 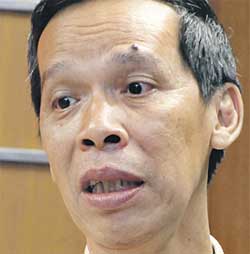 Kaewsan: Judges had authority to act

The petitioners view the efforts to pass the charter amendment bill as an attempt by some legislators to overthrow the constitutional monarchy.

The bills would amend Section 291 of the constitution, which would allow a Constitution Drafting Assembly (CDA) to be set up to rewrite the charter.

The complainants believe the Pheu Thai Party will exert undue influence on the CDA as it is set up.

They also expect the party to influence the public hearing process and the types of changes which will be made to the charter by their hand-selected assembly.

The petitioners say they are concerned these amendments will eventually bring about the overthrow of the constitutional monarchy.

As a result, I understand that the Constitution Court wants to know how the charter will be rewritten. If the parties concerned provide clear explanations, the court will dismiss the petitions.

The complainants do not focus on any particular person in parliament but on the process of the charter rewrite.

In reviewing the petition, the court may interpret Section 68 of the constitution mainly in the political aspect, not the legal aspect.

The complainants believe the government will use off-parliamentary power _ the red-shirt groups _ to augment its majority in parliament to acquire a level of state power which may exceed what is provided in the constitution.

If we consider the case in a purely legal light, it is correct _ as Worachet Pakeerut mentioned _ that the court does not have authority to suspend parliament's readings of the constitution amendment bills.

But if we take into account the petitioners' concerns about political manoeuvring, it is a different matter and the court's decision to suspend proceedings can be understood.

The court made its decision because groups of people told the judges that moves are afoot to overthrow the constitutional monarchy.

They asked the court to stop this movement, not to stop the charter amendment.

The court should consider overall conditions when making its decision, not just the legal aspects. Based on this overall premise, the court has authority to suspend the process.

The Department of Industry Promotion (DIP) expects to generate 1.2 billion baht in economic value for Thailand with its plan to help entrepreneurs modernise their businesses through industrial cluster development.