Boonlert calls it quits amid clashes 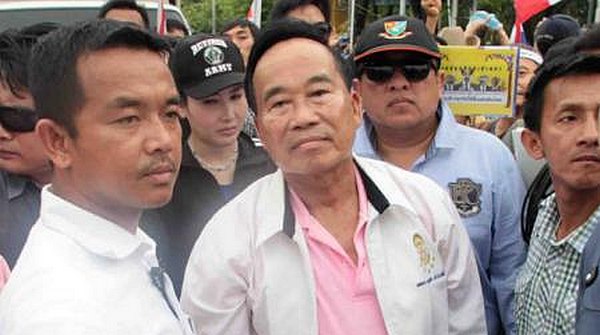 End of the movement: Early Saturday evening, Pitak Siam leader Gen Boonlert Kaewprasit announced to the crowd and disappointed aides the end of the rally, and the end of his involvement with the Pitak Siam movement.

Gen Boonlert also stood down as the group's leader.

"Seh Ai has already died," he said, referring to himself and suggesting that he would not take part in any further political gatherings.

"I had better go to a krathin [Buddhist monk robe presentation] ceremony," he said after calling off the rally around 5pm yesterday. He said he would no longer lead Pitak Siam.

He said he called off the rally because police had used every means at their disposal to prevent people from reaching the Royal Plaza, where the demonstration was being held. "If the rally continues, there is a risk that demonstrators will lose their lives," he said.

Gen Boonlert earlier called on 1 million people to turn out to protest against the government, which he accuses of incompetence and corruption. According to Special Branch Police, only around 12,000 made their way to the Royal Plaza yesterday, while about 5,000 more were involved in confrontations with riot police at barriers surrounding the rally site.

About 20,000 police and soldiers were deployed across the capital.

Pitak Siam group leaders accused the government of trying to block protesters from outside Bangkok from joining the rally by setting up an excessive number of checkpoints for cars entering the city.

Demonstrators clashed twice with police who were securing barrier lines around the rally site. Police twice deployed tear gas, resulting in a number of injuries.

Police lobbed tear gas canisters to disperse crowds at Makkhawan Bridge just before 9am, and once again at Mitsakawan intersection around 2pm.

The clashes kicked off when demonstrators demanded police open barricades at two points on Ratchadamnoen Nok Avenue to let them join the rally at the Royal Plaza.

Police were only allowing the protesters to enter the rally site through Wat Benchamabophit and the 1st Division intersection, where checkpoints had been set up.

At least 61 people, including several riot police officers, one soldier and two members of the press, were injured in the clashes, the Public Heath Ministry said. Most of the injuries resulted from exposure to tear gas, while some had cuts and bruises, Dr Narong Sahamethapat, permanent secretary for public health, said.

Police detained 137 protesters and took them to a border patrol police unit in Pathum Thani for questioning.

The two injured media crew _ Surin Sapphakhun of Khao Sod newspaper and Pattanasak Woradech of Thai TBS television channel _ were initially detained by police along with the other protesters, but were later released.

Police said they mistakenly thought the pair were protesters.

National police chief Adul Saengsingkaew blamed protesters for starting the clashes, saying they threw objects at police and tried to break down barriers.

He insisted the use of tear gas was justified.

Pol Maj Gen Adul said the model of tear gas used by police was the US-made 555 CS type, not the Chinese-made GT6-ARA1CS type that was also found at the scene of the clashes. The GT6 product had already expired.

Pitak Siam spokesman AVM Vachara Riddhagni maintained the protest was peaceful, and said the government had deliberately tried to derail it out of fear.

The Thai Journalists Association and the Thai Broadcast Journalist Association said the police had overreacted in using force to detain media personnel.

The officers' actions were a threat to press freedom and to media professionals who were responsible for reporting the truth to the rest of society, it said.

Former Thammasat University rector Surapol Nitikraipoj said the end of the Pitak Siam protest did not mean the defeat of the movement. It was likely to revive itself when the time was right.

The alleged police over-reaction is expected to be used as ammunition in the censure debate against the government which begins today.

Mr Surapol agreed with Gen Boonlert's decision to call off the rally to protect protesters' lives, and believed the movement would continue under a new leader.

Somchai Srisuthiyakorn, a political science lecturer with Sripatum University, said calling off the rally was the best decision under the circumstances. However, the decision might disappoint some protesters, which will make future gatherings more difficult. 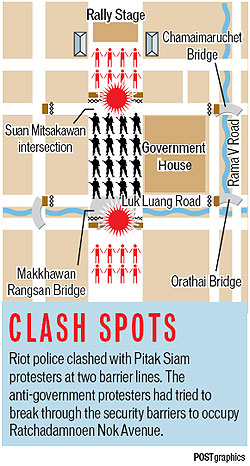 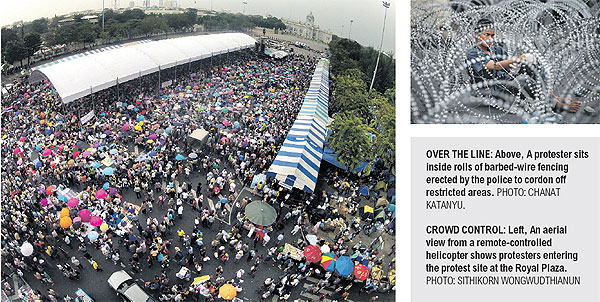 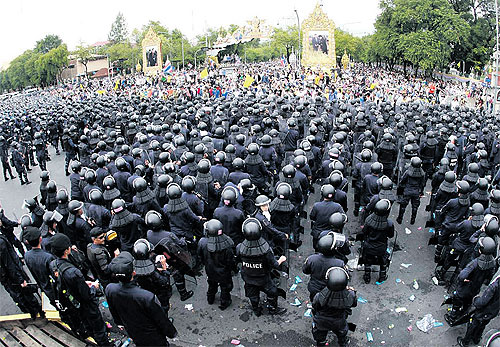 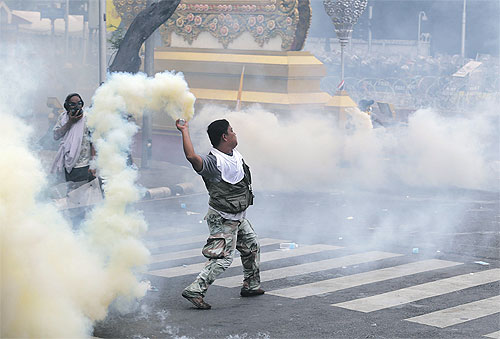 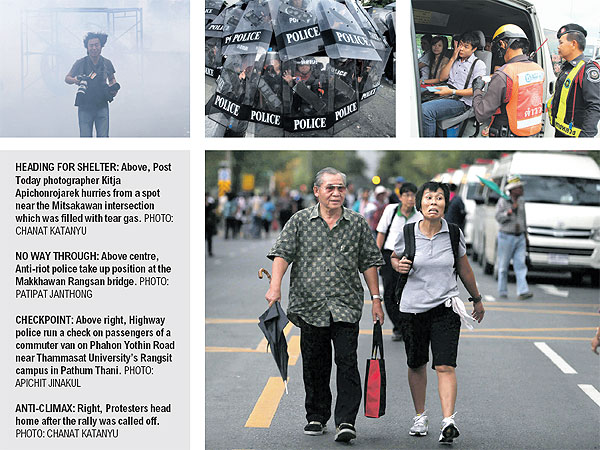