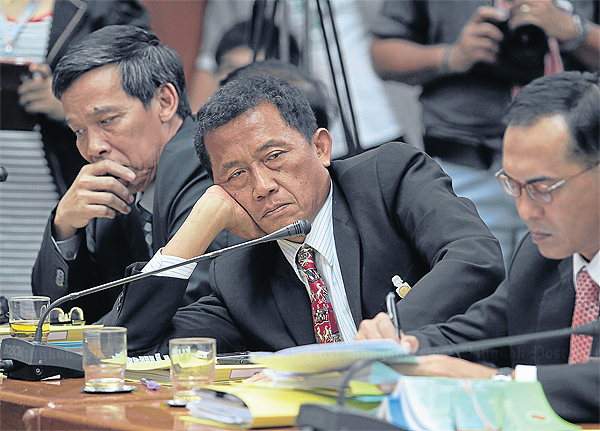 He was speaking after being selected to chair the bill scrutiny committee which held its first meeting yesterday.

Mr Samart said even though the amnesty bill has only seven sections, the scrutiny of the bill would be comprehensive and take a long time.

Scrutiny should be allowed to proceed naturally to avoid criticism that the committee want to rush through the bill, he said.

More than 200 people gathered at parliament yesterday to express support for Democrat Party MPs who are to sit on the bill scrutiny committee. They also handed several demands to Mr Samart. The demands included wanting the committee to allow the public to attend the meetings and every meeting to be broadcast live both on television and radio.

They also want all sides involved in the 2010 political violence, including families of the victims, the police and the military involved in the crackdown on the protesters to testify to the committee and for opponents and adherents of the amnesty bill to be invited to express their views on the bill.

Meanwhile, white-masked protesters of the V for Thailand movement announced on their Facebook page yesterday they will stage anti-government rallies throughout the country and overseas on Sunday. The announcement said they would protest against parliamentary dictatorship and the amnesty bill.

In Bangkok, the white masks will rally in front of CentralWorld shopping complex from 2pm, the announcement said.