High-speed railway bid for all countries still on

The government has not struck a barter deal with China to swap Thai farm produce for Chinese investment in high-speed rail, Transport Minister Chadchart Sittipunt says. 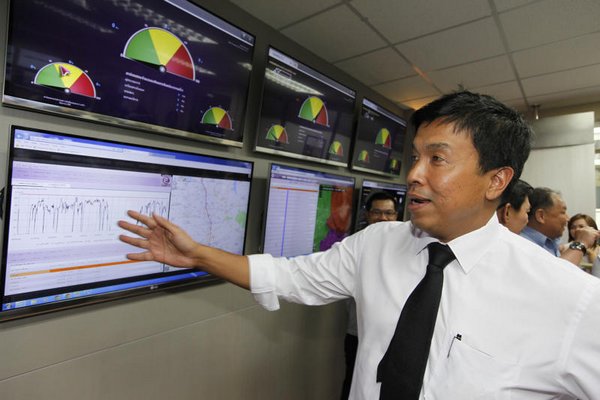 Transport Minister Chadchat Sittipunt is a major force in pushing development of the proposed high-speed rail network, but he says reports of a barter deal with China are false. (Bangkok Post file photo)

The reports surfaced after Ms Yingluck held discussions with Mr Li in China's southwestern city of Nanning on Sept 2.

Mr Chadchart said the barter issue is still a proposal and that it needs further work.

The government still plans to hold a bidding contest for the high-speed railway projects, which will allow every country to participate, he said.

The minister conceded that China has expressed interest in investing in high-speed railways between Bangkok and Nong Khai as they can be linked to the southern Chinese city of Kunming via Laos.

"A feasibility study for the trade-off between agricultural produce and the rail system investment must be conducted, but it could take time and involve a long process," Mr Chadchart said.

Officials would have to consider which aspects of the train equipment purchase could be bartered with farm produce, he said.

The minister said 20-30% of the cost of the high-speed railways, or 140-210 billion baht, will go on train equipment procurement.

The farm produce will include rice and rubber. A joint committee would iron out the details.

A Transport Ministry source yesterday said barter trade deals concerning high-speed railways would be hard to achieve given the complexity of the regulations.

The source said the cabinet once approved a barter trade of dried longan for diesel locomotives in 2005, but it failed to come about because the regulations were too stringent.

Meanwhile, a rice trader, who declined to be named, said such barter deals would be unlikely because the Thai and Chinese governments have yet to agree on an MoU on rice sales.

China prefers purchasing rice from private Thai traders as it still has no confidence in the quality of the government's rice stock, the trader said.

He said barter trade deals were not needed these days because there are already markets for each product.

Rice should be sold on the rice market, where the government is likely to get the best price, he added.

Money from rice sales then can be used to buy trains or other products as needed.

"The government wants to barter rice for other products because it wants to cover up the extent of the losses we are suffering from selling rice under the rice-pledging programme," Mr Korn, a former finance minister, said.

Such barter trade will prevent Thailand from receiving high-speed trains at the best quality and price, as such the arrangement would select only countries which agree to exchange their products for rice, he added.

Another jailed rally leader has Covid