Caretaker Prime Minister Yingluck Shinawatra is the No 1 party-list MP candidate of the Pheu Thai Party, according to a document filed with the Election Commission (EC) on Monday, the first day of registration of election candidacy. 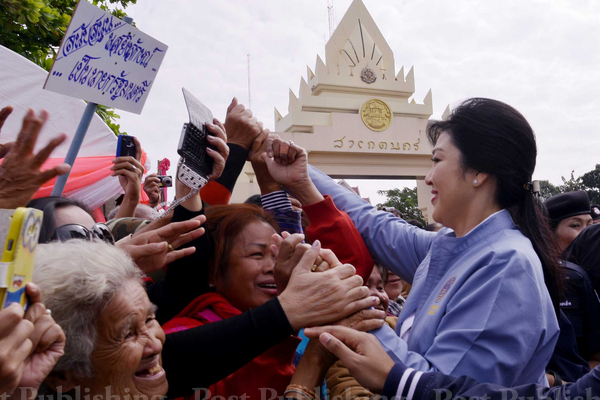 Former prime minister Somchai Wongsawat, who is Ms Yingluck's brother-in-law, is the No 2 party-list candidate.

A total of 35 political parties have already signed up and were due to draw the ballot numbers on Monday, but it was possible that may be postponed, the EC said.