Caretaker Prime Minister Yingluck Shinawatra told foreign journalists on Friday there is no democracy without elections, and if the Feb 2 poll goes smoothly it would help to resolve political conflicts faster. 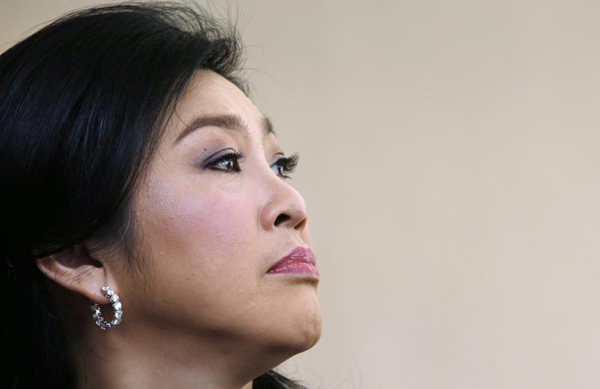 Caretaker Prime Minister Yingluck Shinawatra during her press conference with foreign media on Friday, Jan 17, 2014 where she said she will not step down and awaits the outcome of the Feb 2 elections for the people to decide on her future. (EPA photo)

During a 45-minute interview with foreign journalists at the Office of the Permanent Secretary for Defence in Muang Thong Thani, Ms Yingluck said an election is the best solution to the current and her caretaker government was determined to stay in office until the next administration takes over.

She said the Election Commission has a duty to organise the vote and her government will facilitate it to do so.

Her government is working towards the Feb 2 poll and if polling on that date failed to come up with MPs for all seats then elections will be repeated until there are enough MPs for the House to reopen, she said.

Ms Yingluck said the demands of protesters to postpone the election could not be met under the constitution, but she did not shut the door on negotiating with other parties, including the People's Democratic Reform Committee which is leading the push to oust her government and call off the vote.

In response to demands for her resignation, Ms Yingluck said protesters had not proposed an alternate prime minister, so she therefore must stay and work national reform forums while preparing for the election, to maintain national progress.

Meanwhile, permanent secretary for defence Nipat Thonglek showed reporters a letter from US Congressman Michael Turner to President Barack Obama calling on him to voice support for the Feb 2 election.

Mr Turner's letter said Thailand, a strong US ally that plays a pivotal role in democratic stability throughout Asia, was being threatened by "an anti-democratic uprising".

"Today's Washington Post editorial [Thailand's anti-democracy protests should provoke a harsh rebuke from the US], highlights yet another democracy being threatened by an anti-democratic uprising," Mr Turner wrote.