The monk is wanted for blocking advance voting in the general election on Jan 26.

The court said police had sufficient evidence to confirm the monk's guilt.

A lawyer for Buddha Issara said a petition to revoke the warrant would be filed with the court tomorrow, citing an earlier Constitution Court ruling that the protest was peaceful and without weapons.

The arrest warrant was issued by Thung Song Hong police.

On Thursday morning, Buddha Issara inspected the offices of Election Commission (EC) officials inside the government complex on Chaeng Watthana Road. He was escorted by commissioner Somchai Srisuthiyakorn. 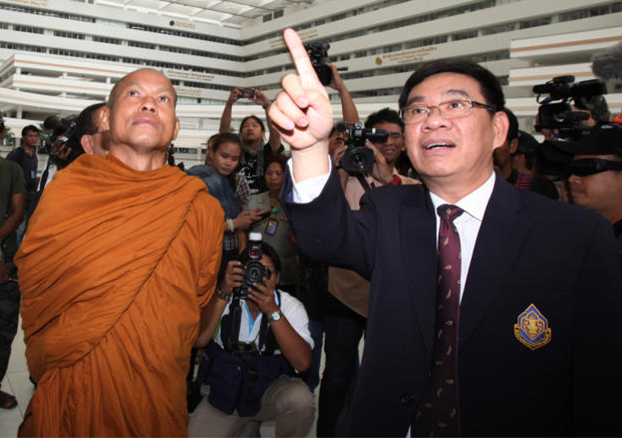