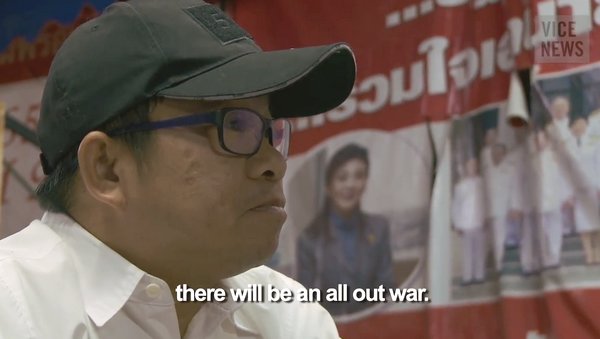 A video clip was circulated online showing the interview in which Mr Wuthipong made the offensive remark about the monarchy.

The police chief was informed by the Technology Crime Suppression Division (TCSD) that Mr Wuthipong's remark in the clip shared on YouTube violates Section 112 on lese majeste in the Criminal Code.

"The TCSD was instructed to contact the Information and Communication Technology Ministry to block access to the clip," Pol Col Vichayakorn said, adding that the ministry was now working on the issue.

She added that the Royal Thai Police Office has warned the public not to share the video clip as those doing so will also be subject to punishment under Section 112. Those found guilty are liable for a three- to 15-year jail term.