The anti-government People's Democratic Reform Committee’s (PDRC) will kick off its "all-out final battle" rally Friday, with the possibility that they might attempt to occupy major government buildings and lay siege to free-to-air TV stations, according to a source in the PDRC. 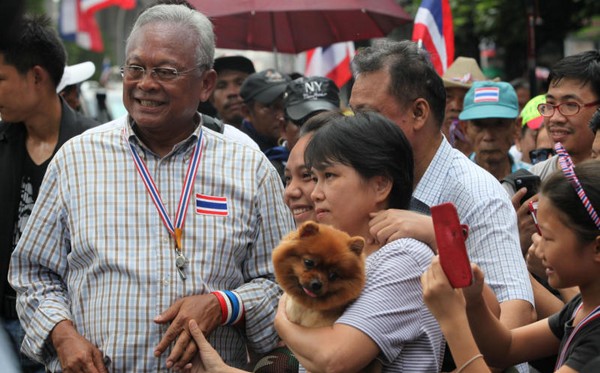 Invigorated by the Constitutional Court's ruling that ousted caretaker prime minister Yingluck Shinawatra and nine of her cabinet ministers on Wednesday, the PDRC abruptly brought forward its planned rally from next Wednesday to Friday. 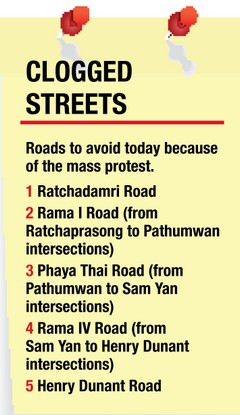 As part of its promised last-ditch attempt to seize power and replace the caretaker cabinet with an interim government, the PDRC was preparing to mobilise its supporters to occupy Government House, the headquarters of the government, said the same PDRC source.

Parliament was also being considered as another target, but that occupation would probably be carried out at a later date, said the source.

The PDRC wants to seize parliament because the building will be needed for the process of selecting members of what it has described as a "people's council", which will be responsible for leading reforms before a new election is called, the source added.

Aside from these two main government buildings, the PDRC was also considering occupying the Royal Thai Police Office, the Interior Ministry and the Defence Ministry, the source said.

The PDRC protesters led by Luang Pu Buddha Isara at the Chaeng Watthana rally site would act as a rapid-deployment unit for the PDRC's seizure of these government offices, while other supporters of the PDRC remaining at the main Lumpini Park rally site, would follow later, the same source said.

Some free-to-air television channel stations were also being considered as targets by the PDRC.

The UDD would also invite Ms Yingluck to the gathering, Mr Jatuporn said.

He said political developments in the country have been shifting rapidly, as the movement to overthrow democracy was speeding up its attempt to install a new prime minister through Section 7 of the constitution.

The red-shirt supporters should now prepare to fight the person who has been pulling the strings of the independent agencies which are trying to oust the caretaker government, he said.

"Here is the message to all UDD leaders and red-shirt supporters: Our current enemy is the 'smart elite system'," Mr Jatuporn said.

He also mentioned Privy Council president Prem Tinsulanonda being an enemy. According to Mr Jatuporn, the bomb attacks on Chulabhorn Hospital and Siam Commercial Bank head office on Wednesday night were attempts to stir up unrest to pressure the military to carry out a coup.

An army source said army chief Prayuth Chan-ocha skipped a routine security briefing Thursday and ordered that reporters be barred from attending a function he was due to preside over.

Deputy national police chief Worapong Chiewpreecha said about 100 companies of soldiers and police officers were to be deployed to prevent violence.