Media organisations have condemned the threat by anti-government protesters to blockade five television stations and force them to stop carrying news about the government. 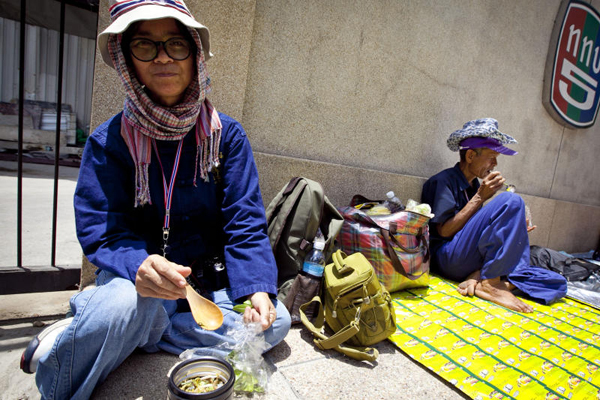 Anti-goverment protesters blockade Channel 5 on Friday to demand the station air only their side of the political story. (Photo by Krit Phromsakla Na Sakolnakorn)

By demanding that the stations carry only news related to its campaign, the People's Democratic Reform Committee is threatening the rights and freedom of journalists to perform their duty, it added.

The protesters must end their pressure on the media to engage in one-sided reporting and respect editors' decisions about what to broadcast to the public, it said.

Friday's intimidation campaign is the second by the PDRC, which also threatened to shut down broadcasters that failed to carry its "news" during the Bangkok Shutdown campaign.

That threat too was roundly condemnet and PDRC leader Suthep Thaugsuban later apologised.

Teachers plead for vaccination against Covid