From Asean capitals to Washington, world governments expressed concern about the situation in Thailand after the declaration of martial law and hoped the political conflict could still be resolved within the democratic process. 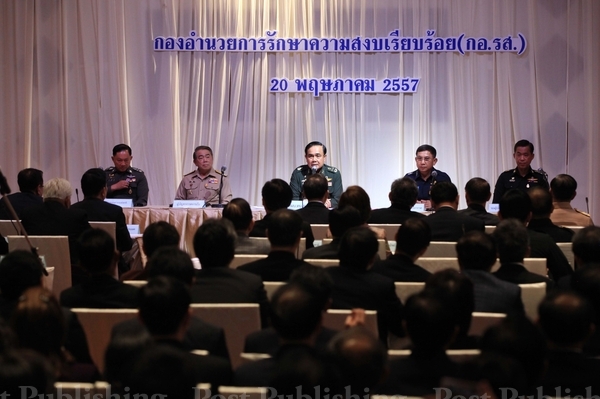 "Indonesia has consistently called for respect of the constitutional process and democratic principles in order to promote national reconciliation and unity, reflecting the wishes of the Thai people," he said in Jakarta.

''We're just cheering on the sidelines for them to resolve it. Thailand is a great country. They've shown their resilience and we're confident that this is a short-term hiccup,'' he said in Manila.

"We have grave concerns about the situation in Thailand," Japan's chief cabinet secretary Yoshihide Suga told reporters in Tokyo. "We once again strongly urge all parties concerned to act in a self-restrained manner without using violence."

US State Department spokeswoman Jen Psaki said the US was very concerned.

The US ''urges all parties to respect democratic principles, including respect for freedom of speech. We expect the army to honour its commitment to make this a temporary action to prevent violence, and to not undermine democratic institutions", she said.

Australia's Department of Foreign Affairs and Trade urged all parties in Thailand to resolve their differences through peaceful democratic processes. ''Thailand has Australia's goodwill and support as it tries to find ways to settle its political difficulties,'' it said in a statement.

The Human Rights Watch strongly opposed martial law and the curbing of freedom of the press by the closing of several cable TV stations, including the anti-government BlueSky, the mouthpiece of the People's Democratic Reform Committee, and the red-shirts' AsiaUpdate channel.

"While there has been sporadic violence in recent months, nationwide martial law was not necessary to prevent further violence,'' Brad Adams, the right group's director of the Asia division, said.

''Censorship and shutting down of both anti-government and pro-government satellite TV channels and radio networks raises serious concerns that freedom of expression will be the first victim of de facto coup,'' he said, urging international pressure to end the imposition of martial law.