special report: Junta moves in officers it can trust

Since the military took over administrative power last week, scores of high-ranking police have been removed from their posts for their alleged links with former prime minister Thaksin Shinawatra. 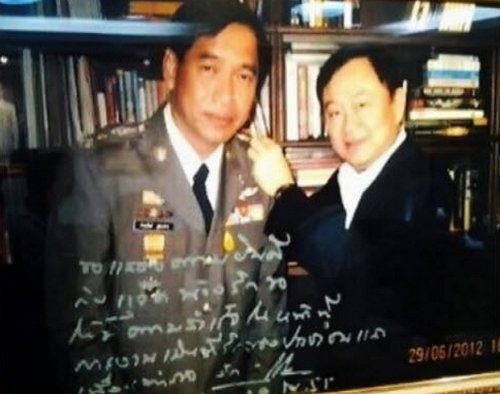 Mr Tarit was replaced by police adviser Pol Gen Chatchawal Suksomjit, an officer the military is thought to trust.

Even national police chief Gen Adul Saengsingkaew, who is also the NCPO deputy chief, supervising special affairs, has been removed to pave the way for deputy police chief Watcharapol Prasarnrajkit to take the helm.

Gen Prawit was among a group of civilians and military officers appointed as NCPO advisers on Tuesday.

As soon as Pol Gen Watcharapol took over as police chief, a series of police transfers followed.

NCPO chief Prayuth Chan-ocha also has confidence in him as they both worked at the Centre for Resolution of Emergency Situation (CRES) during the 2010 red-shirt crackdown.

Pol Lt Gen Kawee played a key role in crackdown on PDRC protesters in February that resulted in fatalities.

Pol Maj Gen Sanit reportedly had the support from Mr Suthep when he was in political power.

Provincial Police Region 4 chief Anuchai Lekbamrung, who was in charge of the police investigation into the 2010 deadly crackdown on the red-shirt demonstrators, was replaced by Pol Lt Gen Detnarong Suthichanbancha, commissioner of Police’s Office of Budget and Finance.

Pol Lt Gen Detnarong is known to also have a close connection with Mr Suthep.

However, some key police positions have been left untouched.

Those include the commissioners of Provincial Police Region 3, 8 and 9 as well as assistant police chief Winai Thongsong, a nephew-in-law of Thaksin’s former wife Khunying Pojaman na Pombejra.

They have not been transferred because the areas under their jurisdiction were not predominantly red-shirt zones, a police source said. 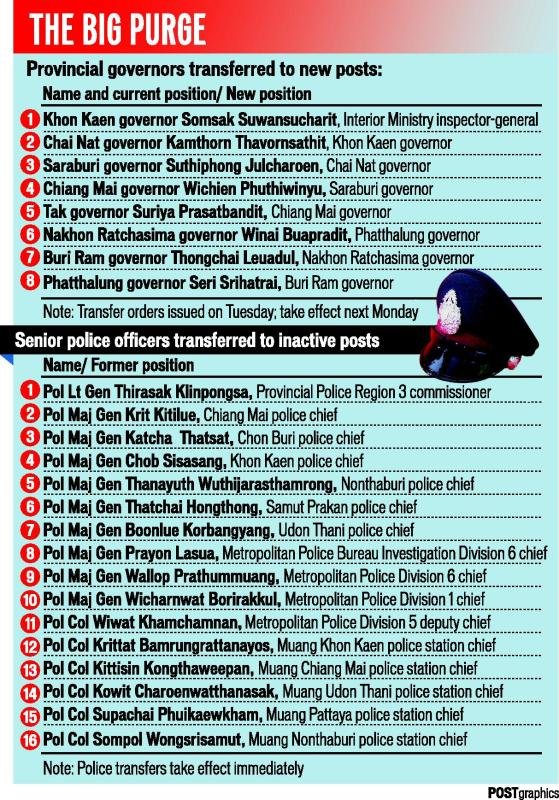 Thai players booked three semi-final berths at the US$675,000 Malaysia Open in Kuala Lumpur on Friday.