The Maracana stadium, one of the venues for the 2014 World Cup, is seen from Turano slum in Rio de Janeiro. Games will be played in 12 cities in Brazil from June 12 to July 13. (Reuters photo)

Just seven days before the 2014 World Cup kick-off, football-mad Thais are left with little choice but to watch the tournament at home or at friends' homes if they sleep-over - or live in tourist centres. 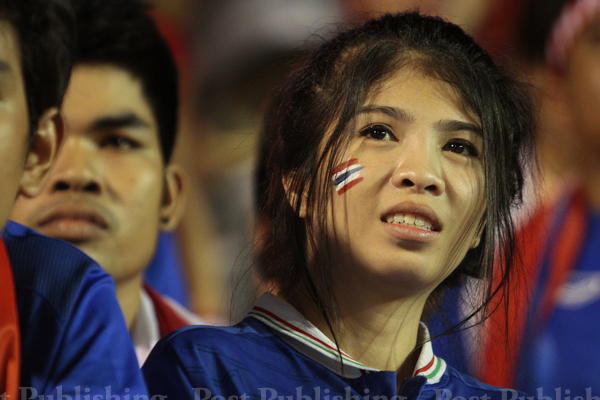 Football fans in Thailand have to watch the World Cup tournament at home due to the curfew, unless they are in tourist areas where the restriction has been lifted. (Photo by Patipat Janthong)

After the National Council for Peace and Order (NCPO) lifted the night curfew in Pattaya city, Koh Samui in Surat Thani province and Phuket island on Tuesday to help the tourism industry, football fanatics were hopeful the junta would also give them a break by easing the curfew elsewhere during the tournament in Brazil.

The kick-off match starts next Thursday at 5pm in Sao Paolo between the hosts Brazil and Croatia. It will be at 2am on Friday in Thailand. The earliest matches during the one-month tournament start at 1pm in Brazil, or 11pm in Thailand, just one hour before the curfew kicks in from midnight to 4am.

NCPO spokesman Winthai Suwaree brought down their hopes on Thursday. The World Cup is not the only factor for consideration, as the junta also looked at security concerns when deciding the fate of the curfew, he said.

Instead, he praised the benefits of the curfew, which was imposed on May 22 when army chief Gen Prayuth Chan-ocha declared a coup.

''The curfew helps people go back home early to stay with their families,'' Col Winthai said. ''If we want to watch the World Cup, doing it at home is okay. All family members can cheer (their favourite team). The NCPO curfew starts at midnight and is suitable,'' he said.

''We are ready to consider lifting the curfew when the situation permits,'' he added.

Col Winthai said people could not jump to conlusions that the situation was already safe, as there might be ''other things liying beneath the surface''.

Brazil, England, the Netherlands, Germany, Italy and Spain are among favourite teams of Thai fans at this year's tournament.

Football fans in tourist areas have it lucky. The curfew has been lifted in Pattaya, Koh Samui and Phuket.