Security agencies are keeping a close watch on the movements of the Patani Liberation Army (PLA) which is recruiting and training insurgents to carry out attacks in the deep South.

According to sources in military and security agencies, the PLA is believed to have links to New Pulo, a group of southern separatists who broke away from the Patani United Liberation Organisation, or Pulo. 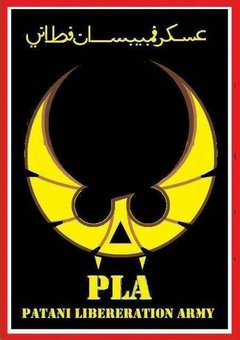 According to a propaganda posting on the internet, the PLA was formed by ex-Pulo members in a breakaway moment in 2009, with this stylised bird as its symbol. According to a 2013 statement, the group intended to "bring violence" to disrupt the peace talks between the government and the Barisan Revolusi Nasional (BRN).

The sources said New Pulo comprises two factions — one led by Gustury Magota and the other by Samsuding Khan — both of which have been excluded from the peace talks process between the government and the Barisan Revolusi Nasional (BRN).

Lt Gen Paradorn led the Thai team in the peace talks from March last year. He stopped the talks in December after the Lower House was dissolved.

In April this year, Malaysian peace talk facilitator, Datuk Seri Ahmad Zamzamin Hasim, insisted the talks would continue, but he expressed concern the two sides were still in a state of mutual mistrust.

As for the PLA movement, it is believed the two factions have formed the PLA as a militant wing to carry out attacks in attempts to increase the groups' negotiating power. They are reportedly upset at being left out while Pulo is represented in the peace talks by Lukman bin Lima.

However, the number of PLA fighters is not known at present.

"Some militants who have been arrested admitted they were members of a group called the Patani Liberation Army [PLA]," said a source.

According to sources, Malaysian authorities arrested two Thai Muslims on Sept 6 last year and suspected the detainees were involved with the PLA after examining their seized weapons.

The firearms confiscated from the suspects were similar to those used by the PLA militants who appeared in a video clip "Demi Patani" released on YouTube on Aug 19 last year.

According to the sources, the PLA also has a Facebook page where its members post their training pictures. They are seen wearing T-shirts bearing the group's symbol during training. The Facebook page, written in Rumi — the Romanised version of the local Jawi language — and Thai, is being monitored by security agencies.

The PLA is also looking to recruit youngsters to join the movement. The group allegedly posts edited versions of photos said to be militant being trained by the Abu Sayaff separatist group on its page to appeal to potential members.

An army source said the peace talks process, which was initiated by the previous government, might have upset other insurgent groups including New Pulo and prompted them to launch attacks to send a message. The source said while the Thai government has no problems holding talks with New Pulo, it is not at liberty to engage the group in the negotiating process next time.

According to the source, the BRN and Malaysia, who acts as the facilitator, have a condition that Thailand needs their consent if it wants to bring New Pulo in. It is the BRN that brought Pulo to the peace negotiation process and kept New Pulo out, the source said.

However, the source said the army has its own team which coordinates with both factions of New Pulo to find out why the groups are kept out of the peace process.

Moreover, National Council for Peace and Order (NCPO) chief Gen Prayuth Chan-ocha wants to promote peace talks at every level and he reportedly plans to send teams to hold talks with other insurgent groups in other countries.

According to the source, the NCPO does not expect results from the "open" peace talks led by NSC secretary-general Thawil Pliensri who is reportedly scheduled to travel to Malaysia late this month to discuss the possibility of resuming the peace talks process with the BRN.

Mr Thawil will work with deputy army commander Gen Udomdej Sitabutr, who is in charge of implementation of southern policy.

The source said there is no word about a possible meeting between Mr Thawil and the BRN in the upcoming visit. The outgoing NSC chief reportedly keeps the details to himself.

According to the source, Mr Thawil, who is due to retire at the end of next month has nominated Anusit Khunakorn, the NSC deputy chief, to succeed him.

The nomination has been submitted to Gen Prayuth for consideration. However, the source said the military council wants to put their man in the top NSC job. It is reported that Gen Surawat Butrwong, an army specialist and a member of National Legislative Assembly, may be nominated for the NSC top job.

Gen Surawat was an armed forces preparatory school classmate of Gen Udomdej, who is tipped to be the next army chief when Gen Prayuth retires late next month.

Gen Surawat's specialty is intelligence and he has close ties with military leaders in neighbouring countries.

He is also familiar with the southern peace talks, serving with the Thai delegation headed by former NSC chief Lt Gen Paradorn. 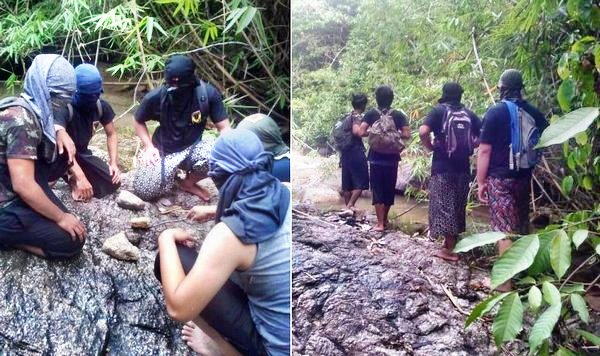 These photos are part of a modest propaganda effort by the PLA to show it has armed forces. There is no way to prove the authenticity of the photos, said to be PLA fighters.