Renowned artist Sriwan Janehuttakarnkit never feels lonely even though she lives a secluded life on a mountain in Chiang Rai. 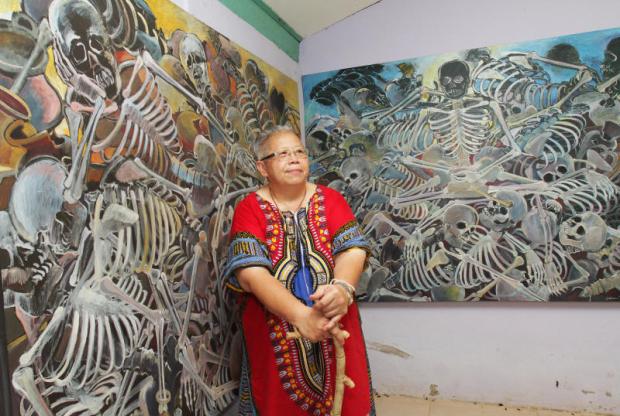 Her reputation attracts visitors from near and far to her house tucked away on Doi Sa-ngo in Chiang Saen district.

Her house also serves as an art gallery, nestling among the forest, and she always welcomes her guests with open arms.

Thai and foreign art aficionados regularly pop in for a visit and Sriwan is always on hand to show them around the Sri Don Moon Art Space gallery where they can appreciate her paintings and works of art.

Visitors can also soak up the relaxing natural surroundings on her one rai of land which is not far from the Golden Triangle.

At the age of 61, Sriwan needs a walking stick to support herself. But she still brims with spirit and vigour.

Most importantly, the hairstyle she sports is proof of her self-confidence. She has her hair cut short on the sides while the top is grown long and combed back into a pony tail.

About 10 years ago, Sriwan moved from Bangkok to Ban Sri Don Moon in Chiang Rai where she intends to spend the rest of her life in peace and seclusion, yet full of artistic creativity.

"I moved here more than 10 years ago," she said. "It began when my friends and I came here on a trip, and some of them bought land plots to live here. We divided up the land among us and built homes. My home has an office and a room for storing and displaying my paintings.

The pavilion in the compound of her home is an open space that welcomes visitors. Most of the regular guests are children of Akha hilltribe villagers living nearby, who are keen on painting.

"The villagers are like the fences around my house. Their children are keen to learn painting. We provide paint and paper for them. They have freedom to express themselves through painting. They also get free meals here," Sriwan said.

The children's paintings are used as postcards and sold as souvenirs to tourists visiting the Golden Triangle and at a resort near her house. They make 200-300 baht from selling their post cards on Saturday and Sunday which they use to support their families.

Many of them show great promise as painters and Sriwan is helping them to put together portfolios of their work.

"Their parents have no worries when their children are here. They are good neighbours so I don't feel lonely," she said.

Often she enjoys the company of fellow artists and former students who visit her.

She is also more than happy to do her bit to support charities or other causes. She was, for instance, among the artists who allowed their creations to be auctioned to raise funds for anti-government demonstrations led by the People's Democratic Reform Committee.

She has been recognised as one of the country's leading painters and received several awards. Her work has been put on display at art exhibitions both at home and abroad. Her paintings are also sought-after items among art collectors.

Many of her works are inspired by the teachings of Buddhism which centre around the impermanent and ever-changing nature of life.

Sriwan was once involved in a car accident and had to stay in bed at hospital alone.

"For once I feared death very much, apart from being afraid of ghosts. I got to read a book, The Miracle of Being Awake, by Thich Nhat Hanh, which helped lessen my fear and made me feel more mindful.

Born into a Chinese family on the banks of Khlong Phasicharoen on the Thon Buri side of Bangkok, Sriwan was an adventurous type who liked to try new things when she was young.

She said she once participated in a "grave-cleaning" ritual in which the remains of the dead are dug up and burned when the graveyard is full, so that there is enough space for the newly deceased.

Sriwan graduated from Poh Chang Academy of Arts and obtained a bachelor's degree and a master's degree in fine arts from Silpakorn University's faculty of painting, sculpture and graphic arts.

She started out as a teacher at Nakhon Ratchasima Technical College and her last teaching job was at Srinakharinwirot University, Prasarnmitr campus, before going into early retirement and settling in Chiang Rai about 10 years ago.

If she has no engagements elsewhere, she will spend the entire day painting at her house on the mountain. She also paints murals as well as repairs old ones at several local temples in the North.

"I don't expect to get rich selling my paintings. I've got my pension, which is enough for me to live on. I am ready to spend the rest of my life doing work for the good of society," she said.

When a powerful earthquake and hundreds of aftershocks hit Chiang Rai and other northern provinces in May, a group of famous artists in the North joined forces to raise money to help quake victims and they invited Sriwan to join them.

"I don't see myself as a great artist. But I'm proud to be a teacher," she said. 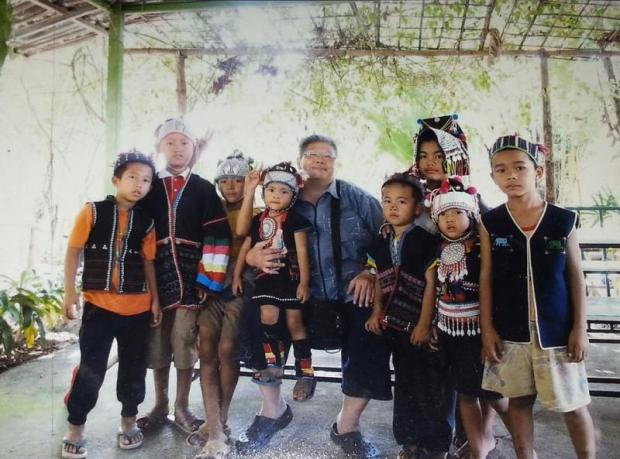 Renowned artist Sriwan Janehuttakarnkit with hilltribe children she teaches at her home in Chiang Rai. 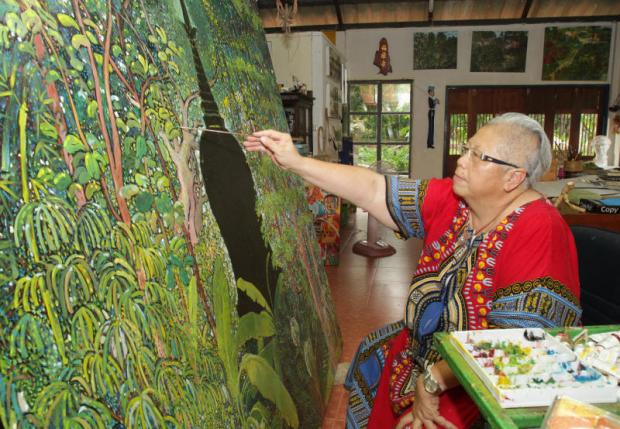 Sriwan likes to spend time in her home studio. She creates many water-colours themed around the reality of life. Photos by Tawatchai Kemgumnerd 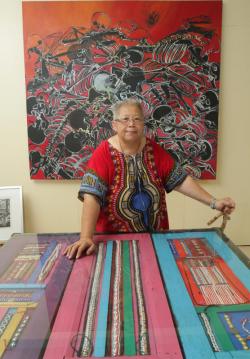 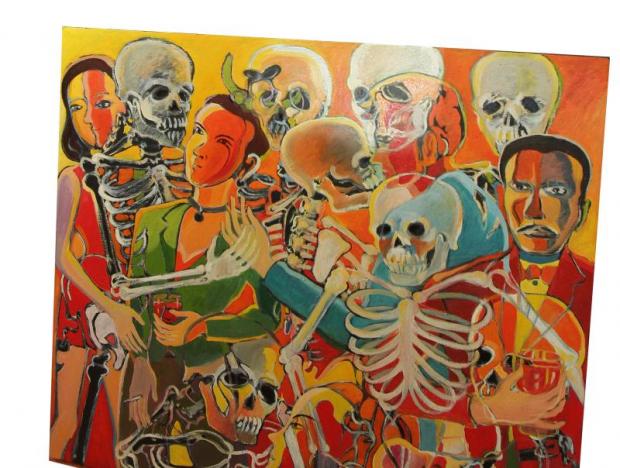