A servant of the law
Thailand
Politics

A servant of the law

Wissanu takes an important role in guiding the new administration | The ‘colour-coded’ TV channels are back, and ‘Fah Wan Mai’ is thriving, but with some trepidation | National reform was always going to be tricky, and so it is proving

Wissanu Krea-ngam is a walking encyclopaedia when it comes to the law, and his services are proving to be very welcome among the coup generals. 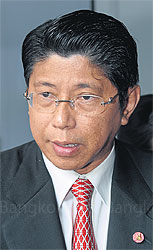 He currently occupies one of the deputy prime ministerial seats in the Prayuth Chan-ocha administration, debunking earlier speculation that he had been groomed to lead the National Legislative Assembly.

A source in the government said Mr Wissanu is far better suited for the post of deputy prime minister than chairman of the NLA. He has been entrusted by Gen Prayuth, the leader of the National Council for Peace and Order, with the task of helping the military administration to navigate through the labyrinth of affairs of state and with tackling legal complexities which could hinder that administration.

Mr Wissanu is an asset whose expertise will be of better use as a cabinet member, the source added.

Mr Wissanu has at his disposal a team of some of the countries’ most talented legal minds, with former parliament president Meechai Ruchupan lurking in the shadows.

Another “law czar” who is expected to have an active role in post-coup state of affairs is Borwornsak Uwanno, secretary-general of King Prajadhipok’s Institute. He has been nominated for the National Reform Council and is likely to win election and become an important cog in the drafting of the blueprint for national reforms in 11 areas.

Mr Wissanu and the others are all seasoned legal and constitutional drafters and their willingness to get on board to lend the government their help has been one of the reasons Gen Prayuth has offered them places in the administration.

The deputy prime minister made his first public appearance since being named to the cabinet at a reception celebrating Thailand-China diplomatic relations. It was at the event that he showed off his oratory skills as he spoke of the warmth and depth of the two countries’ ties, which he said, did not require words to describe. All it takes is “eye contact” for the two countries to communicate, such is the profound strength of relations, the deputy premier explained.

His speech drew applause from the Chinese delegates attending the event. He also pledged to continue to maintain diplomatic and cultural exchanges.

Prior to his selection to the cabinet, Mr Wissanu was a familiar face on television, hosting the Arthit Samosorn (Sunday Club) programme where he narrates interesting facts about major historical and cultural events and world figures. He pulled in viewers because of his gift as a story-teller who can take a mundane subject and turn it into a fascinating anecdote.

Mr Wissanu’s career background is associated with the controversial description of a Netiborikorn — or legal servant — who works with most governments regardless of which political camp dominates in the corridors of power. He has also written about past cabinet deliberations on various draft laws and the capabilities of certain former prime ministers and cabinet ministers.

Something in the air 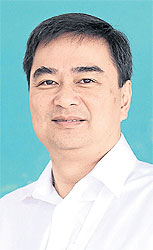 The resurrected Bluesky satellite channel, now renamed Fah Wan Mai, is back on air, but being operated with some degree of nervousness.

It was the only channel which stayed on air around the clock covering the six months of the protests by the People’s Democratic Reform Committee (PDRC) from October last year right up to May 22 when the National Council for Peace and Order (NCPO) staged the coup that toppled the Yingluck Shinawatra government which the PDRC was rallying against.

From May 22 until just recently, Bluesky and other politically partisan satellite channels were ordered by the coup makers to suspend broadcasting in keeping with the spirit of national reconciliation.

Fah Wan Mai (New Day Sky) has been reborn with a new identity, although most of the programmes screened by the channel are hosted by people connected to the PDRC.

Before the suspended channels were permitted to resume broadcasting, their managements were warned by the military government to avoid airing content that was politically provocative.

Tong Tham (Must Ask), one of the most popular programmes on Fah Wan Mai, has been the focal point of public attention. The weekly talk show is hosted by economics expert Chirmsak Pinthong and the high rating it enjoys has to do with the first guest invited on to the programme.

Democrat Party leader Abhisit Vejjajiva discussed at length hot topical affairs of the day, and during the show he talked of the possibility of the Prayuth Chan-ocha government remaining in power longer than the one-year time frame it has set. He said the monumental task of national reform, which is the underlying policy of the administration, will take some time and it might be later rather than sooner before the job is completed.

The channel is apparently heeding the words of caution from the NCPO. Its hosts are less blunt than normal.

Still, the channel’s boss was last week summoned by the National Broadcasting and Telecommunication Commission for a meeting along with representatives of other formerly “colour-coded” satellite channels.

They were reminded of the ground rules, that they must not spoil the atmosphere of reconciliation as the country now needs all the help it can get to put its bitterly divided past behind it.

Mr Abhisit concedes people involved in the Tong Tham programme feel rather jittery despite their best efforts to be mindful of the message they get across to audience. “They are a bit uptight, afraid the channel might be shut down a second time,” he said.

He said their apprehension is understandable. Nonetheless, the channel’s management is counting its blessings that no suspension order has been issued.

In fact, Fah Wan Mai has recorded a steady increase in popularity since its relaunch, although ratings have not reached the dizzy heights of those during the PDRC protests. However, to the surprise of many, the channel’s balance sheet is in better shape than it was during the PDRC protests. Sponsors now appear less hesitant to back the channel than when the Yingluck government was in power.

The headaches have started 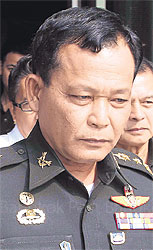 The selection of the National Reform Council (NRC) is now under way and is giving the 11 selection committees a real challenge to ensure the body truly represents all sectors of society.

The National Council for Peace and Order (NCPO) has appointed 11 screening committees, each with seven representatives, to choose NRC candidates nominated by non-profit juristic organisations for the 11 reform areas.

The NCPO has tasked the NRC with reforming the country in the areas of law and justice; local administration; national administration; politics; education; the economy; energy; public health and the environment; the mass media; social affairs; and a special category to deal with “other issues”.

Each of the 11 screening committees will choose 50 candidates, or a total of 550. The NCPO will then shortlist them to 173.

Provincial selection panels will pick five NRC candidates in each province, or a total of 335 candidates from the 77 provinces. The NCPO will then narrow them down to 77, or one NRC member for each province.

Nominations for the NRC began on Aug 14 and ended on Sept 2. A total of 7,370 people were  nominated as NRC candidates.

The Election Commission (EC), which is acting as the secretariat for the committees selecting the NRC members, is responsible for checking the qualifications of the applicants and was due to submit nominations to the selection committees yesterday.

Among the 11 reform categories, the one for "miscellaneous issues" sounds so comprehensive and open-ended it is likely to give the screening panel a big headache, said an expert on the issue.

On Sept 4, Prime Minister Prayuth Chan-ocha, who also heads the NCPO, chaired a meeting of the 11 screening committees and stressed the need for them to ensure the NRC has representation from a wide cross-section of groups in society.

This is particularly difficult for Natural Resources and Environment Minister Dapong Ratanasuwan who chairs the screening panel selecting NRC members who will work on "other issues".

A total of 778 people were nominated for the NRC's education reform committee, making up the largest number of NRC applicants in the 11 areas of reform. The next most popular category was the one for miscellaneous issues with 683 applicants.

Gen Dapong must now rack his brains to figure out how to break down the category into several sub-categories to cover the widest possible variety of groups in society.

Executives at the EC suggested the "other issues" category include a social group, a religious group and a cultural group, but the screening committee is wondering just exactly what the social group is and who it represents.

The screening committee then instructed the EC to come up with clear definitions for those groups and present them to the committee again so it can work more easily.

A committee source said that members of the screening committee have tried to keep a low profile, although many applicants have tried to find out e-mail addresses of committee members to contact them.

They wanted to email information on their qualifications and present their visions, the source said.

This is another challenge for Gen Dapong as he needs to ensure NRC members in the special category represent all sectors to avoid criticism of unfair treatment.