PM says he can justify his wealth
Thailand
Politics

PM says he can justify his wealth

Prime Minister Prayut Chan-o-cha said yesterday he is ready to defend the sources of his wealth after the anti-graft agency unveiled the assets and liabilities of his cabinet. 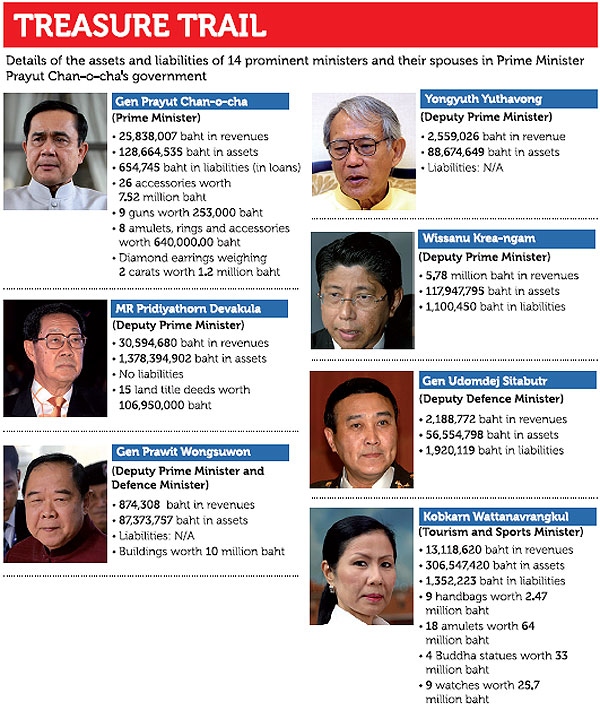 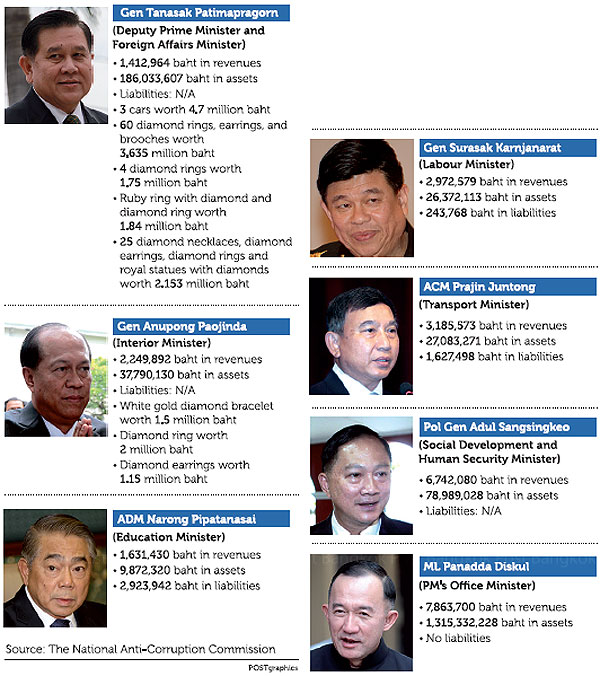 The list showed that the entire administration is virtually debt-free.

Gen Prayut and his wife have declared a net worth of 128 million baht in assets and 654,745 baht in debt.

Speaking to reporters about his assets and debts, Gen Prayut said he cannot remember the details, but all of the items can be examined and verified.

He said he is undaunted by the prospect of being scrutinised.

"I am thankful. I can assure you that I will do my best. I have no hidden agenda," he said.

According to Isra News Centre, Gen Prayut's asset declaration includes a deposit of 540 million baht on May 10 last year.

The money was transferred to his bank account by his father, Col Prapat Chan-o-cha, after the sale of land plots.

Isra News Centre revealed Gen Prayut transferred certain amounts to his father and brother and gave some of his portion to his children.

Members of the public can see the details of the asset declarations of each cabinet minister at the National Anti Corruption Commission (NACC) head office and on its website.

The information is available for public scrutiny until Nov 14.

According to the NACC, the wealthiest minister in the cabinet is Deputy Prime Minister MR Pridiyathorn Devakula with a net worth of 1.38 billion baht and no debt.

He is also without debt.

Gen Prawit has declared a net worth of 87.37 million baht and no debt.

Compared with assets worth 79 million baht he declared after vacating office as defence minister in the Abhisit government in August 2012, Gen Prawit is about 8 million baht richer.

Gen Anupong has declared 37.79 million baht worth of assets and no liabilities.

He signed as an insurer for Phrueksapjan Pattana Co for a loan worth 258.9 million baht on May 30 last year.

Gen Prayut's assets and debts list was eagerly anticipated after his brother, Gen Preecha Chan-o-cha, recently declared his assets in his capacity as a member of the National Legislative Assembly (NLA).

Gen Preecha, assistant army commander, and his wife have 42 million baht in their bank accounts and nine land plots worth 9.1 million baht.

All cabinet members and the NLA are required by the NACC to reveal their assets and liabilities.

The list revealed that a number of former and current state officials in the NLA hold net assets worth more than 100 million baht.