The Routledge Handbook of Southeast Asian Democratization, published this month by Routledge, the academic-publishing arm of the Taylor & Francis group of the UK, was written by William Case, a professor at the Department of Asian and International Studies at the City University of Hong Kong.

According to the publisher, the 464-page handbook "addresses topics including the impact of belief systems, historical records, regional and global contexts, civil society, ethnicity, women, Islam, and social media.

"The performance of political institutions is also assessed, and the volume offers a series of in-depth case studies, evaluating the country records of particular democratic, hybrid, and authoritarian regimes from a democratization perspective.

"Bringing together nearly 30 key international experts in the field, this cutting-edge handbook offers a comprehensive and fresh investigation into democracy in the region." 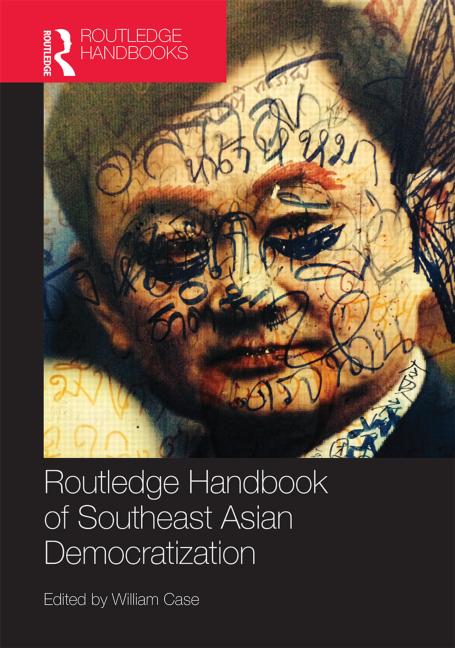 The handbook has four sections:

The cover is a poster of Thaksin that has been vandalised with expletives, believed to be Thai curse words and insults like "beast" and "dog face".

It is believed the poster was defaced during the mass demonstration against the Pheu Thai government last year.