The National Council for Peace and Order Wednesday summoned a key member of the Pheu Thai Party for talks after he alleged that the impeachment of former prime minister Yingluck Shinawatra was politically motivated. 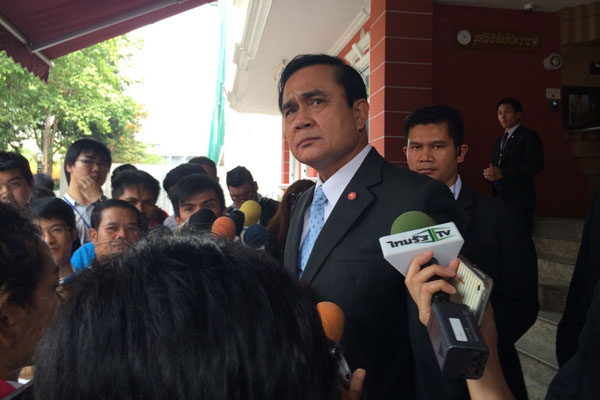 NCPO chairman Gen Prayut Chan-o-cha ordered the NCPO to bring in Surapong Tovichakchaikul, a former deputy premier and foreign minister under Ms Yingluck, on Wednesday. Lt Gen Kampanart Ruddit, 1st Army Region commander, said he was aware of the summons, but would preferred not to sate what day the former foreign minister was told to come.

"Whether we'll talk with him and then let him go home, or invite him to stay overnight at our camp to adjust his attitude depends on his behaviour. If he refuses to cooperate, we'll have his financial transactions scrutinised," he said.

When he reports, Mr Surpong also will be asked to explain comments supporting controversial remarks given in a speech Monday by US Assistant Secretary of State Daniel Russel.

"The government should understand Mr Russel's warning if they are wise, as the US is our ally, not our enemy," Mr Surapong told reporters Tuesday. "He emphasised that the voice of the majority should be heard." 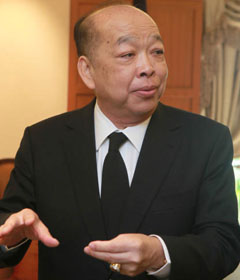 He added that Thailand could become a military-ruled nation like Myanmar was previously if it loses its democratic way.

In his speech, Mr Russel on Monday criticised the government for its martial law imposition and control on expressions.

"We're ... particularly concerned that the political process doesn't seem to represent all elements of Thai society," Russel said. "The alternative - a narrow, restricted process - carries the risk of leaving many Thai citizens feeling that they've been excluded from the political process."

He continued that "ending martial law throughout the country and removing restrictions of speech and assembly ... would be important steps as part of a generally inclusive reform process."

The Foreign Ministry took strong exception to the comments and on Wednesday summoned US charge d'affaires W. Patrick Murphy to express the government's "disappointment" with Mr Russel's remarks.

The NCPO also summoned Mr Surapong for comments made before the vote on Ms Yingluck's impeachment Friday. He said NLA members had already made up their minds about the corruption allegations made in the impeachment motion. Some NLA members, especially those from the Group of 40 Senators, were hostile towards Ms Yingluck and were bent on impeaching her, he said.

Mr Surapong said he was ready to meet the NCPO and that he had just elaborated on Mr Russel's feeling about Thailand.

On Thursday, reporters asked Gen Prayut, who also is prime minister, if Ms Yingluck would also be summoned. He said she would not because he honoured her as a former premier.

Deputy Prime Minister and Defence Minister Prawit Wongsuwon said that the NCPO was within its rights to summon Mr Surapong due to his division-provoking behaviour. He also confirmed that the martial law would remain in effect.

Gen Prawit also said that Ms Yingluck was not unfairly treated and the National Legislative Assembly had voted to retroactively remove her as prime minister for her wrongdoings before the May 22 coup.