Anupong: US can meet reds

US embassy officials are free to meet Thai red-shirt leaders but the government hopes they will not meddle in Thailand's internal affairs, Interior Minister Anupong Paojinda said on Saturday. 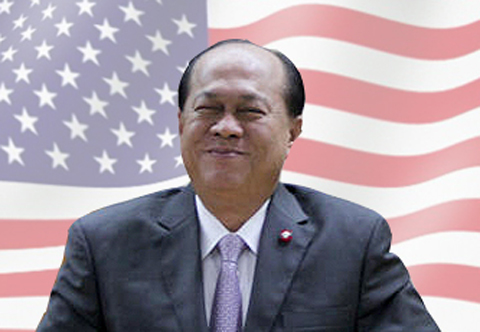 Gen Anupong: "The government has no intention of abusing its power."

The American diplomats travelled to the northeastern province of Udon Thani on Thursday to seek a meeting with Kwanchai Praipana, a key figure in the United Front for Democracy against Dictatorship (UDD). Prime Minister Prayut Chan-o-cha subsequently asked the army to keep tabs on the embassy staff.

The trip took place against the backdrop of strained Thai-US relations following pointed criticism by a senior US diplomat earlier this week.

Gen Anupong said the US diplomats wanted to gather first-hand information about political conditions in the northeastern provinces. Provincial governors have reported that conditions remained peaceful and they had not detected any political movement in the region.

"It is permissible to have meetings and collect information but what the government is trying to do now is address problems in the country and create national reconcilation. The government has no intention of abusing its power," said Gen Anupong, a former army chief.

"I would like the US embassy staff to understand the government's work, its law enforcement duties and the work of the National Legislative Assembly (NLA) on the impeachment of former prime minister Yingluck Shinawatra," he added.

"The Thai economy is improving and the tourism sector is recovering. We don't want turmoil to happen again."

Discussing relations with foreign countries, Gen Anupong that that those with different views should offer constructive comments. Thailand has no intention of intervening in the internal affairs of foreign countries, and they should behave similarly, he added.

The military-led government was angered earlier this week by comments made by the most senior US official to visit the country since the May 22 coup.

Daniel Russel, Assistant Secretary of State for East Asian and Pacific Affairs, gave an address at Chulalongkorn Univetsity in which he called for the end of martial law. He also voiced concern about curbs on freedom of expression and about judicial fairness.

He was referring to the recent impeachment of Ms Yingluck by the junta-appointed National Legislative Assembly for her failure to curb corruption and losses in her government's rice-pledging programme.

Mr Russel's comments were quickly taken up by Pheu Thai Party members who spoke up in defence of the former premier, prompting the military to order them to report for a new round of "attitude adjustments".

The comments also brought out hardline nationalists to demonstrate outside the US Embassy in Bangkok. The martial-law ban on gatherings of more than five people was not enforced.