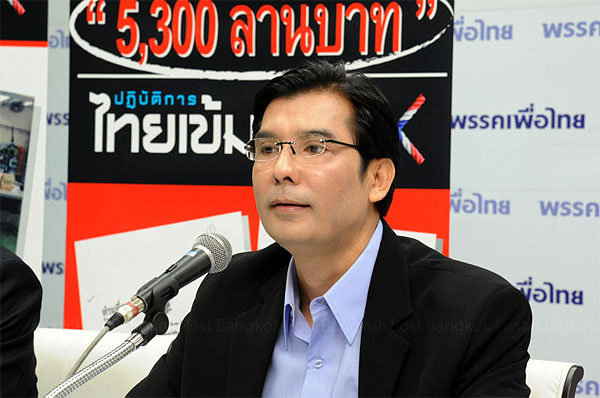 Prompong: One year in prison

Prompong and Kiat-udom arrived at the Criminal Court on Friday to hear the Supreme Court’s ruling on their final appeal.

Mr Wasan brought a defamation lawsuit against Prompong, a former Pheu Thai Party list-MP, and Kiat-udom, a former Pheu Thai MP for Udon Thani. The suit said they wrongfully accused him during a press conference on June 8, 2010, of acting inappropriately and lacking judicial ethics and impartiality.

The Criminal Court found the pair guilty of defamation and sentenced them to one year in prison, suspended, and fined them 50,000 baht.

The Appeal Court lifted the suspension, ruling the defendants had intentionally insulted the judge and discredited the judiciary, despite being well-educated and holding political positions. The Supreme Court upheld that decision.

Mr Prommin filed a lawsuit against the three men for a remark Mr Suthep made at a press conference on March 16, 2006 — that Mr Prommin was among the Thai Rak Thai executive members who committed poll fraud by hiring small parties to run in the 2006 election.