Gen Preecha, the younger brother of Prime Minister Prayut Chan-o-cha, was required to submit a list of assets owned by himself and his spouse to the agency when he was appointed to the National Legislative Assembly last year.

Their declaration of assets came under scrutiny when media reports recently questioned whether Gen Preecha had concealed some of the wealth belonging to his wife. The reports said there appeared to be discrepancies in Gen Preecha's declaration, since the total value of the assets owned by the couple was higher than shown on the assets list. 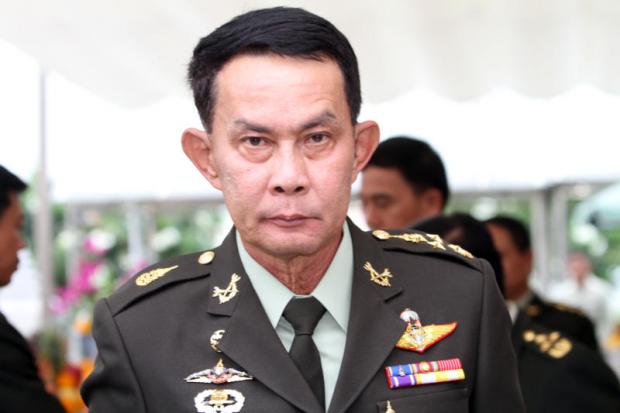 Preecha: 'Did not conceal wealth'

NACC secretary-general Sansern Poljeak said all 10 bank accounts owned by the couple were correctly included in the file submitted by Gen Preecha, although they were listed on different pages.

While the summary page only listed five savings accounts belonging to Gen Preecha himself, another five registered under his wife's name appeared in other pages of his submitted folder.

"It could have been a technical mistake," he argued, adding NACC officials had corrected the summary document after spotting the error.

Mr Sansern said Gen Preecha had not intentionally submitted a false list of assets, nor had he tried to conceal his wealth. If this had been the case he would not have included the documents regarding his wife's savings accounts, he said.

The couple declared 89.42 million baht in savings accounts, 42.05 million baht of which was under Gen Preecha's name and 46.99 million baht under his wife's name. It was unclear if the remaining 380,000 baht had been accounted for.

Gen Preecha also added a document related to the savings cooperative of the 3rd Army Region to his file. This account was neither registered under Gen Preecha's name, nor that of his wife, as had been mistakenly reported by some media, Mr Sansern said.

Gen Preecha, a former 3rd Army Region commander, had the authority to withdraw funds from the state-owned account, Mr Sansern added, which is why he had included it in his file. "However, that does not mean these funds are in the possession of Gen Preecha or his wife," he said, praising Gen Preecha's honesty.