The Supreme Court on Tuesday acquitted five police officers charged with the robbery and coercion of the "disappeared" human rights lawyer Somchai Neelapaijit 11 years ago, upholding the appellate court's ruling.

The court also ruled that his family could not act as a co-plaintiff in bringing the case as there was no concrete evidence that Mr Somchai, abducted in March 2004, was dead or seriously injured.

His wife Angkhana Neelapaijit and their second daughter, who were present at the hour-long delivery of the judgement, refused to sign their names to acknowledge the ruling.

"I'm very disappointed," said Mrs Angkhana, 59. She thought the parties involved should have listened to the evidence that her husband had been injured and was presumed dead. (Story continues below) 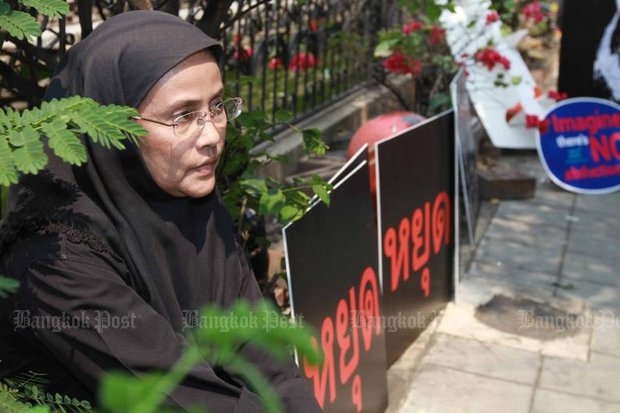 Angkhana, wife and likely widow of Muslim lawyer Somchai Neelapaijit, who was disappeared in 2004. The Supreme Court on Tuesday freed the five ex-policemen accused of abducting the civil rights attorney. (Photo by Somchai Poomlard) 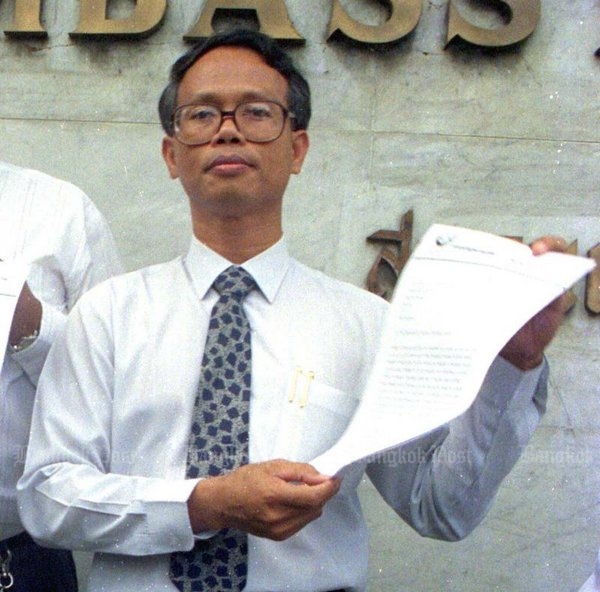 Lawyer Somchai, making a civil rights case to the media the day before his disappearance on March 12, 2004. (Bangkok Post file photo)

The CSD officers were allegedly upset that Mr Somchai, also a Muslim, told the media that his clients -- who were charged with firearms theft and violence in the deep South in January 2004 -- were beaten by police and forced into giving false confessions.

They accused the defendants of assaulting and forcing Mr Somchai into their vehicle and later impounding his car. A month later, the five accused officers surrendered and denied all charges.

On Jan 12, 2006, the Criminal Court sentenced Pol Maj Ngern to three years in prison for coercion but acquitted the other four.

The court also dismissed the robbery charge because Mr Somchai's car was later found at Mor Chit 2 bus terminal and there was also no proof that his belongings had been stolen.

On March 11, 2011, the Appeal Court acquitted all five defendants, deeming the testimonies of prosecution witnesses relating to the identification of the defendants confusing.

It also dismissed the request of Mr Somchai's family to be a co-plaintiff because there was no evidence that he was dead.

But the court issued an arrest warrant for Pol Maj Ngern, who failed to turn up for the ruling, and confiscated his bail money.

While prosecutors and the family were filing their appeal to the Supreme Court, the Pathum Thani provincial court on May 17, 2012 declared Pol Maj Ngern a missing person, after his lawyer and family testified that he had drowned and disappeared in a landslide in Phitsanulok province on Sept 19, 2008.

In explaining the acquittal, the Supreme Court said it found the testimonies of the prosecutors' eyewitnesses confusing and questionable over the identification of the kidnappers.

After the verdict, the four remaining defendants embraced one another with big smiles, but subsequently declined to speak with reporters.

Mrs Angkhana, who told reporters the eyewitnesses had been intimidated and not placed in the witness protection programme, changed her Facebook account profile photo to a black background with the word "Unjust" written in white.