Criticism has flared over the government's plan to amend a law to allow foreign investors to lease state land for up to 99 years.

The government earlier said the amendment of the commercial and industrial leases in the immovable property act, which will extend the maximum lease term for state land from 50 to 99 years, would help entice foreign investors. The Pheu Thai Party has insisted the issue should be put up for a referendum.

Chavalit Wichayasut, acting deputy secretary-general of Pheu Thai, said the amendment will directly affect people and the matter needs thorough consideration. It is important that people's opinions should be gauged through a referendum, he said, adding it is not suitable for the current government to proceed with it.

"The study must be meticulous since this will affect Thai people's rights," Mr Chavalit said, adding if an idea has to be proposed to bolster foreign investment, it should be done by a democratic government, which would have a better relationship with the international community. 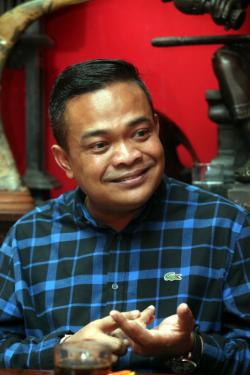 United Front for Democracy against Dictatorship chairman Jatuporn Prompan said the issue is delicate and the best way is to put it up for a referendum to allow people to decide. He said the Office of the Ombudsman has stated foreigners are using Thai nominees to occupy land in the country and the office must take this matter up with the government.

Political science scholar Pramote Nakornthab posted a message on his Facebook page against the move. He said he supported Arthit Ourairat, rector of Rangsit University and former house speaker, who said the move is tantamount to stealing the country's treasures.

Government spokesman Sansern Kaewkamnerd said the administration supported the amendment because a 50-year land lease is unattractive to major investors, who require a long time to break even, which makes domestic and foreign investors hold back from expanding here.

Trade and investment competition will become more intense, particularly as the Asean Community has just been launched, he said.

The country's incentives must be improved to be better or on par with other countries, he said. Land in Malaysia and Singapore can be leased for up to 99 years, in Vietnam for up to 70 years and in the Philippines, Cambodia and Myanmar for up to 50 years, he said.

He insisted the 99-year land leases will be limited to business investments, and the lease contracts can be terminated if the lessees breach the law.

The amendment was initiated by state agencies handling economic affairs, which believe the law needs to be changed to measure up to international standards and comply with the government's policy of strengthening the economy, the spokesman said.

He said the government wants all parties to be open-minded, insisting the idea would help the country in the long run and is not tantamount to handing the country's territory over to foreigners as some have suggested.

Athip Peechanont, chairman of the Thai Chamber of Commerce's construction and property business group, supported the idea which he said would help boost the country's competitiveness to be on par with neighbouring countries.

It would also solve the problem of foreigners hiring nominees to lease land for them, while the government could raise more tax. However, he insisted 99-year leases must not be permitted for farmland.