The Facebook 8, administrators of a Facebook page, are brought to the Bangkok Military Court on Tuesday for another 12 days of detention. The court allowed them bailed but police sought to detain two of them who also faced lese majeste charges. (Photo from Thai Lawyers for Human Rights twitter)

The Bangkok Military Court has allowed bail for the eight administrators of a Facebook page mocking the prime minister but police asked to further detain two of them who were also charged with lese majeste.

Crime suppression police on Tuesday sought to detain the administrators of the "เรารักพล.อ.ประยุทธ์" (We Love Gen Prayut) Facebook for another 12 days from May 11-22 for further investigation.

Ms Natthika and Mr Harit were additionally charged with violating Section 112 of the Criminal Code, or the lese majeste law, based on their Facebook chats.

Military police were deployed at the court to maintain security.  A number of supporters showed up to show moral support for the eight.

The lese majeste charges against Mr Harit and Ms Natthika have called into question Facebook's user privacy practices since police used messages from their private chats as evidence. It remained a mystery how they got them but a senior officer insisted last week they were obtained through legitimate means.

Facebook reiterated on Tuesday it had never given any user information to the Thai government and that its system security was intact, according to a Human Rights Watch adviser.

Sunai Phasuk told BBC Thai that the HRW head office had asked Facebook in the US about the concern and Facebook confirmed it had never revealed user information and its system remained secure.

Facebook had a good record of protecting user data as of the end of 2015. However, it remains unclear whether it has cooperated in some ways with the Thai government since the beginning of this year.

An online campaign was launched on Friday at Change.org for Facebook to clarify the issue and be more specific.

Also on Tuesday, representatives of the New Democracy Movement submitted a letter to the United Nations Human Rights Office in Bangkok expressing concern about the trials of the eight suspects and Burin Intin (see chart below) in the military court. 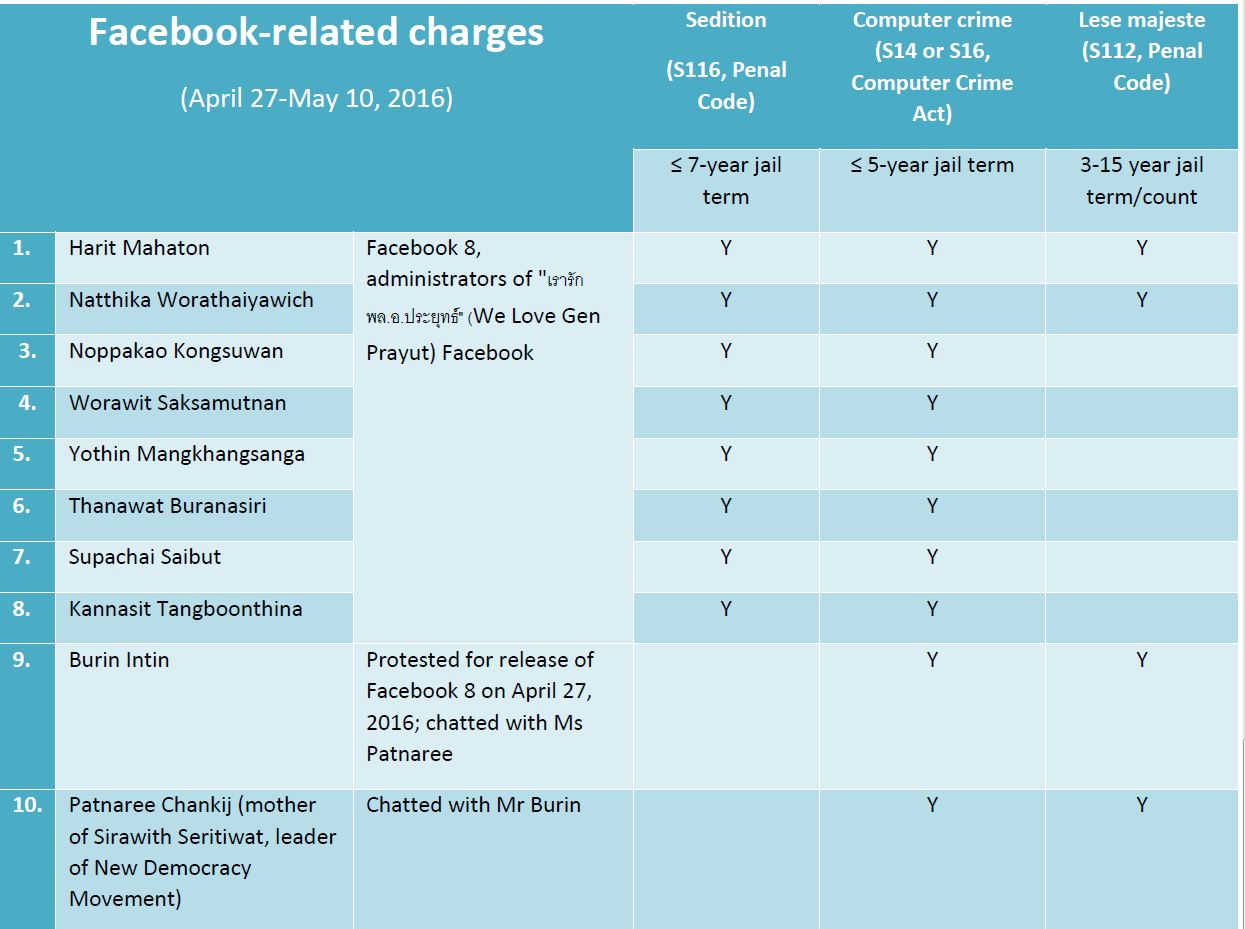