Photo from left to right:

6. His Excellency Mr Kevin Cheok, Ambassador of the Republic of Singapore to the Kingdom of Thailand

Bangkok, 4 December 2019 – United Overseas Bank (Thai) (UOB (Thai)), the only Singapore bank with full commercial bank operations in Thailand, has marked its 20th anniversary in the kingdom. Thailand’s Finance Minister Dr Uttama Savanayana and Singapore’s Ambassador to Thailand Mr Kevin Cheok were the guests-of-honour at a gala dinner held at Siam Kempinski Hotel. More than 400 clients and business partners celebrated the corporate milestone with the Bank’s senior management at the event. 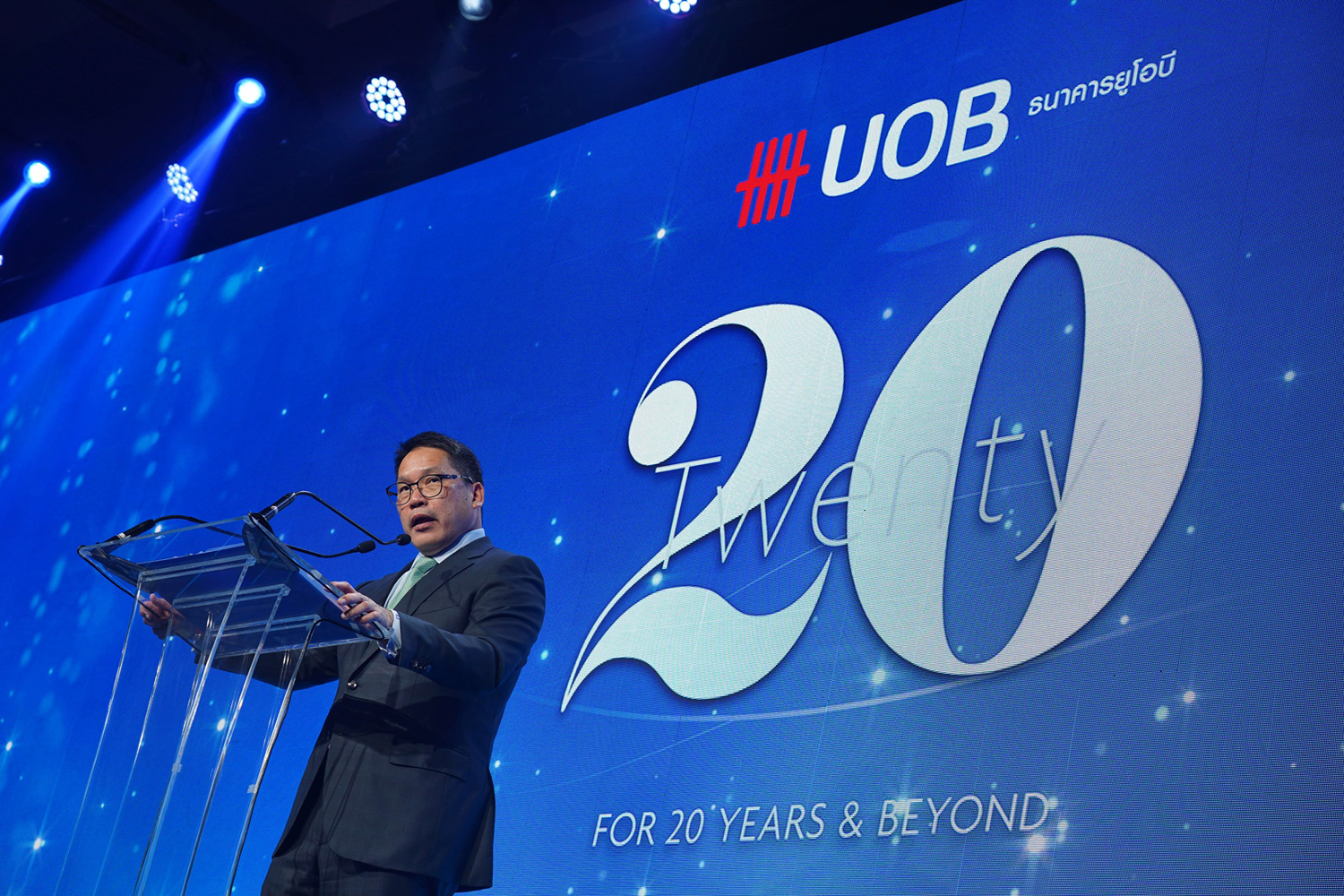 His Excellency, Dr Uttama Savanayana, Thailand’s Finance Minister, commended UOB for its commitment to Thailand during his opening speech and spoke of the importance of connectivity and collaboration. “UOB (Thai) has been firmly rooted in Thailand since 1999. Now the Bank is one of the few foreign banks still operating in the country with a full commercial banking set-up. UOB’s strong footprint across Southeast Asia has helped strengthen the region’s economic growth by connecting ASEAN regionally.” Dr Uttama said Thailand was committed to make ASEAN an outstanding region and would continue to play a leadership role in connectivity through implementing and synchronising with other cooperation frameworks. 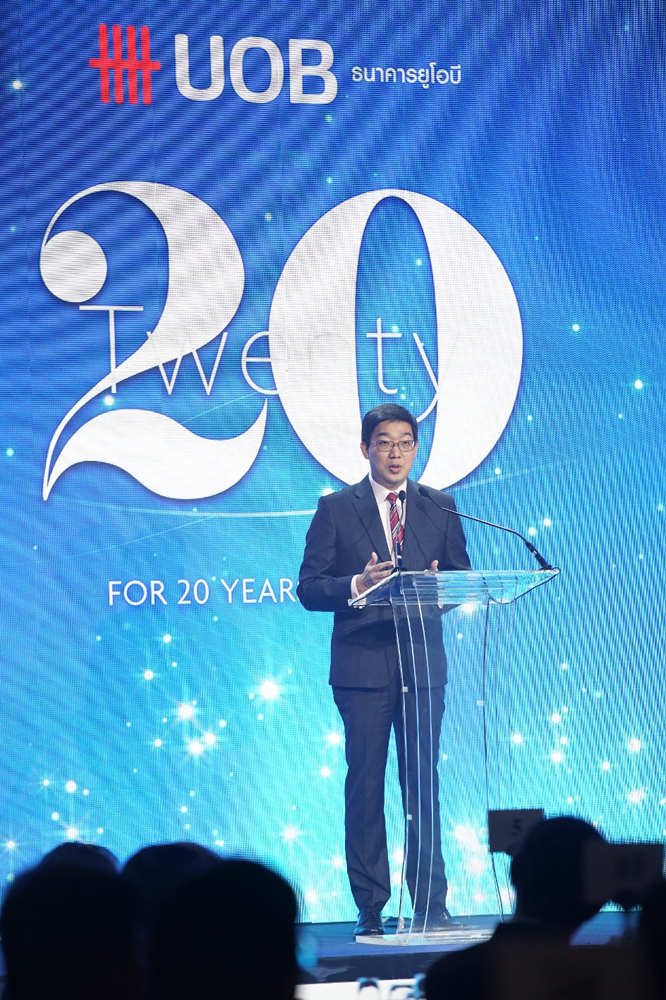 His Excellency Mr Kevin Cheok, Singapore’s Ambassador to Thailand, spoke about ASEAN’s economic prospects and the potential opportunities arising from this growth.  In this context, he praised UOB for its commitment to the region as evidenced by its presence in 8 ASEAN countries.  He said that “UOB is one company that is committed to Southeast Asia as part of its growth strategy”. He added, “Allow me to extend my warmest congratulations to UOB on its 20th anniversary in Thailand. This long association shows UOB’s commitment to Thailand, as well as the Bank’s confidence in Thailand’s future. I hope that this partnership will continue for many years to come.” 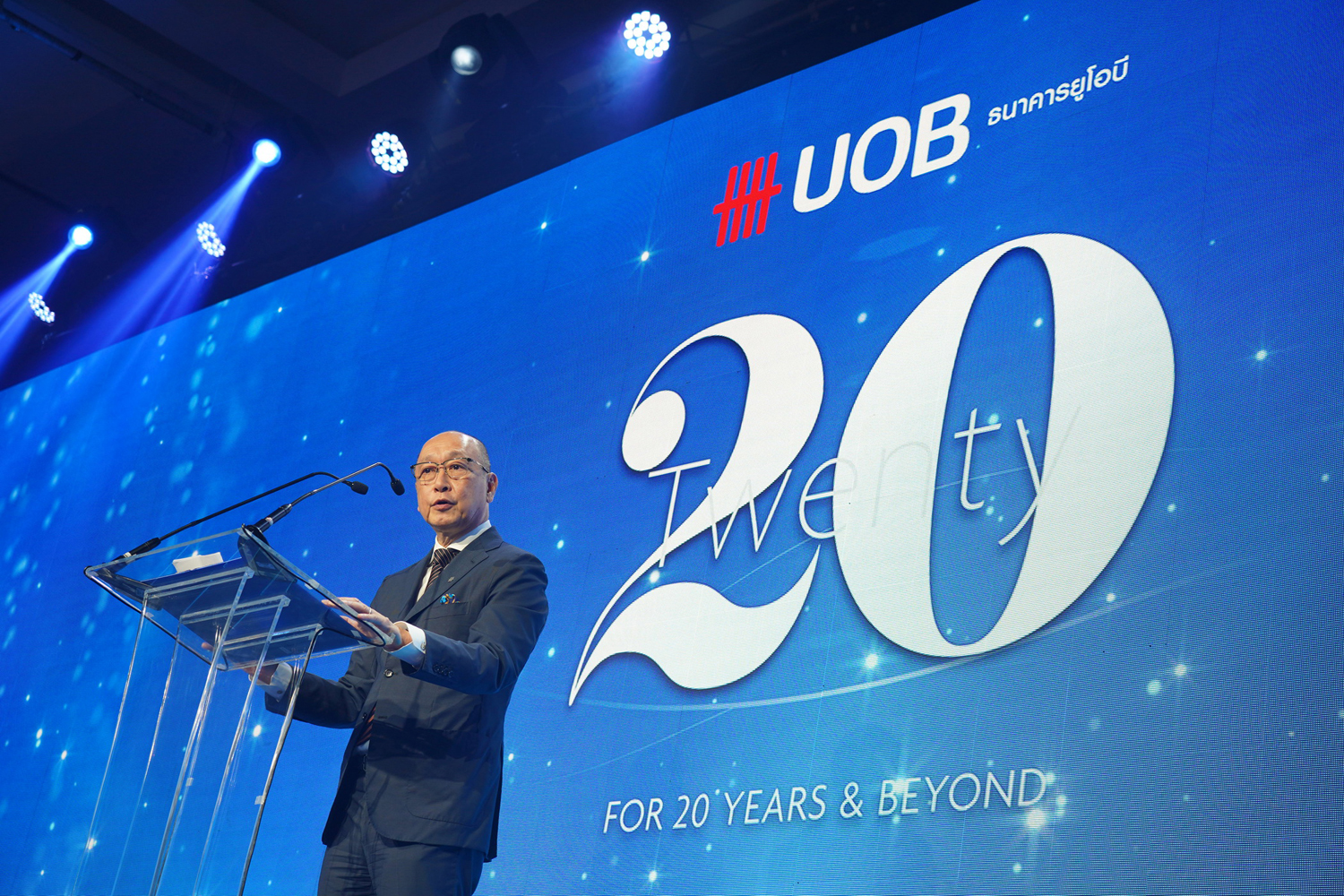 Mr Wee Ee Cheong, Deputy Chairman and Chief Executive Officer, UOB emphasises the values that have served UOB well and will continue to guide the Bank to the future

In his keynote address, Mr Wee Ee Cheong, Deputy Chairman and Chief Executive Officer, UOB, reaffirmed the Bank’s commitment to creating value for companies, consumers and communities and to helping Thailand ride on the rise of ASEAN. He said, “By 2030, ASEAN is projected to be the world's fourth-largest economic bloc. Foreign direct investment inflows are expected to double. Through UOB’s extensive regional network, seamless connectivity and cross-border solutions, we believe we can contribute and create more value to help Thai businesses expand and seize the opportunities that open up across the region.”

Mr Wee also reinforced the Bank’s customer-centric, values-based approach to building its business.  “At the heart of every decision we make and action we take is our set of values – honour, enterprise, unity and commitment. These are based on the principles first laid down 84 years ago. Our values ensure that across the generations, we at UOB will continue to do what is right for our customers, that we will balance risk and responsibility with entrepreneurship and innovation; and that we will be unwavering in our commitment to our customers and the communities, for the long term.” 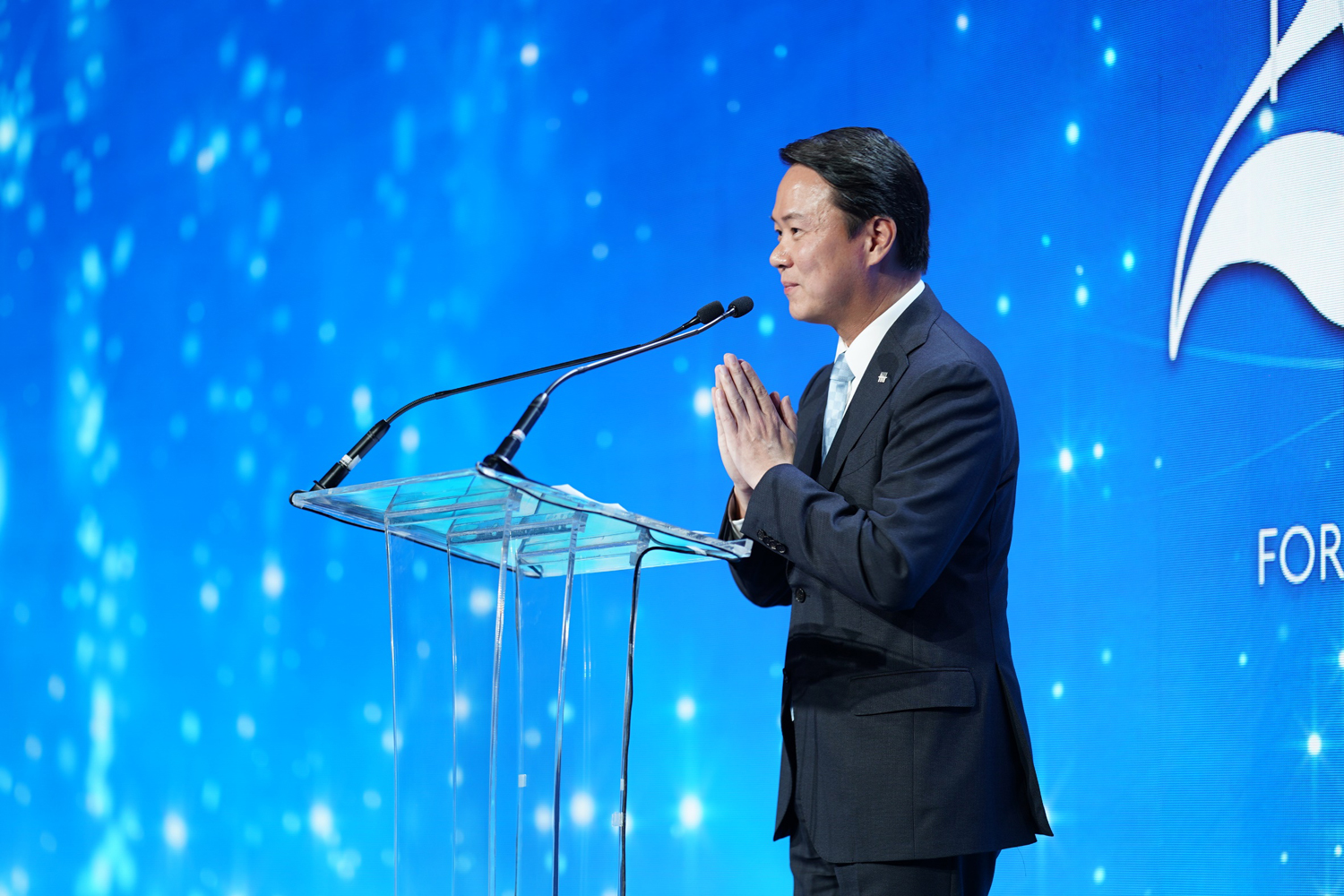 Mr Tan Choon Hin, President and CEO, UOB (Thai) gives the thank you remark to all customers and business partners for their continued confidence and for choosing UOB as their financial partner.

At the close of the event, Mr Tan Choon Hin, President and Chief Executive Officer of UOB (Thai), took the opportunity to thank all of the Bank’s customers for their continued support of and confidence in UOB (Thai). He reiterated that UOB (Thai) will remain steadfast in its commitment to the country and its customers well into the future.