Obstetrician urges women to pay attention to lower-tummy pain, as it may lead to endometriosis. Those suffering women are advised to seek medical advice for early diagnosis and treatment.

A silent disease for women

Women’s health is delicate and fragile. Among silent health disasters that affect normal activities is “endometriosis”, better known as “chocolate cysts”, which once detected should be treated immediately before the pain worsens and leads to death.

Retrograde menstrual flow is the most likely cause of endometriosis. Some of the tissue shed during the period flows out of the uterus into other areas. The endometrial tissue growing outside the uterus will cause adhesions. For instance, if the tissue gets to ovaries, a dark-coloured cyst (lump) will form, so-called “chocolate cyst”.

For those in the latter group, there are 5 warning signs, he said: 1) regular pelvic pain during menstrual periods 2) worsening pain as they get older even without periods 3) infertility 4) pain during sex and 5) family history whereby their mother, sisters or relatives suffering from endometriosis.

The most important thing is this pain must not be ignored, as it will only worsen along with age. For example, an ovarian cyst may expand from 1cm to 8-10cm. The cyst may rupture, causing massive bleeding and eventually death. About 0.1-1% of patients has also been found to develop clear-cell carcinoma of the ovary, as the cyst transforms. Notably, patients could be at greater risk for health complications and their normal activities are disrupted. 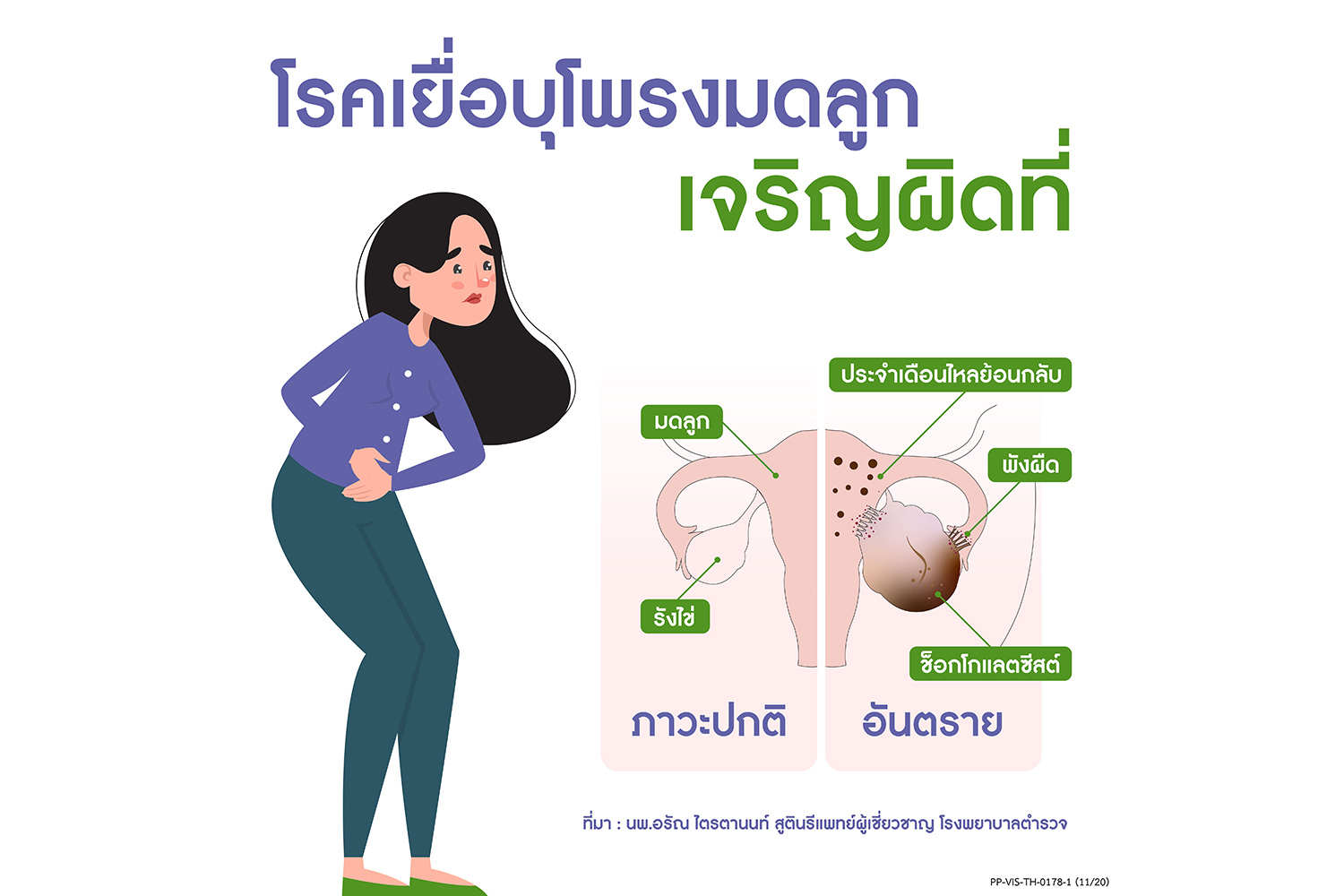 “Like other diseases, this requires early diagnosis and treatment. Women suffering from the pain should not hesitate to immediately seek medical advice. They should also be able to fully describe their symptoms, whether the menstrual pain is so tormenting that they cannot do normal activities. This will assist the diagnosis and a prompt treatment plan,” he said.

Therapies used to treat endometriosis are either by medication or operations.

Medication covers pain killers for mild pain and severe pain caused by chocolate cyst. However, the medication will disrupt ovulation, thus preventing pregnancy. After child delivery, the patient’s condition will be reassessed whether there is a possibility for the symptom to be repeated or there is a need for long-term medication to control the symptom.

Minimally invasive surgery is the option for patients whose conditions remain unchanged after medication, or whose chocolate cysts are larger than 3cm, or whose pain remains severe.

Hormone therapy (empirical treatment) is another option for these patients. The pain might be reduced in the first one-two months of hormone therapy and patients no longer need the expensive operations.

However, Dr.Arun noted that endometriosis recurrence is possible after medication or operations, as long as patients are still at reproductive age or as long as they have menstrual periods. Recurrence is impossible only when menopause happens.

He warned women at their reproductive time that they should not ignore lower-tummy pain and should seek early advice. That will stop endometriosis and keep them away from chocolate cysts. 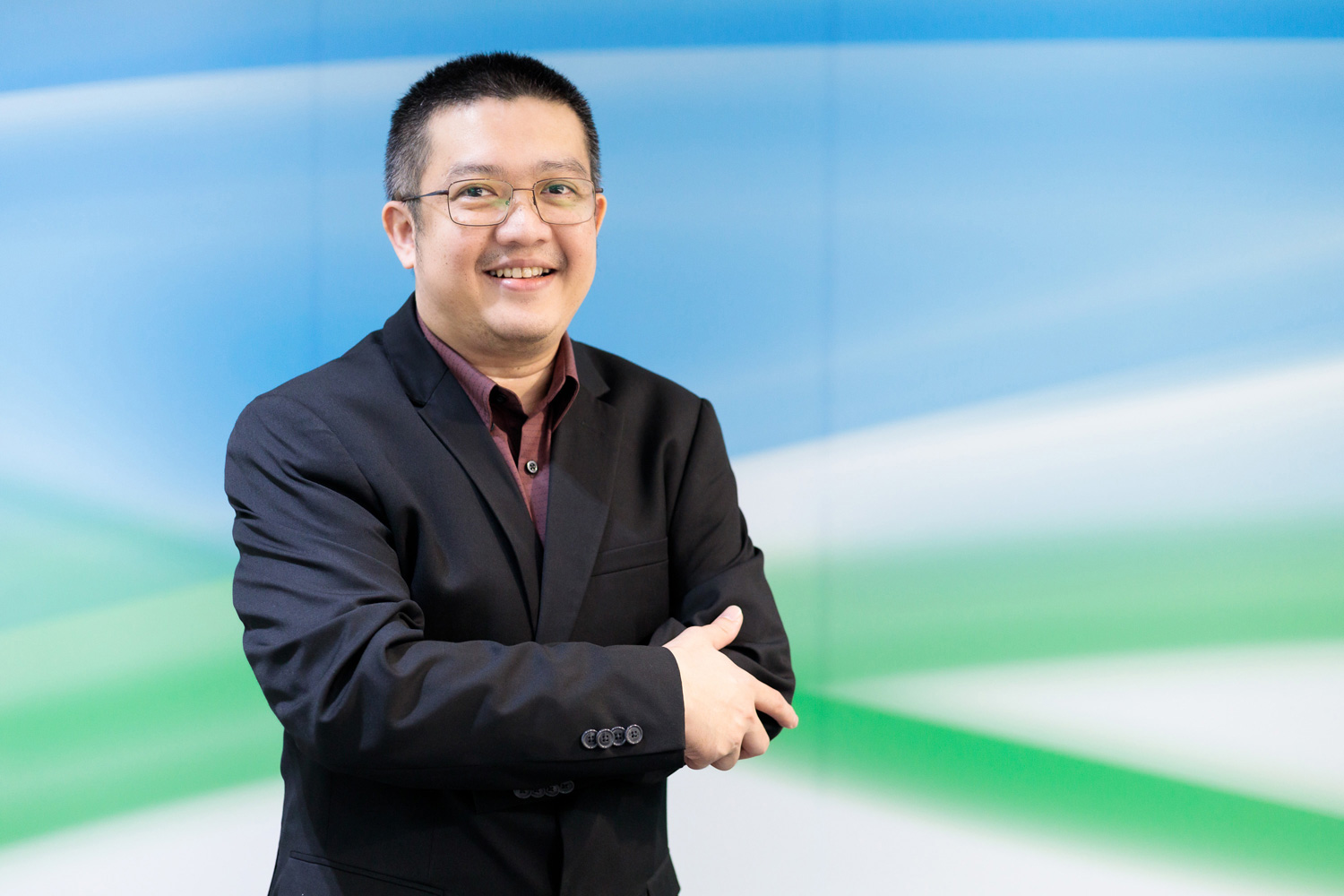