● mu Space is granted A1 level of investment promotion incentives and privileges, the highest rank of any eligible incentives, with the manufacturing of its small satellite components in a category of high technology industry; Manufacture or repair of Aircraft, or Aerospace Devices and Equipment section.

● BOI incentives and privileges will benefit mu Space’s business operations as well as  the development of the country’s economy.

● The company aims to enhance Thailand’s competence as a strong player to equally compete in the global space industry.

mu Space is granted A1 level of investment promotion incentives and privileges, the highest rank of any eligible incentives, with the manufacturing of its small satellite components in a category of high technology industry; Manufacture or repair of Aircraft, or Aerospace Devices and Equipment section.

The company aims to be the leader and put Thai space-tech company on the map. Its investment plan focuses on two aspects including machinery and Research & Development (R&D). 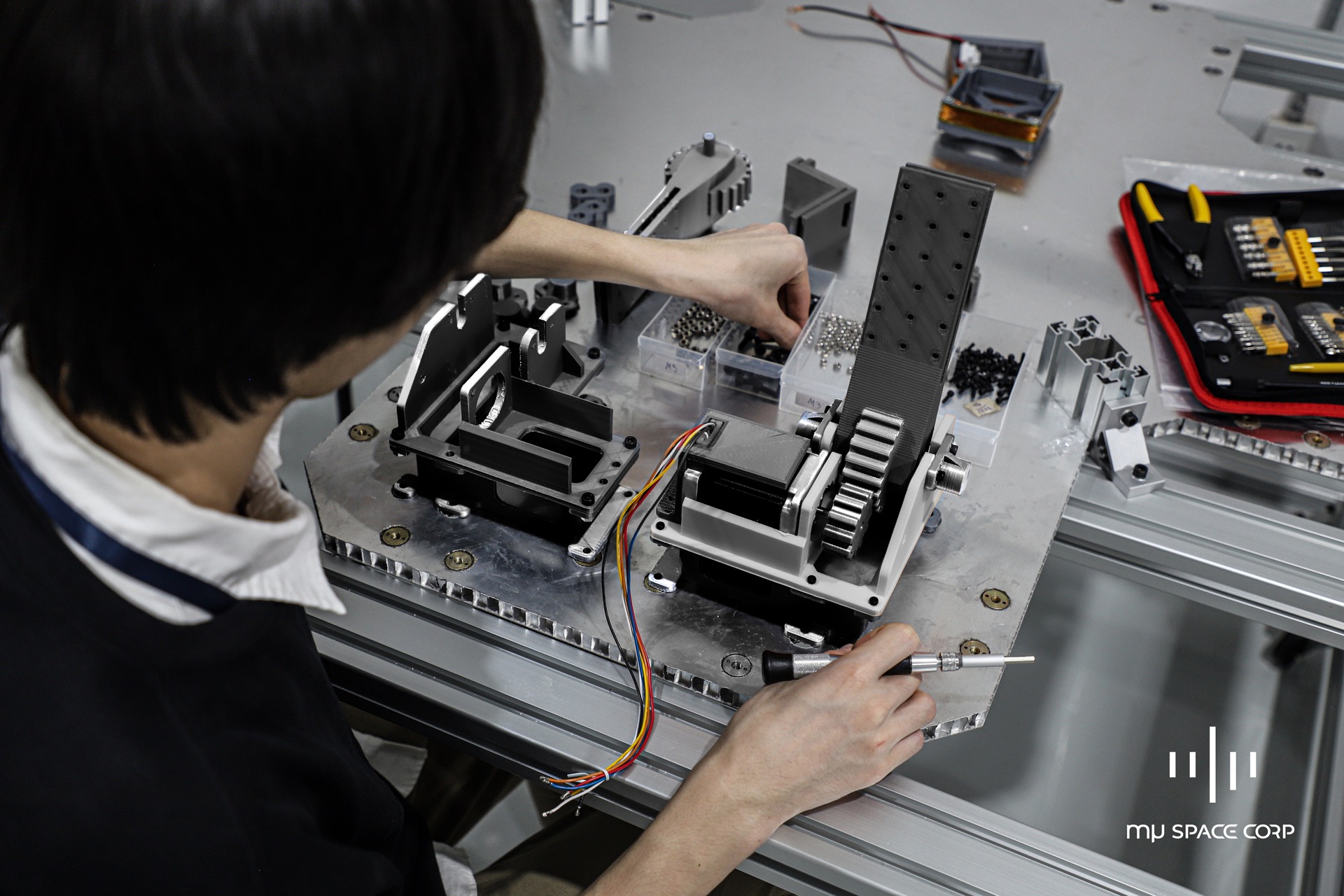 The main objective of mu Space’s investment in machinery is to serve the manufacturing process . These machines include raw materials and equipment both domestically and internationally such as 3D Printer or Additive Manufacturing, CNC Machine, Robotic Arms, Attitude Control Test Bed, Air Bearing, Helmholtz Cage, and Sun Simulator. For investments in R&D and spacecraft engineering systems, the company plans to impart knowledge on satellites and space technology.

mu Space’s founder and CEO, James Varayuth Yenbamroong says “innovations that blend technology and art need the use of knowledge on real science, engineering, and fundamental thinking that our team has implemented on earnestly.” For this reason, the company is able to create credibility and earn trust from leading organisations in business partnerships and investments. The CEO strongly views the company’s young team members as mu Space’s strength, he says “we have a group of young generations that have high capability. Thailand also has the advantages of natural resources and energy as well as existing infrastructures from heavy industry like automotive manufacturing.”

The incentives and privileges will benefit mu Space’s business operations including cost saving (raw materials and tax exemption), knowledge management and talent creation, along with accelerated business growth. Not only will BOI incentives help with the business operations but also the development of the country’s economy. There will be more job opportunities especially highly skilled labor in the fast-growing space technology industry.

“Our plan in the recent 3-5 years is generating thousands of highly paid jobs, raising higher payments for talents in the new technology circle, and boosting more trading within the community. We hope to eventually establish a high technology ecosystem that attracts people’s attention and interest in technology”, says James.

Key groups of mu space’s clients are private companies such as telecommunications and internet service providers, state enterprises such as space and defense agencies, heavy industry, and other aerospace companies. “We are the first mover in Asean and often compared with other players in Europe, the US, and Australia. What we have already invested will begin to take off within the next 3-5 years”, adds the CEO. 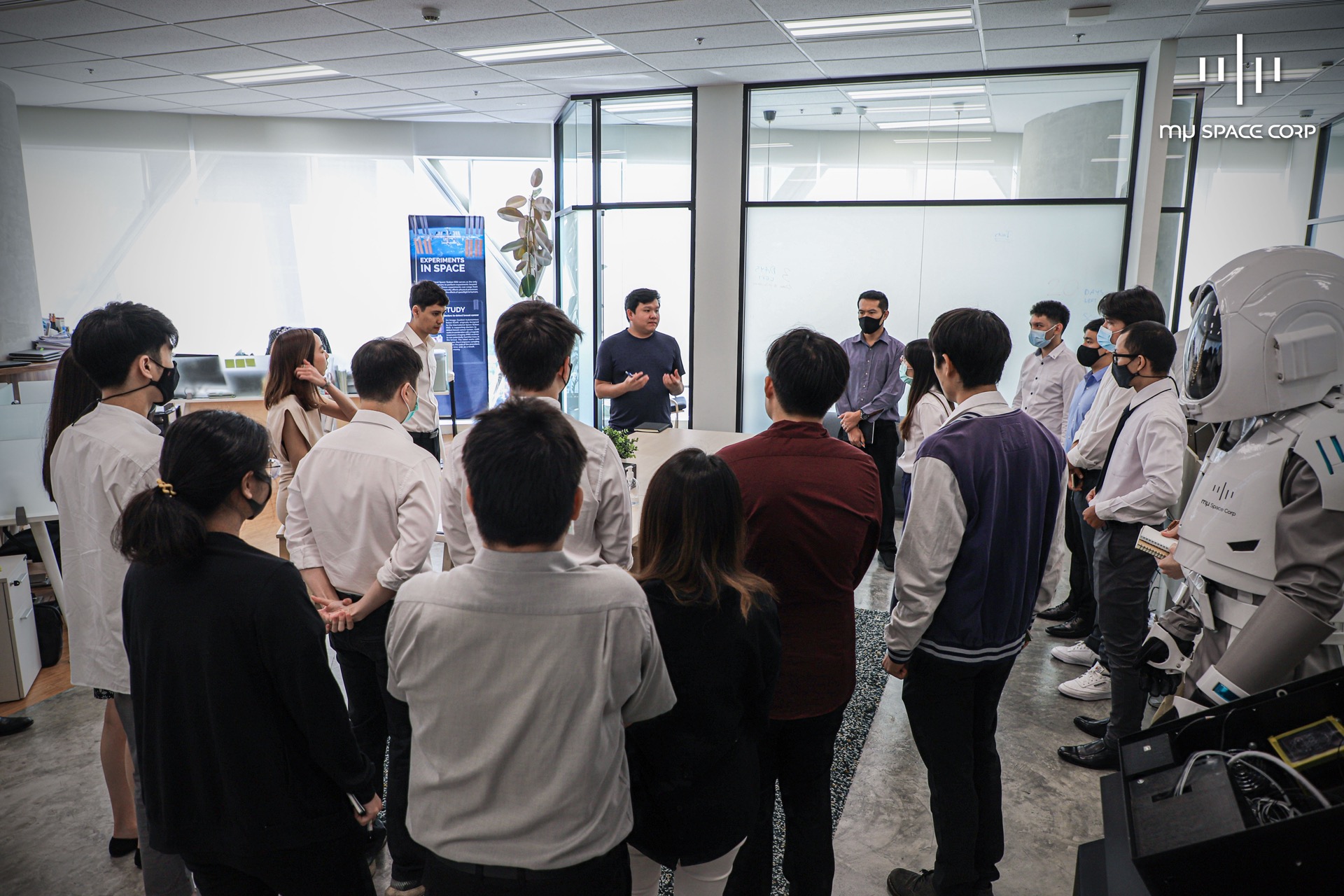 mu space team is currently developing Space Internet Data Center (IDC). The company is also expanding its operations to a new factory (size M) which is 10 times bigger than its original one and helps increase production capacity. The company is planning to launch its self-developed satellite and space technology at the mu space’s technology day event. This satellite will have its first actual test launch into space and will be ready for service within 2021.

One of James’ and his team’s ultimate goals is to enhance Thailand’s competence as a strong competitor in the global space industry. “I want to help Thai people push beyond their limits. We aspire to become global citizens because our younger generations are highly visionary and ready to set about doing the work”, says James.