KAO teams up with Amata City, I-EA-T, NECTEC, and DDC to launch “Together against Dengue Fever Control” Project

The National Electronics and Computer Technology Center (NECTEC), The Bureau of Communicable Diseases, led by Insects, and The Department of Disease Control (DDC), Ministry of Public Health, to launch the “Together against Dengue Fever Control” project with the objective to curb the toll of sick and deceased caused by the spread of the dengue virus, which has been a major health concern among ASEAN countries for decades.

“We selected the three areas as they are densely populated and most vulnerable to the spread,” said Yuji Shimizu at the opening ceremony. “After this initial effort, expansion to cover other industrial regions should follow soon.”

Aiming at wiping out the mosquito-borne disease within three years, the key elements of implementation of the Together against Dengue Fever Control project include educating the public and human resource departments of participating companies in industrial areas about mosquitoes, their biology, personal protection, and ways of getting rid of mosquito larvae in order to control the spread of dengue. 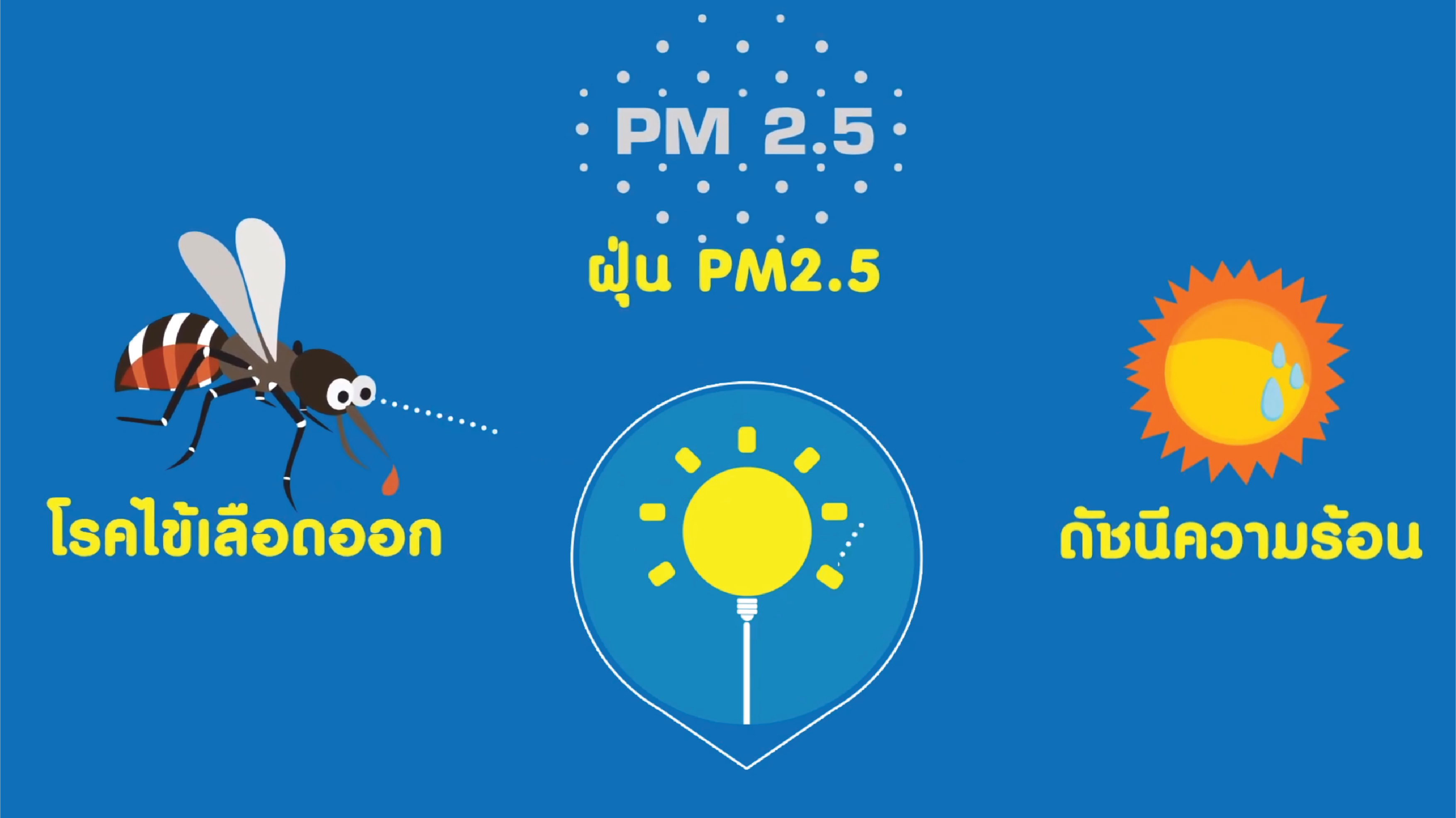 “The project resonates with Amata’s policy to foster the quality of life of over 250,000 people living in Amata City developments across Thailand, along with the nearby locals,” said Viboon Kromadit, Director and CMO of Amata Corporation PCL. “Integration of the Rootun apps proves that technology isn’t just for industrial developments but also for improving the quality of life. This builds on our Smart City ideal whereby we are a role model for Amata Cities in Vietnam, Laos, and Myanmar.”

Likewise, Veeris Ammarapala, Governor of the Industrial Estate Authority of Thailand (I-EA-T), applauded the launch of the project.

“Within a 5km radius of Amata City Chonburi is home to almost 200,000 people,” he said. “As such, I-EA-T finds it crucial to endorse this project in order to combat one of biggest health concerns in the country because this will ensure that industrial development goes hand-in-hand with community livelihood.”

Chantana Padungtod, M.D., The Bureau of Communicable Diseases, led of Insects, DDC, gave an update as to the current spread of dengue.

“Despite a satisfactory 80% decline in dengue spread, it is still fatal so we must stay alert at all times. While the death rate from dengue has been highest among children, since 2016 the mortality profile has shifted to adults and this is having grave repercussions on families, society, and the economy.”

“Thus far, none of the developments of dengue vaccines and specific medical treatments have come to fruition, making the disease even more difficult to combat than Covid-19. The best preventive measure would be to nip it in the bud by getting rid of mosquito larvae. This project ensures great effort is expended on improving the quality of life for people who truly are the engine of the country’s economic recovery.”

The man behind Rootun apps, Chai Wutiwiwatchai, Ph.D., Executive Director of NECTEC, highlighted the r&d collaboration between NECTEC and NSTDA to create “TanRabad” software which has for the past five years supported healthcare workers’ surveillance of dengue spread. “Since 2020 this has branched out into Android & IOS Rootun apps for public use, covering not just diseases spread, but other health-related issues such as updates on PM 2.5 concentrate, and a heat index relative to incidence of heat stroke, and others,” he said.

In concluding the ASEAN Dengue Day event, Yuji Shimizu remarked that: “In pursuit of KAO’s leading principles whereby we want to help people attain the best quality of life and enjoy good health, we are eager to endorse this important project. KAO hopes this reflects our resolve to do good deeds for Thai society. We will be sure to follow up the work to fight the spread of dengue and expand the project so that we can eventually eradicate dengue altogether.” 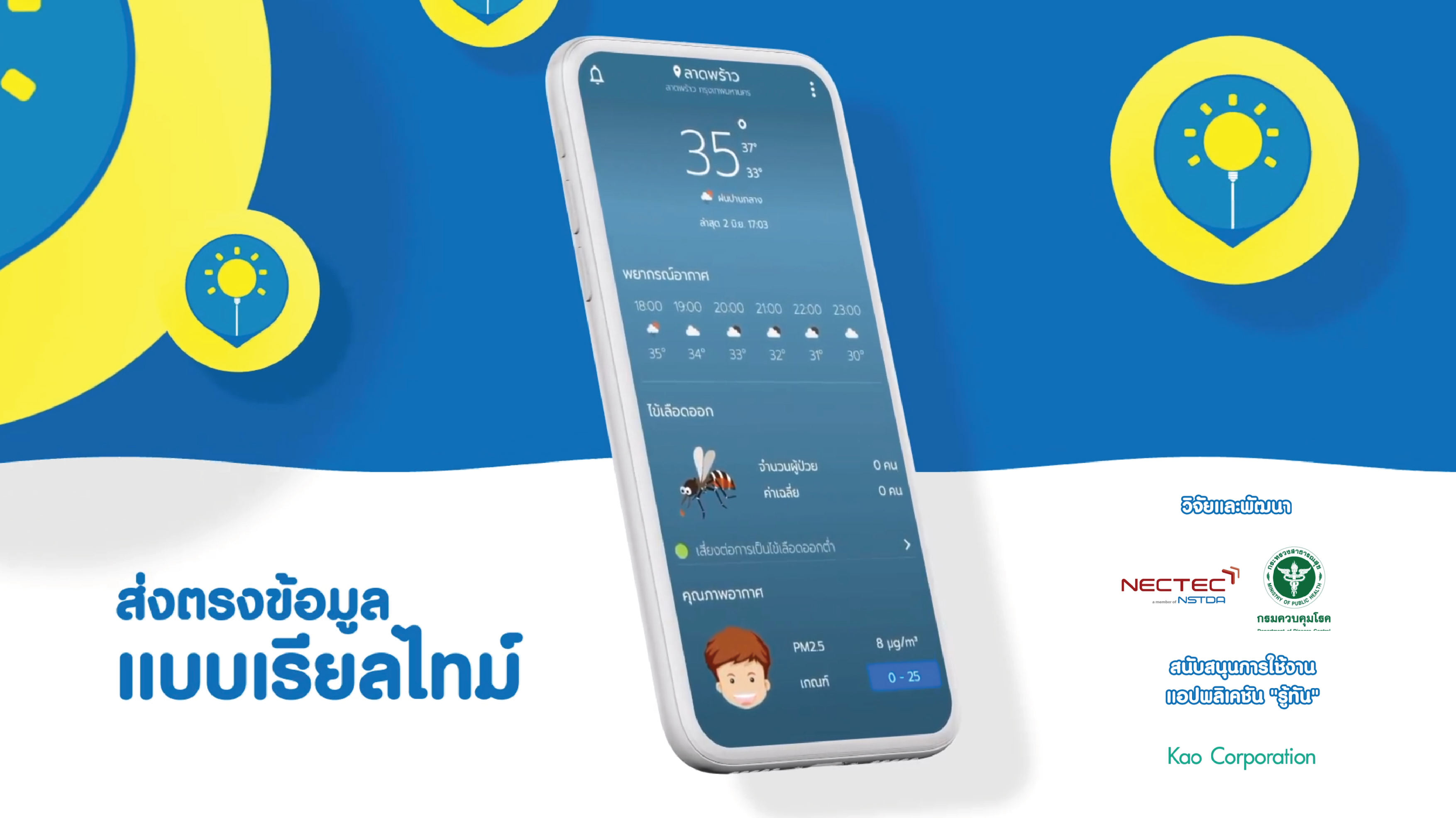