Thailand is the “second best” market for Porsche in the world after Norway when it comes to electrified Cayenne models.
Thailand
PR News

Thailand is the “second best” market for Porsche in the world after Norway when it comes to electrified Cayenne models.

Last year as much as 70 per cent of the 1,500 vehicles Porsche sold in Thailand consisted of hybrid-powered Cayenne SUVs. Sales in 2021 were also a record for Porsche in Thailand, and is a huge jump from the 670 cars it sold here in 2020.

Asked to comment on how Porsche, once regarded as a high-end supercar manufacturer with a handful number of sales in Thailand each year, rocketed to become a household name, Peter Rohwer, managing director of Porsche Thailand, attributed the success to modern technology.

“In the past Porsches might have been expensive sports cars to buy, but today new technology such as hybrids and EV has helped to bring the prices down (due to special tax breaks),” he said, adding that offering engine sizes of no larger than three liters also help in minimizing retail prices.

Rohwer said Thailand is Porsche’s largest market in South East Asia, and is the “second best market in the world for electrified Porsche Cayenne vehicles, which is a big achievement.”

Despite the Covid-19 pandemic or the semi-conductor crisis, Porsche has been enjoying increased sales globally. Last year it delivered 301,915 vehicles worldwide, an increase of 11 per cent, while sales in Asia-Pacific markets surged by a record 51 per cent, with strong sales coming from the Taycan EV. Earlier this year the company has also started CKD assembly of the Cayenne in Malaysia, which has helped to lower retail pricing by up to 30 per cent in Malaysia.

Rohwer says that Porsche is seriously looking at the South East Asian countries, which promises a large customer base as well as investment opportunities, particularly in resources needed for manufacturing EV batteries.

According to Rohwer, who has been working in Thailand for 28 years, today Porsche customers in Thailand are getting younger, with as much as 35 per cent of buyers being female.

“In the past the average age of Porsche buyers was 55 years old but today it has dropped to 42, which means that there are a lot more customers out

there,” he said. “Entrepreneurs are becoming younger and they like a strong image when it comes to the cars they drive.”

That explains the large number of visitors to the Porsche booth at the ongoing Thailand International Motor Expo. A total of 11 Porsche models are being displayed and sold at the event, which goes on until December 12 at Challenger IMPACT Muangthong Thani.

But in fact, first-time Porsche buyers need not even go for new cars, Rohwer said.

“Used Porsches are also available for 2-3 million Baht, such as the Macan or Cayenne,” he said. “The 718 is the entry model and if you can afford a used one, it will be your entry into the Porsche world.”

Rohwer says the typical Porsche customer don’t have just one, but two to three Porsches. 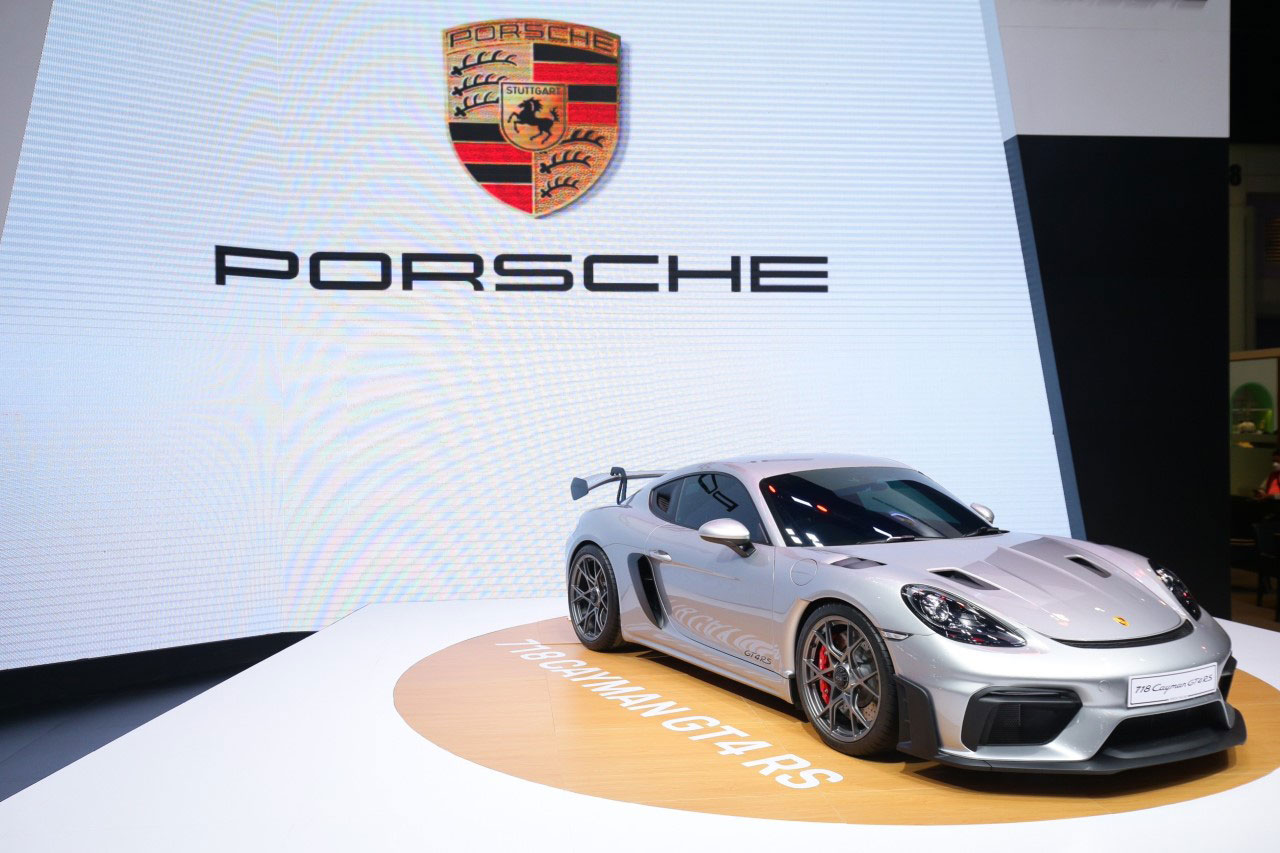