The protected Bryde's whales come remarkably close to Bangkok's shores, but have suffered a recent spate of mysterious deaths which have gone widely unacknowledged

ON THE LOOKOUT: There are about 50 of the protected Bryde's whales in the Gulf of Thailand. (Photo by Pattarachai Preechapanich)

On a sunny September day a year ago, a group of whale spotters was floating on a boat 15km off the Bangkok shoreline.

The sea was calm and there was a mild breeze, the best conditions for whale watching in the upper Gulf of Thailand.

A year later, we returned to the same spot with a group of documentary filmmakers, also regular whale watchers, but the weather was overcast and there was no sign of whales.

But the mood on the boat was still upbeat after the news in June that the cabinet had accepted a royal decree to add the Bryde's whale to the list of protected species in Thailand along with the Omura's whale, whale shark and leatherback turtle.

The ruling raised hope that the protected status of the Bryde's whale would garner the species more publicity and improve its chances of survival. But it hasn't turned out that way.

Since the beginning of the year, the carcasses of six Bryde's whales have been discovered in waters of the upper Gulf of Thailand, the highest number of annual deaths on record. Two of them were young calves.

The death toll accounts for 10% of the total estimated population of 50 Bryde's whales in the Gulf of Thailand.

"The cause of death is unknown," said Surasak Thongsukdee, a marine biologist from the Marine and Coastal Resources Research and Development Centre. "If the death rate in following years is similar to this year, the whale population will be at great risk."

When the carcasses were found, they were so badly decomposed that autopsies could not be conducted.

Marine biologists say they may have died of illness, natural causes or have become entangled in fishing nets.

Annually, one to two Bryde's whales die in Thai waters and four to five calves are born, keeping the population in balance.

The mystery deaths went largely unacknowledged by the population of the capital, even though the Bryde's whales feed just a few kilometres from Bangkok's coast.

Some academics see the deaths as a warning about poor water quality at the mouth of the Chao Phraya river damaging aquatic life and impacting the food chain.

Between 2003 and 2015, according to a Department of Marine and Coastal Resources study, eight Bryde's whales were found dead, less than one a year, along with 203 dolphins and 55 sea turtles.

The cause of the majority of the deaths (68%) was unknown, but 17% were killed by fishing gear, while the remainder died from sickness, garbage and striking breakwater structures.

The Pollution Control Department reports that the water quality of major rivers flowing into the upper Gulf of Thailand has seriously deteriorated in the past decade.

Nutrient pollution causes algae to grow faster than ecosystems can handle, harming water quality, food resources and marine habitats. It also decreases the oxygen that fish and other aquatic life need to survive.

The PCD report categorised water quality at the mouth of Chao Phraya at Bangkok's Bang Khun Thian district as "very deteriorated" and worse than the quality recorded in 2014. Other rivers, such as the Tha Chin in Samut Sakhon, had similar problems.

The report said the findings indicated large amounts of wastewater were discharged into the river from households, industry and the agricultural sector.

Eighteen red tides caused by too many nutrients being released into the water were also reported off the coast of Thailand. Fifteen of those happened in the upper gulf.

"Bad environmental quality such as contaminated water is changing the food chain and making fish die. Bryde's whales will then not have enough food," said Mr Surasak.

Large amounts of coastal rubbish are also impacting mangroves which the river water flushes into.

At the starting point for one whale watching spot in Phetchaburi, the mangrove swamp is cluttered with garbage. Plastic bags, bottles, ropes, discarded noodle containers and even a rusty cooking appliance float in the water or are stuck in the mud under the green canopy. A thin layer of oil floats in the shallow water.

It's a normal scene in mangrove forests near estuaries dotted along the coast of the upper Gulf of Thailand.

The Ministry of Natural Resources and Environment says Thailand produces 50 tonnes of sea waste each year. Only two tonnes are collected.

The Department of Marine and Coastal Resources regularly runs beach cleanups in coastal provinces. Last year, 5,689kg of rubbish was collected, of which more than half was plastic bags and straws, bottle caps and plastic and glass bottles.

"Bangkokians can play a crucial part in preserving whales," he said. "Many people still don't believe that whales feed right in front of the coast of Bangkok. The city is one of only a few places in the world that offers the sight of a whale opening its jaw above the water surface with skyscrapers in the background. We can develop urban communities while leaving wildlife intact."

Wildlife Encounter Thailand has run whale watching trips for the past three years. But Mr Jirayu agrees the whale watching industry needs some form of regulation.

As the industry grows, enforcement needs to look at issues such as boat size and distances from whales.

Mr Jirayu's team has piloted the whale watching business by registering their company with the Tourism Authority of Thailand and partners with the World Cetacean Alliance, which aims to preserve marine biodiversity and minimise human impact.

He hopes that placing the Bryde's whale on Thailand's protected list will speed regulation of the whale watching industry.

"We must put animals before economics," he said. "When animals come first, economic benefits will follow. If whales are not there, our business will go extinct too."

The 2011 report for the International Fund for Animal Welfare shows that the value of a single whale to Australian coastal economies can be as high as A$1.25 million. Visiting whales are a highly valuable asset to communities, the report said.

WHALE OF A TIME

Since 2010, when whale watching was first promoted on a television programme, Bang Tabun subdistrict of Phetchaburi has seen the financial benefits come and go.

Over the past six years, locals earned a decent income from running whale watching expeditions.

Telephoto lenses at the ready, tourists flocked to the area to take pictures of the Bryde's whale feeding as onlookers cheered and applauded. Drones flew overhead to record the whales from different angles.

But in a cautionary tale for ecotourism, the whale watching industry has declined in recent years due to the dwindling number of animals spotted in the area. The number of boat operators has dropped from 10 at its peak to two today.

Many said they couldn't bear the operational costs as whales became harder to find near the coast of Phetchaburi, forcing them further east.

One of the two remaining operators is Thipnate Sukcharoen, 61, whose boat is fully booked most days during the whale watching season from September to November.

"The sea used to be very abundant and healthy. They swam freely here as our godfather," he said of local fishermen's reverence for whales which are considered a sacred animal.

"They are definitely smart. They know how to survive. But they might not know about all that stuff about pollution."

One factor that may be working in favour of the Bryde's whale is the crackdown on illegal fishing following pressure from the European Commission on Thailand last year to address the issue.

Some conservationists believe that chronic overfishing has wiped out juvenile populations of small fish, such as anchovies, which are a major food source for the whales.

But greater challenges to preserve the Bryde's whale population lie in maintaining a healthy environment, said Thon Thamrongnawasawat, a marine biologist and lecturer at Kasetsart University.

Mr Thon launched the Change.org campaign that succeeded in getting 50,000 signatures urging the government to put the Bryde's whale on the protected wildlife list.

"To create a good environment, the government must see the benefit of whale watching," he said.

"When people can see the benefit of the animal, they will see its value and come forward to preserve it. They will then turn to solve the problems of contaminated water and trash.

"Urban people think whales are not related to them. But they are." 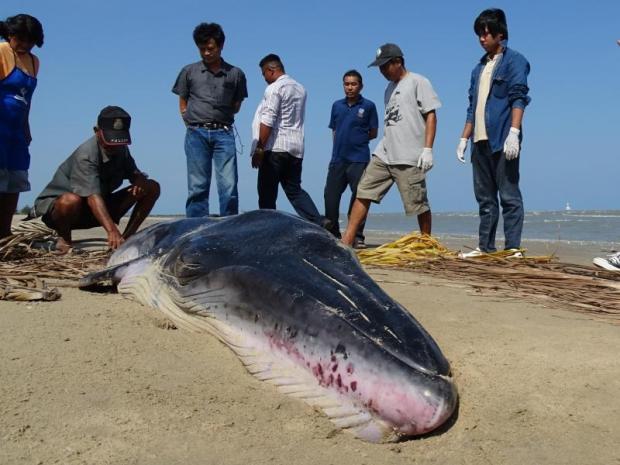 SHRINKING AWAY: A dead female Bryde's whale was found at Pak Klong Kleaw beach in Prachuap Khiri Khan. At 3.47m and 200kg, she was significantly small for her age, according to marine experts. PHOTO: CHAIWAT SARdyeAM 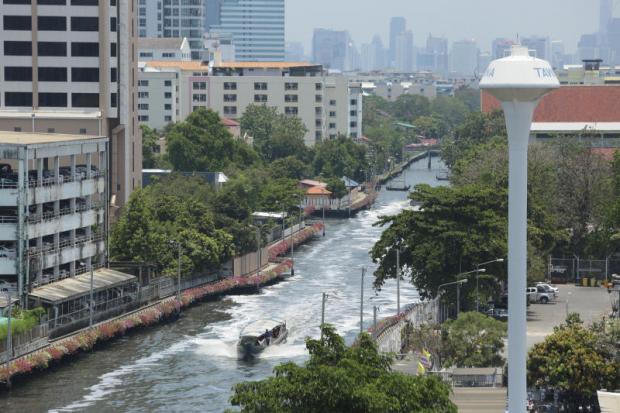 FISH OUT OF WATER: The Saen Saeb canal flows into the Gulf of Thailand, taking pollution with it. PHOTO: Patipat Janthong 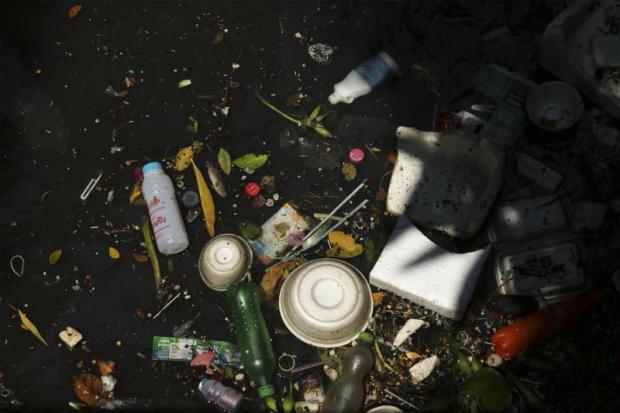 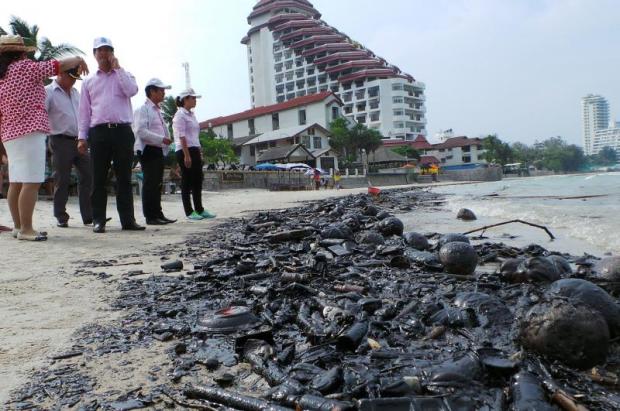 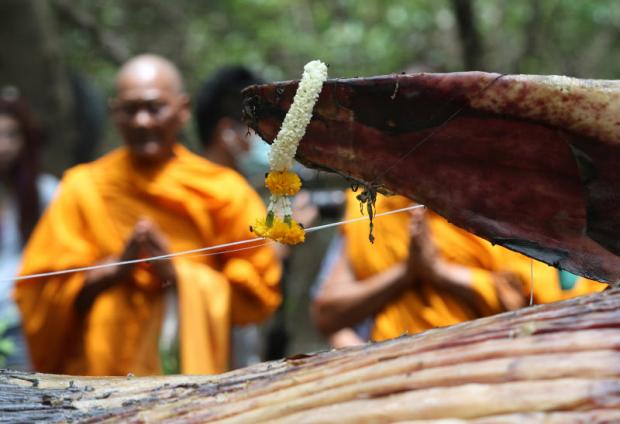 PRECARIOUS LIVES: Monks pray during a funeral for a whale found dead in a mangrove in Samut Prakan. Mangroves are often cluttered with garbage along the coast of the upper Gulf of Thailand. PHOTO: Thanarak Khunton 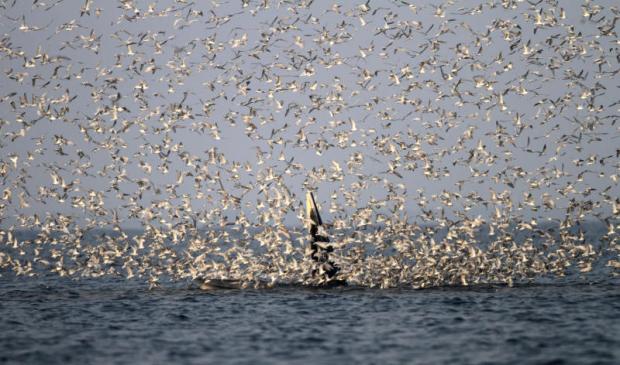 WILD SIGHTING: A Bryde's whale in Jao Samran beach, Phetchaburi. Since the start of the year, six Bryde's whale carcasses have been discovered in waters along the upper gulf. PHOTO: Jetjaras na Ranong 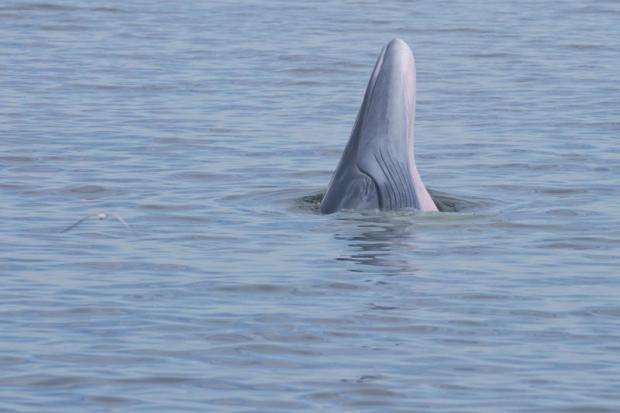 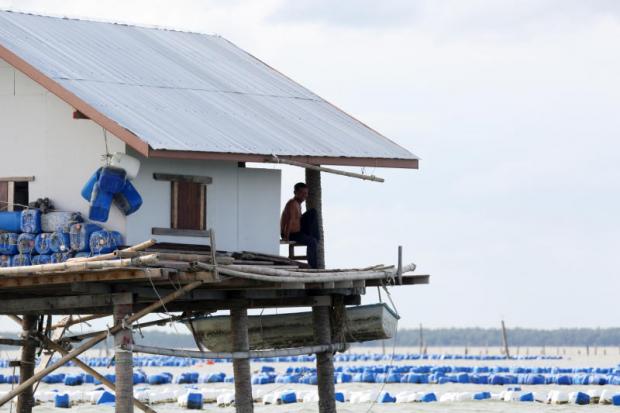 BY THE SEA: Villagers in the Bang Tabun subdistrict of Phetchaburi, a popular transit spot for tourists to go see whales. Locals are said to have earned a decent income from whale watching expeditions. PHOTO: Karnjana Ayuwatanachai