PRESERVING THEIR IDENTITY: Mon people from Chaiyaphum province in the Northeast are eager to preserve their language and culture. PHOTO: KANCHANA ARYUWATTHANACHAI

An ensemble of traditional musicians begins to play. The treble sound of the oboe gets louder. Drum rolls accompany a steady rhythm of cymbals. A male singer croons in an unfamiliar dialect, "Oh, Ga Nobe Ting Tong ..."

Nearby, a group of four women clad in shiny eggshell-colour silk blouses and red sarongs dance along to the music.

They slide their legs from left to right, then right to left, weaving their arms in the air -- just like the movement of a dancing mantis.

The hall is filled with curious audiences from various ethnic groups who gather annually for Mother Language Day on Feb 21. Animated music and unfamiliar dialects make a surprisingly good combination.

Among the musicians on stage, the youngest, Peerapat Pama, 17, takes part in his mother-tongue performance with pride.

"Ga Nobe Ting Tong" means mantis in the Khmer Thin Thai dialect, which is spoken by 1.4 million descendants of Khmer migrants in Thailand's northeastern provinces of Buri Ram, Si Sa Ket and Surin. It is also the name of a traditional performance in the lower part of the Northeast that associates a dancing mantis and singing about flirtation. Singers may invent their own lyrics.

Khmer Thin Thai is among the endangered languages in Thailand that will likely vanish as the young generation abandons them for the dominant Thai language.

Peerapat's younger sister avoids speaking the dialect even at home.

She worries that her ethnic dialect will influence her Thai, which also means being looked down on by her peers. She also fears that people will assume that she, as a migrant based on her exotic accent, is an "underdeveloped" person.

In the siblings' home village in Ban Prue in Surin's Prasat district, just 56 kilometres from the Thai-Cambodian border, the family earns a fair income by growing rice and raising mulberry silkworms. Some villagers do not teach their children the Khmer Thin Thai dialect, expecting them to assimilate into Thai society.

"Maybe our next generation will forget about our mother tongue despite the advantages it gives us," says Peerapat. "It allows us to communicate with people across the border."

The Khmer Thin Thai dialect helps speakers understand Cambodia's standard language, a benefit that will open opportunities to Peerapat when he graduates.

Thai-Cambodian border trade is worth an estimated US$4.4 billion, according to the Department of Trade Negotiations. The value jumped from $2.9 billion in 2011 to $5.6 billion in 2015, offering prospects to young locals such as Peerapat, who have an edge over monolingual Thais.

A century ago, people did not imagine that their ethnic language would become an asset. Intense Thaification and nationalist policies in the past pressured some ethnic communities to abandon their identity, including their mother tongue.

But things are changing. A borderless economy is creating opportunities for young ethnic people who can speak dialects similar to the languages of neighbouring countries.

ASHAMED OF THEIR ROOTS

According to Unesco, one language dies every 14 days. Half of the 7,000 languages and dialects spoken in the world today will likely disappear as communities abandon them for official languages.

This means the loss of knowledge, history and culture. Thailand, with its heterogeneous population, is no exception to this loss of diversity.

A study by Mahidol University's Research Institute for Languages and Cultures of Asia (RILCA) found 14 languages in Thailand on the brink of extinction mainly because they have no written form -- including the languages of the Maniq and Mlabri (forest dwellers in southern and northern regions respectively), Nyah Kur (an ethnic group in lower northern and northeastern provinces) and Song (an ethnic group in the East.)

Local dialects spoken by regional populations such as Lanna in the North, Isan in the Northeast and dialects in the South are also facing challenges.

Even though the young generation retain their regional accents, many unique local words have disappeared, replaced by words from the Central region that form the basis of the official Thai language.

Especially with the development and spread of media that use the Central region dialect, local varieties are being pushed aside. However, many young ethnic people are abandoning their own languages because of a feeling of embarrassment.

In the mid-20th century, as Southeast Asian nations threw off the shackles of colonialism, governments used linguistic nationalism and to create unity.

Indonesia's achievement was particularly impressive. Spread over 13,000 islands and speaking an estimated 600 languages and dialects, the state promoted Bahasa Indonesia to create a sense of identity in building a nation after gaining independence from the Dutch. 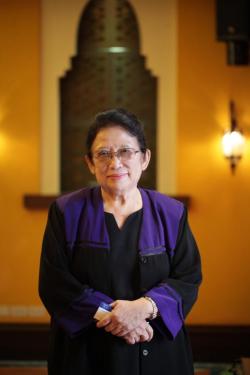 Thailand, the only Southeast Asian realm to maintain its independence, pursued a policy of promoting Thainess, imposing the language of the Central region across the country in a bid to create a distinct national identity.

Despite building respect for the nation, the implementation of Thaification policies has led to problems such as violence in provinces in the deep South where locals have been forced to use Thai and prohibited to speak Melayu and Yawi in public schools.

Meanwhile, some Thais still look down on people speaking Isan -- a language very similar to Lao. Young ethnic descendants who face discrimination often feel embarrassment or dislike for their origin, leading them to avoid speaking their own languages.

Ethnic children often feel stigmatised by the language barrier and become slow learners at government schools. Their low scores are partly attributed to the fact that they are using a language with which they are not familiar in school, rather than any shortcomings in their academic ability.

"Only the Thai language will survive because it's the language of the rulers. Thai education is managed by making every place homogenised," says linguistics expert Prof Emeritus Suwilai Premsrirat of Mahidol University.

"Studying in Thai is necessary for children. But the government should also respect local dialects. Giving children the opportunity to learn in their local dialect in school [together with Thai] will allow them to do a lot of things."

Among the benefits of using a mother tongue is passing on knowledge and cultural skills that >> >> can be deployed in creating valuable products.

For instance, the So Thavung ethnic community in Sakon Nakhon produces indigo-dyed fabrics and weaves mattresses, with techniques passed down for generations through the local dialect. Around 1,000 So Thavung live in Thailand.

For over a decade, Prof Suwilai and her research team have worked with ethnic groups to restore endangered languages by using the Thai alphabet to record the vocabulary of local dialects.

After several decades of Thaification, some young ethnic people have started to question their identity, hoping to find their place in the modern world.

Jittra Maneerod, 16, never wondered about her origin until recently when she started talking to elder members of the Nyah Kur community in Khum Dong in Thep Sathit district in Chaiyaphum.

According to tribal folklore, a smallpox plague forced the Nyah Kur from their homeland to their present abode. They are called "Kon Dong", meaning forest dweller, the term Thais gave to the population they consider savage.

The Nyah Kur live in peace and obtained knowledge of wild herbs from their ancestors whose lives were inextricably tied to the forest.

Two years ago, a community leader encouraged Jittra to research her mother tongue. She found that her own language is on the verge of extinction.

The research, supported by RILCA, introduced her to elderly folk who spoke the Nyah Kur dialect. She discovered old knowledge and learned traditional dances.

She developed her relationship with community members and her performance at school improved.

"Before I identified myself with my community, I just focused on playing, skipping classes and causing trouble. I didn't care about my mother dialect. I spoke only Thai because I didn't want people to call me Kon Dong," she says.

"My mother language shows that I have home. I have roots. It makes me want to be a better person."

But she regards language resurrection as more than restoring her ethnic identity. It's about her future, one in which she can connect to the creative economy and wider society.

The Nyah Kur have their own costume design with unique embroidery. Jittra has adapted traditional designs to make short-sleeved shirts that suit modern fashion.

This is added value for local products -- similar to the adaptation of Karen traditional costume to make V-neck T-shirts popular among young urbanites.

But for the Nyah Kur, there's still a lot more to do. They need product marketing and promoting. As senior members aren't familiar with commerce, young people like Jittra will play an important role.

"Young ethnic people don't see mother tongues as foreign languages. If you see language proficiency as an asset, these people have skills that others don't have," says Mirinda Burarungrot, a RILCA researcher.

Although the focus is on industry, Ms Mirinda believes the SEZs will have more capacity if they involve ethnic people such as the Khmer Thin Thai who can communicate with Cambodians, or Muslims in the deep South who can speak Melayu with Malays from Thailand's southern neighbour.

Another area with good prospects is hospital business in border towns which can attract patients from neighbouring countries, with local dialect speakers serving as translators. Tourism in border towns needs local guides who can speak several languages.

Many of the ethnic groups live near borders. An angle that might be overlooked is that ethnic languages can improve relationships between citizens across borders.

"A mother language is a love language. It can build good relationships between Asean citizens. Ethnic groups can play a role as ambassadors."

This is experienced by some ethnic groups who discover strangers speaking the same language in neighbouring countries.

Pranee Ra-ngabphai, 37, an ethnic Kuay living in Ban Sam village in Khun Han district in Si Sa Ket, once visited Cambodia and discovered a community that speaks Kuay. "It was very exciting. We thought that it was just us in this world," she says, adding that her new friends were also excited to discover ethnic kin in Thailand.

Kuay is one of Thailand's most endangered languages, with many young people in the community abandoning their linguistic heritage.

In an attempt to save the dialect, she encouraged teenagers to compile books about folk tales by talking with elderly members. The process of making these books allowed young people to see the value of their mother tongue.

Young Kuay have also picked up traditional weaving techniques from the community's senior craft makers. Now they make silk sarongs that sell for 1,500 baht per piece.

The almost-lost language has been revitalised but without concerted effort the trend may just prolong the death of these old dialects that have connected people for centuries. 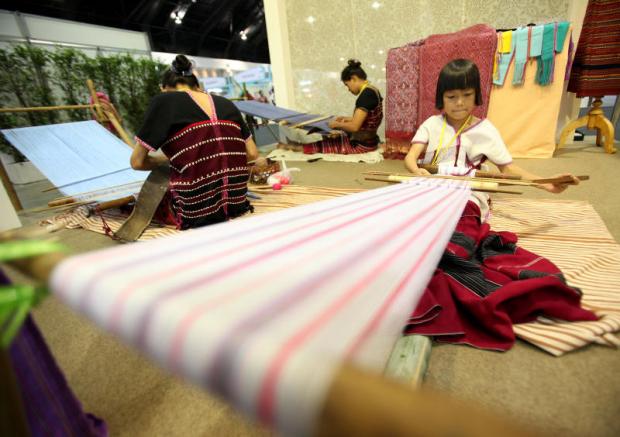 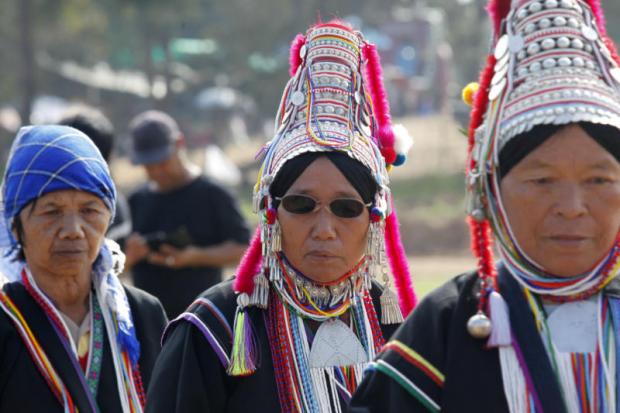 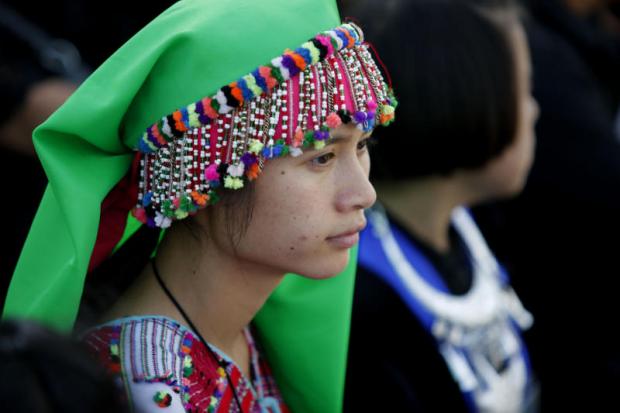 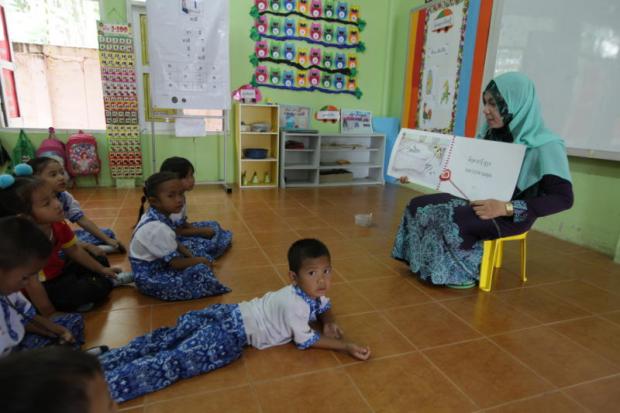 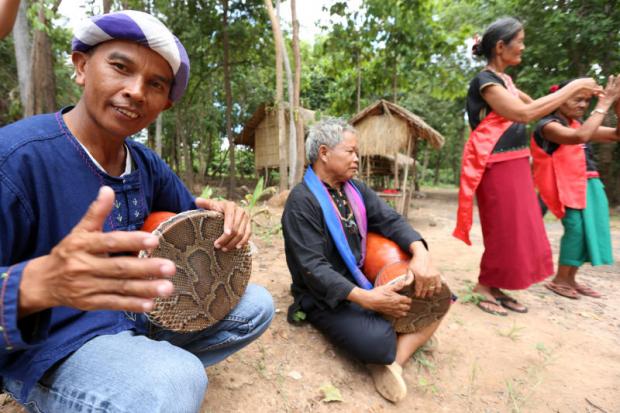 Deputy Transport Minister Thaworn Senneam has put the brakes on a plan to transfer four airports under the supervision of the Department of Airports (DOA) to the Airports of Thailand (AoT) Plc to manage, saying a thorough study is necessary to avoid legal problems and benefit the public.

Govt to consider joining Asia-Pacific trade pact in a month

The cabinet has agreed to set up a committee to consider whether Thailand should seek membership in an Asia-Pacific trade agreement after widespread opposition last month amid concerns joining the pact may harm the agriculture industry.

KRABI: The naked body of an unidentified foreign man with flower tattoos on his left arm was found floating in the sea near Koh Pada off the coast of Krabi province.