Transgender women are regularly recruited as the stars of conscription season coverage, but many would rather lay low

When thinking back on her life, Jess can recall some things that she's not proud of. But of all her the bad experiences, there is one that stands out to her -- one that never fails to make her feel sinful to think about. 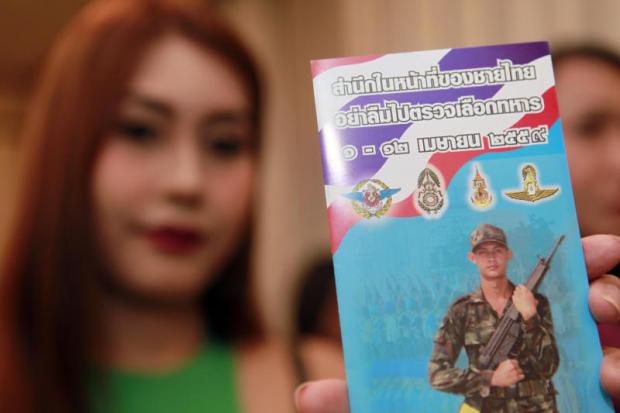 the full package: A transgender woman holds up a conscription guide at a seminar in Bangkok organised to educate transgenders about their rights. PHOTO: Apichart Jinakul

For a transgender woman like Jess, the thought of being conscripted into the army is worrying. In a society in which transpeople are already marked as "other", it's hard enough for her to go about her daily life. Jess is from southern Thailand where the Muslim majority tends to hold more conservative attitudes towards transpeople.

Fearing conscription, Jess tried to think of ways she might get out of it. Her family isn't rich, so bribing an officer wasn't an option. She went to visit the military registrar in her province to see what she could do.

She was shocked to learn that to receive an exemption pass, she would have to perform oral sex on the officer. In the end, she walked away with an official document explaining how her "mental illness" made her unfit for service.

"I hated myself at the time for what I did, but I felt I had no other choice," Jess said.

Nowadays, there are many organisations that offer help to transgender people to cope with the pressure of conscription. The military has also stepped up to support transwomen's rights and dignity are not violated in the process.

But one thing remains the same every conscription season -- the media's tendency to treat transwomen, or kathoey, as subjects of mockery. 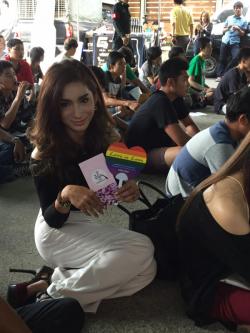 heart on sleeve: A transgender woman waiting on the floor at a conscription event last year. PHOTO: Thai Transgender Alliance

In the annual military conscription season of April, Thais are treated to news coverage of conscription events from regions across the country.

The coverage has a tendency to focus on flashy images or figures, from film star attendees to men passing out after selecting the fateful red ticket from the box. Then you have the stylish and attractive transwomen who are summoned to conscription.

Headlines and captions like "Beautiful dude in a dress" and "More beautiful than a real woman" make the rounds on media, from local outlets to blogs. The subjects of these headlines seem to be the stars of conscription season stories, but sometimes they don't want to be.

"The media needs to understand that they have control of their [transgender] stories," said Sirote Klampaiboon, an independent scholar and journalist. "The media should portray them just as they are, not how they want them to be to sell stories.

"There are some transgender people who don't even want their stories told since they have friends or family who don't know they're trans yet. Outing them in the media without their permission is unethical. Everyone has the right to privacy and human rights. Transpeople are not here to produce material for public mockery."

Ronnapoom Samakkeekarom, the president of the Thai Transgender Alliance (TTA) and a lecturer at Thammasat University's faculty of public health, receives a flood of phone calls from transgender youth who face the threat of conscription every year.

Many of these phone calls inquire into how to prepare for the event, including how to dodge being outed by media coverage.

After receiving plenty complaints about damaging media coverage, Ronnapoom decided he should start conducting research about how news outlets depict transgender women during military conscription season. He started collecting newspaper and television data from the conscription dates, April 1-10, from 2014 to 2016.

In a sample of 72 news sources featuring the keywords "transgender" and "military conscription", 69 of them were focused on transwomen attending the events.

"Transpeople are always picked out and closely scrutinised by the media," Ronnapoom explained. "They are compared to women, mocked or forced to come out, and just plain violated. These are some of the complaints we hear from young transgender people about why they don't want to go to the conscription. Even though they will not be conscripted, they will definitely be mocked.

"Many transgender youth want to escape this shameful situation of being mocked by media by killing themselves just so they don't have to deal with it," he added.

The TTA has been advocating for the respect and protection of transgender rights since 2005. It took six years before being transgender could be recognised, rather than "mental illness", as an official reason to avoid conscription. This exemption was permitted to those who have a body not consistent with their birth sex, and those who have undergone full gender reassignment or breast augmentation surgery.

Col Somphol Palathai, director of the Royal Thai Army's military recruiting unit, tells his conscription units that transgender women must be respected as if they were their own sisters.

Since the TTA has been active, a series of changes have been introduced to better transwomen's experience of conscription. For example, the army now offers a designated waiting area for katoeys where they can sit on chairs, while other men must wait on the floor. As for the examination room, it is restricted to doctors so katoeys don't need to worry about being humiliated in front of others in public.

"There are at least 2,000 to 4,000 transgender people visiting conscription units over Thailand every year and I always issue an order to other potential conscripts to be polite to them," said Col Somphol. "We've come really far from the old days when we didn't distinguish transgender women from other men. We're now trying our best to make sure everyone is treated fairly."

Besides the basic conscription rituals, Col Somphol says the media must be sensitive in how they treat transwomen's stories. To cover stories on military conscription events, the media must first contact the recruiting unit for permission. Then, they must ensure they get legal consent from individuals to publish their stories.

"I encourage media people to cover only informative and creative stories, to pay respect to transgender people, and don't lead them to feel ashamed or embarrassed," Col Somphol advised.

One reason why transgender people make for popular news stories is how they tend to dress. With many sporting flashy dresses, fancy hairdos and heavy makeup, they can stand out easily in a crowd.

"They demand attention and that's what they get," says Sak, a journalist who's covered the military conscription event several times.

Given the competitive nature of the news world, he says he'll pounce on any catchy story line: "I usually do any story that will guarantee an audience and katoey stories are always among one of the top viewed stories."

Sirote has spoken with several young transwomen who have undergone conscription and has noticed a strategy in their fashion choices.

"They almost have to 'scream' their identity through their appearance to make sure everyone knows their preferred gender," Sirote explains. "They have to make sure that military people know they are katoey.

"They may or may not wear heavy makeup or dresses on regular days, but on conscription day, they have to make sure they avoid getting conscripted by exhibiting their femininity."

He adds: "If the army really understood what transpeople are about, they wouldn't have to try this hard to pin down their gender. If the military learns what it really means to be transgender, this mockery wouldn't occur in the media."

Some transwomen avoid dressing femininely for conscription since they're still in the closet about their gender to their family. But if their image surfaces in newspapers, on television or the internet, they could be outed. However, they often feel like they have no choice but to dress the part -- they'll take any measures to avoid the army.

"I plan to put on my best dress, a wig, eyelashes, earrings and heavy makeup," says May, a transgender person who will attend the conscription process this year.

"I want military officials to see that I'm clearly not qualified to join the army. I know I will be mocked, I know people will post photos of me on social media.

"But I only have to live with the shame for a day, and I won't have to deal with it for the rest of my life. This is what it takes to avoid conscription. I will do it without holding back.

"We don't even need to be put in a special area with chairs while other people are sitting on the floor [at conscription]. We just want to be treated equally. We really mean it. All we really need is people to respect us for who we are. Don't mock us or make fun of our gender."

TIME FOR A CHANGE

Uajit Virojtrairat, the director of the Foundation for Media Studies and a member of the sub-commission on broadcasting media consumer protection, says that it's time to issue a unified media message on respecting katoeys facing conscription.

As much work that advocates and the government can do to encourage katoeys' stories to be told respectfully, there is still the far more indomitable realm of social media. People can upload information they aren't aware poses a human rights violation.

"Media ethics should be discussed among everyone, not just among the mainstream media, but also people in general," Uajit explained.

Since news outlets rely on stringers to get local stories, they must also inform these reporters and photographers to be cautious about the stories they curate.

"There are many forms of information that shape the way we think nowadays," says Uajit. "This information inevitably changes the way we think. It transforms the different terms and the mindsets we use to approach 'different' type of people. If the media tells us we shouldn't make fun of transgender people any more, society will listen. The culture of thinking will change.

"Nowadays, I think no one wants to see people being mocked for their gender. The days of making fun of people who are 'different' is over. I believe that millions of Thai people are sick of this type of attitude."

Uajit plans to launch a research project on the media's backward treatment of people with non-hetornomative gender or sexuality backgrounds.

She believes that if the media has been instructed on how to ethically report on transpeople, they won't publish stories that disrupt their reputation or dignity.

"It's time for us to overcome people's ignorance concerning gender differences," she says. "Mainstream media, local media and social media have to understand what kind of stories actually add value to society.

"I understand that it is competitive out there but quality news is known to attract quality readers and, when published and shared, it can slowly change the way we think of people who are 'different' for the better." 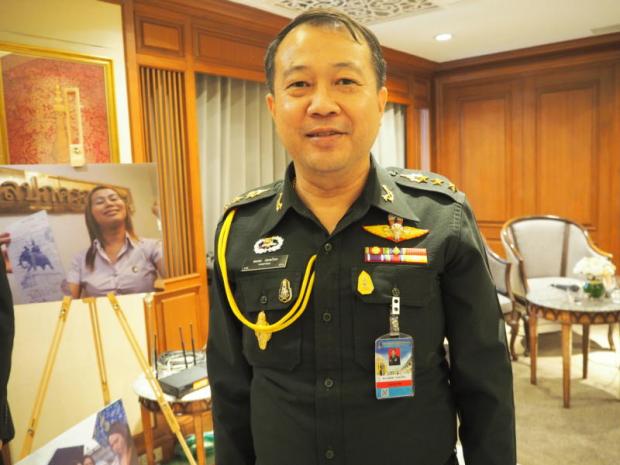 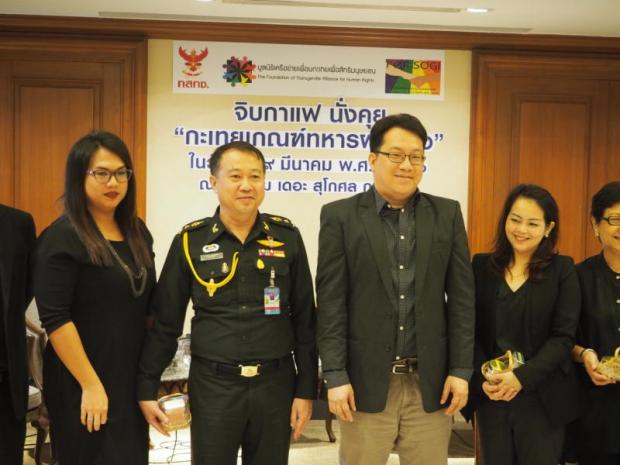 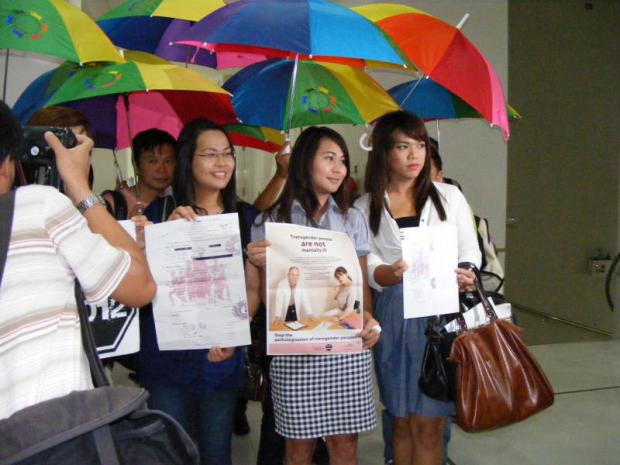 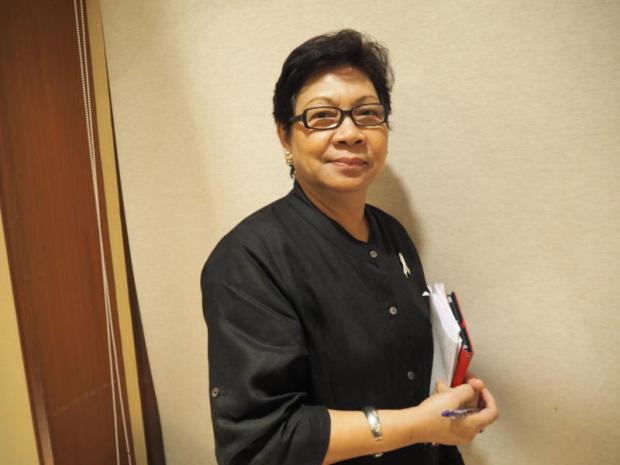 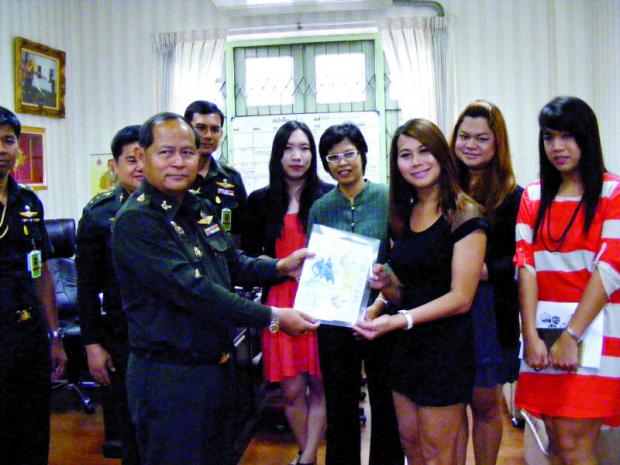