To be or not to be in Thailand
Thailand
Special Report

To be or not to be in Thailand

Shakespeare has an important place in the kingdom's popular culture

Most Thais regard William Shakespeare's plays as high art which they have to climb a balcony to understand, though they may be surprised to find that the Bard's plays are not all Greek to them.

Aside from the Elizabethan lingo, the plots and allusions of several Shakespeare plays have found a home in Thai popular culture and are still fashionable more than four centuries after his passing.

For instance, the lead character of Taddao Bussaya, a soap opera based on the novel of the same title, disguised herself as a man to be a servant of Chao Noi with a personal mission before enjoying a happy ending with Chao Noi.

Does the plot sound similar to that of Twelfth Night? The 1601 play depicts the protagonist, Viola, cross-dressing as a eunuch to serve the Duke Orsino with whom she eventually falls in love.

In Love in Revenge, the directorial debut of Takonkiet Viravan and the first TV drama by his company Exact Co in 1992, the two lead characters' romance ends in tragedy due to the rivalry between their families. In the climax, the star-crossed lovers die dramatically a la Romeo and Juliet.

In the last scene of Love in Revenge, the protagonists cannot even hold hands as the girl's cold-blooded father stands over them to impede their last wish.

"Prior to that, Thai dramas usually had a happy ending. Takonkiet used a dramatic scene inspired by Shakespeare to make a big impact on the audience," said Paradee Tungtang, a literature lecturer at Khon Kaen University.

The feedback was overwhelming. Audiences wept in sympathy and Love in Revenge was a hit, Paradee said during a recent seminar entitled "A Midsummer Day with Shakespeare" held at Chulalongkorn University to mark the 400th anniversary of the passing of the world's most popular playwright. Shakespeare died in Stratford-upon-Avon on April 23, 1616.

In spite of changing times, the Bard of Avon continues to inspire people around the globe.

In a 2015 survey Shakespeare was voted Britain's No.1 cultural icon, ahead of Queen Elizabeth II and David Beckham.

"His work facilitates dialogue that contributes to the building of a civil society," Glass said, citing the fact Nelson Mandela read Shakespeare while he was imprisoned on Robben Island for 18 years. The revered South African statesman once said: "To be taken seriously as a politician, one must always quote from Shakespeare."

The Bard has also been prominent in popular culture around the globe. Taylor Swift's Love Story video was inspired by Romeo and Juliet. The 1991 Keanu Reeves film My Own Private Idaho was inspired by Henry V, written in 1599.

Glass also compared the plot of the 1994 Disney animated feature The Lion King and Hamlet (1601) to show how the Bard is still alive through his 37 plays, 154 sonnets and more than 100 idioms. Half the students worldwide study his works, which have been translated into over 100 languages. "His inspiration is endless," Glass said.

The entry of Shakespeare into Siam is quite an irony. While most Asian nations were introduced to Shakespeare by Western colonialists during the 19th century, Siam's monarchs felt the need to westernise the country to escape colonisation.

"People thought that reading Shakespeare would be an indicator that the Siamese are intellectual and civilised," said Paradee.

"Shakespeare arrived as one of several significant elements of the nation's self-westernisation in literary education," Paradee added. 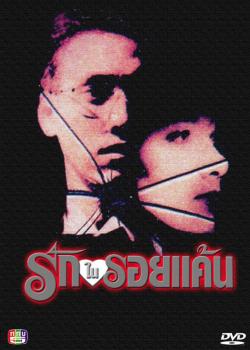 Although there were other attempts to translate Shakespeare before and after King Vajiravudh, none has been as successful as his versions. This can also be attributed to the fact that later writers did not want to translate the same plays the king had already covered.

Moreover, appreciation of Shakespeare's original plays was restricted to students and elite circles, even though King Vajiravudh translated the plays to enable Thais to enjoy the beauty of the Bard.

It is a challenging task indeed because of the different cultural contexts of early modern English and Thai verse and prose.

The fact that Shakespeare's plays had been translated by the monarch also created the perception that they were elitist, even though they were meant to entertain all people.

Paradee explained that, prior to 1932, the court theatre in Siam was separate from popular theatre. Royal performances were perceived as high-class with the characters acting through mime or traditional dance, even though the props and costumes were spectacular such as those used in traditional khon performances.

"In fact, Shakespeare was intended to be performed in public places to enable people from all walks of life to enjoy the plays, which are full of emotion," said Pachee Yuvajita, a lecturer at Chulalongkorn University's faculty of arts who has taught Shakespeare for several decades.

"Shakespeare deals with the subjects of our experience such as love, hate, war and peace, and family relations. Shakespeare helps us better understand human beings.

"Even before the advent of psychology, Macbeth, for example, shows characters with psychological depth such as a sense of guilt. Lady Macbeth is a feminist as she crossed the threshold of being a wife by getting involved in politics."

Some plays featured cross-dressing characters long before the debate about gender diversity.

Shakespeare's plays also feature words revealing emotions such as love and lust or vulgar words to express the characters' feelings.

Pachee said when she started teaching Shakespeare to Thai students some 40 years ago, teachers found it hard to explain certain words because their meanings "crossed the borderline of decency".

"Sometimes, when dealing with a romantic scene, the teacher's face turned red," she said.

This is despite the fact that some main characters in Shakespeare's plays parallel certain characters in Eastern literature, showing the universality of the characters and the themes. Shylock in The Merchant of Venice, for instance, is comparable to Jujaka, the greedy old Brahmin beggar from Vessantara Jataka, the story of Buddha's past life, Paradee said.

According to Nirada Chitrakara, a linguistics lecturer, translating Shakespeare's plays into Thai is a challenging task due to the different writing styles and different cultural backgrounds. 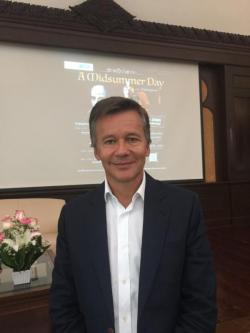 Moreover, the meanings of some words have changed considerably since Shakespeare's days. For instance, "temper" meant "self-control" in Shakespeare's plays, even though it means "anger" now. "Awful" is something bad now, but in Shakespeare's time it meant "worthy of respect". Nirada cited the line "benign lord that will prove awful both in deed and word" to illustrate the point.

Phrae Chittiphalangsri, a translation lecturer, said King Vajiravudh once talked about his approach to translating the Bard's plays. "Ultimately, in writing verses in Thai for this play, I tried to stay close to the words and manners of the original written by Shakespeare himself rather than focusing on Thai rhymes," the king wrote in 1922.

Shakespeare penned his plays in blank verse. Thai translators, however, tend to incorporate rhyme to maintain the aesthetic charm of the Thai language. King Vajiravudh translated Romeo and Juliet, The Merchant of Venice and As You Like It in verse and prose.

Noppamart Waewhong, a translator whose works are often used as a reference, translated Macbeth, Twelfth Night, The Tempest and A Midsummer Night's Dream in prose with occasional rhymes and blank verse, said Phrae.

According to a translation by Paradee, King Vajiravudh translated Act 4, Scene 1 of The Merchant of Venice from "The quality of mercy is not strain'd. It droppeth as the gentle rain from heaven" to "The act of mercy/ will not come by anyone's force/ It dropped like a pleasant rain/ from heaven above to earth."

"That line has become one of the most popular in Shakespeare's plays. The Thai translation helps Thais who don't read English to overcome the language barrier. Also, although the line was not a direct translation, it captures its essence and preserves the aesthetics of the Thai language," said Paradee.

Simon Wright, a lecturer at Chulalongkorn University's faculty of arts, said students of the original plays should read the lines aloud to get the feeling of the words. "To be or not to be" attains its power showing that Hamlet is contemplating suicide only when the actor highlights the stressed words to convey emotion.

His advice to contemporary actors is that they don't have to understand every single word. "Use your common sense. Trust your belief in language," he said.

Why is Shakespeare still relevant after all these years? Wright draws comparisons between Shakespeare's time and the current situation globally and in Thailand.

"Shakespeare lived during tumultuous times, 100 years after a civil war in England [War of the Roses] with another one on the way [English Civil War]. The plays explored the nature of leadership or what makes a good king. Society was divided by class and riven by political conflicts," he said.

He referred to the mob in Julius Caesar, similar to the colour-coded groups in Thai politics. "The mob is something unruly, troubled and dangerous, something to be used by politicians."

The role of the mob has been relevant since the days of ancient Rome to the situation in contemporary Thailand. 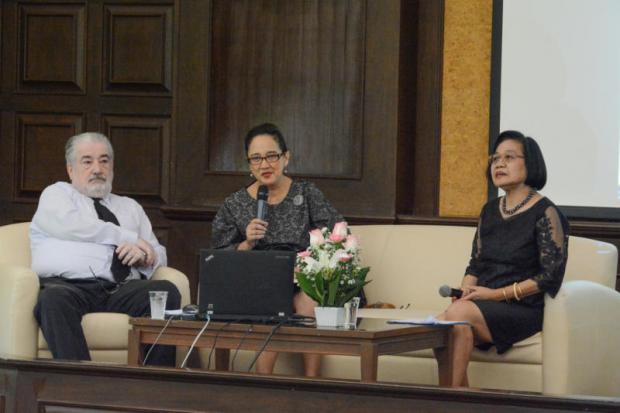 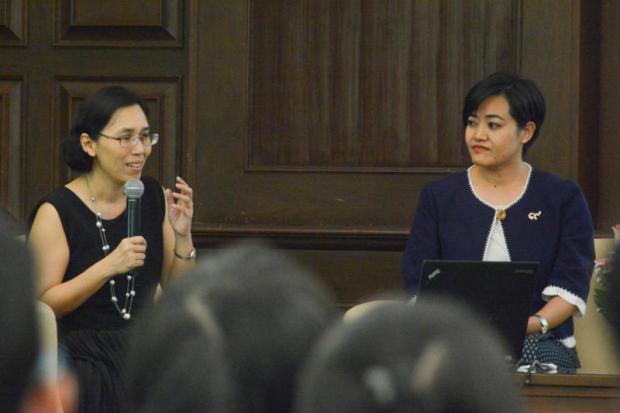 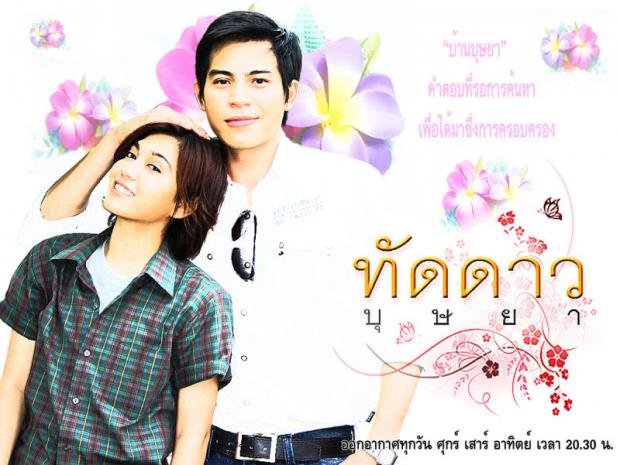 INFLUENCE: The plot of 'Taddao Bussaya' has shades of Shakespeare's 'Twelfth Night'. SUPPLIED 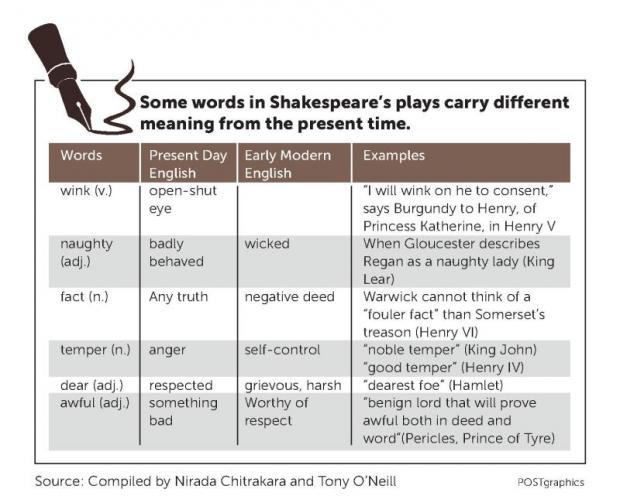